Parents called WFMY News 2 saying their children had chemical burns after using a splash pad at Bombay Park in Denton. 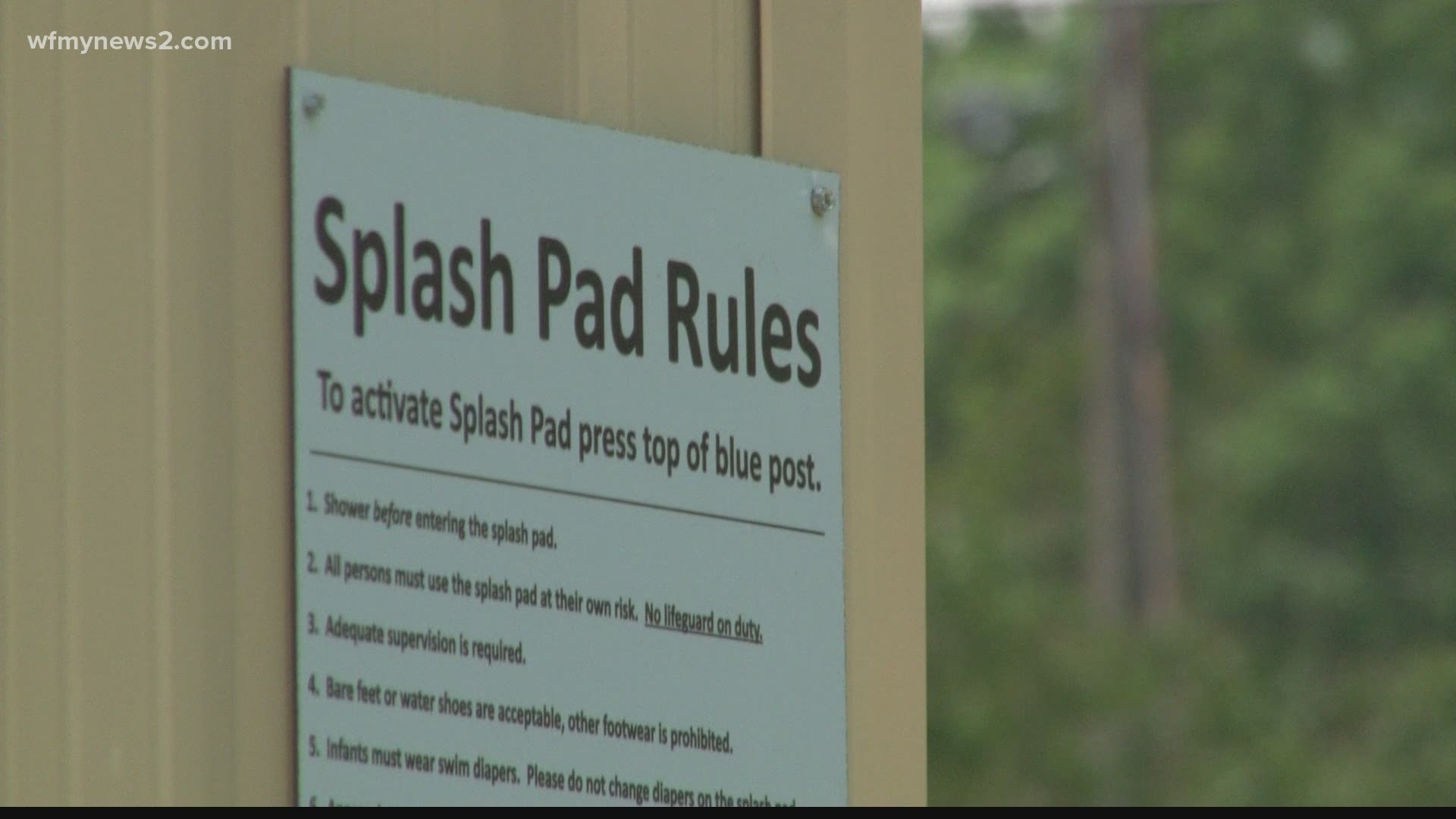 DENTON, N.C. — Parents are scrutinizing a splash pad in Denton after they're concerned it caused chemical burns on children earlier this week.

WFMY News 2 crews drove out to the site today to find county crews working and inspecting the site.

Though they did not want to go on camera, Davidson County Parks and Recreation Director Thomas Marshburn was on site Friday.

He said he came out to check the system Tuesday morning, and the water and chemical levels were normal.

He said it wasn't until Tuesday night he started getting calls from parents about their children having chemical burns after using the splash pad.

Health Director Lillian Koontz said they were here to inspect the site, and while they're aware of the calls Parks and Rec received from concerned parents, Koontz said the health department hasn't received any calls themselves.

"Upon request by Davidson County Parks & Rec department, the Health Department made a visit to the site. At that time the facility operations had been suspended by Parks & Rec so they may investigate issues. Our office will work with them to assist in evaluation of the water quality before re-opening the splash pad," Koontz said.

Koontz said the splash pad will not reopen until it's cleared by the health department.

The Director of Wesleyan Child Development Center sent WFMY a statement regarding the incident at the splash pad:

"As the Director of Wesleyan Child Development Center, I just want to say that this was a very unfortunate event, but we are glad that our children were not hurt any more than they were. The staff and parents are grateful to our community for their support to everyone who is investigating the situation and those working to repair the Splash Pad."

Unfortunately Davidson County has had to shut down the Splash Pad at Bombay Park due to mechanical issues. They are...