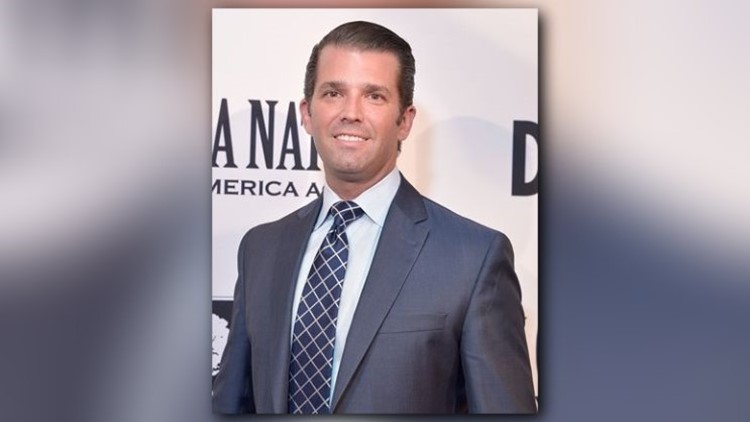 CHARLOTTE, N.C. — Donald Trump Jr. and Kimberly Guilfoyle will be in Charlotte Wednesday for a fundraising event for Senator Dan Bishop.

The couple will be appearing at an event for Bishop, who is running for North Carolina's 9th Congressional District again Dan McCready. No additional details about the event were released.

Last week, President Donald Trump tweeted he would be visiting North Carolina to campaign for Bishop. The rally is scheduled for Monday, September 9 in Fayetteville.

The North Carolina 9th Congressional District election is Tuesday, September 10. The district stretches from south Charlotte to parts of Fayetteville.

McCready appeared to have lost the first election last November to then GOP candidate Mark Harris but those results were thrown out after it was revealed there had been absentee voter fraud. When a new election was called, Harris dropped out and Bishop won the primary to take on McCready.

Also happening Wednesday in Charlotte, democratic presidential candidate Joe Biden will be at an event at Clinton College.

RELATED: One year until RNC 2020: Everything you need to know.