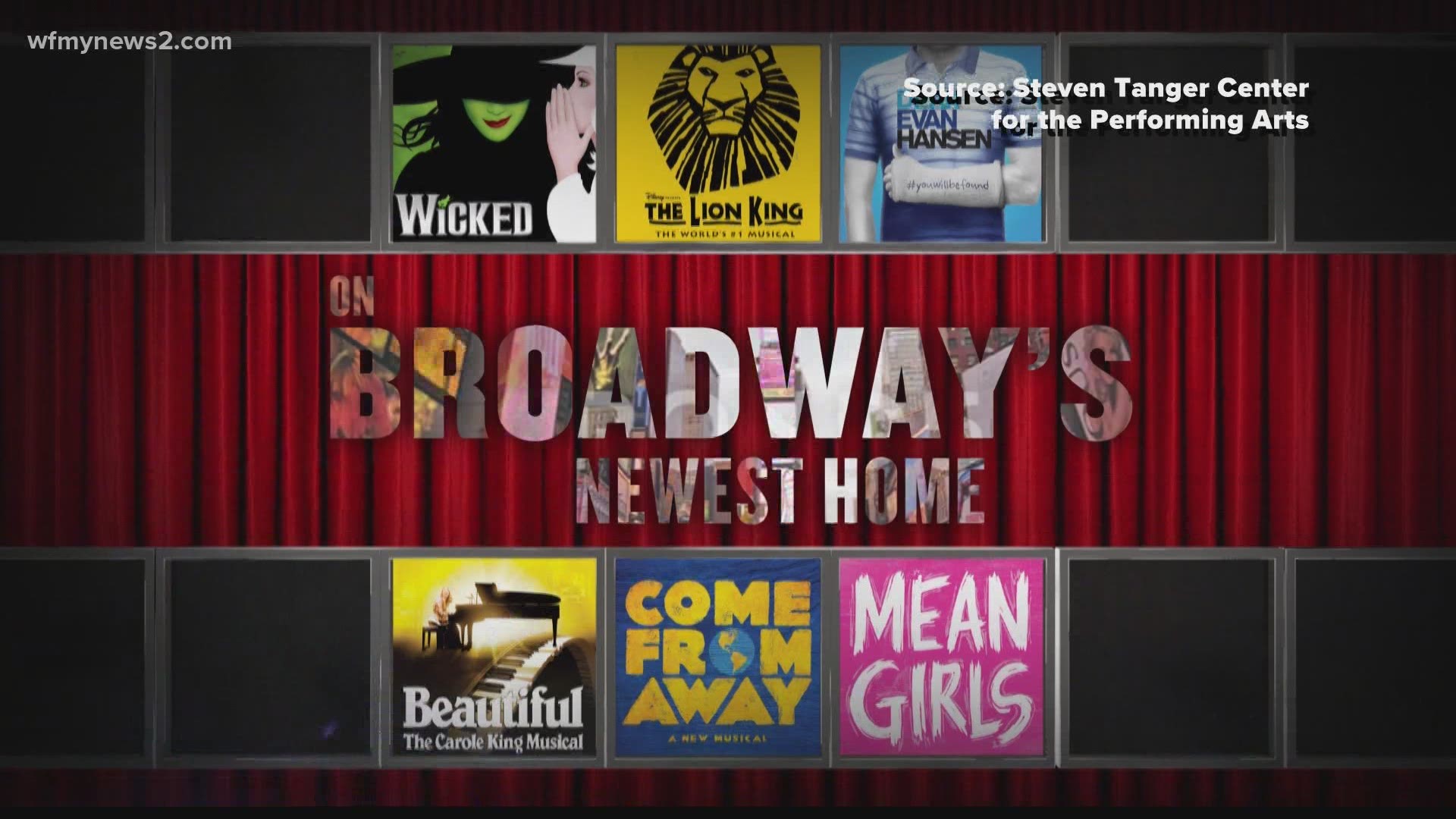 GREENSBORO, N.C. — It was supposed to be the year of the Tanger Center.

Years of planning, construction and anticipation was coming to a close in 2020 and then the coronavirus pandemic happened.

Organizers canceled the grand opening and all the major shows.

One year later, the new addition to downtown Greensboro is still unused but it won't stay that way for much longer. Broadway shows are set for this fall.

The Steven Tanger Center for the Performing Arts said those first six Broadway shows could bring hundreds of thousands to the entertainment venue on their own.

It could mean a turn around for the Tanger Center and businesses nearby.

Some of those coming from out of town to see shows will need a place to stay. The casts and crews will too.

"They are a captive audience for two or three weeks while they're here in town," Madison Carroll Snyder said.

A captive audience with dollars to spend is something some Greensboro businesses haven't seen in the past year.

"(This will) drive restaurants throughout our region to bring them back to life hopefully even attract new restaurants," Tanger Center Managing Director Matthew Brown said.

The Tanger Center announced Wednesday its Broadway shows will start in the fall.

"We are so excited to finally have dates on the calendar for this post-COVID world that we're all living in," Snyder said.

Snyder runs the nearby Hyatt Place Hotel on Eugene Street.

She said they're already seeing an increase in bookings as coronavirus restrictions loosen.

The first show--Wicked--is set to open in October which Snyder said is usually a busy month.

"It looks like the first show is actually going to occur during furniture market," Snyder said.

Hotel occupancy decreased about 30 percent in October 2020 compared to the year before.

Snyder said the Tanger Center's first Broadway season could create the boost downtown needs to recover from the pandemic.

Hyatt Place Hotel hopes to offer rooms to show cast and crew at a reduced rate.

"I know the rest of the hotel community is so excited to have the opportunity to have the whole city sell out in one week so it's very exciting," Snyder said.

Brown said safety precautions will be in place when the Tanger Center opens. By October, the hope is to open at full capacity.

"We'll all put back the experience of this past year behind us and look forward to moving on to getting back to normal," Brown said.

No word on when the Tanger Center's grand opening will be.