The convention center is hosting a national cheer competition, and Bankers Life Fieldhouse is holding “Disney on Ice.” 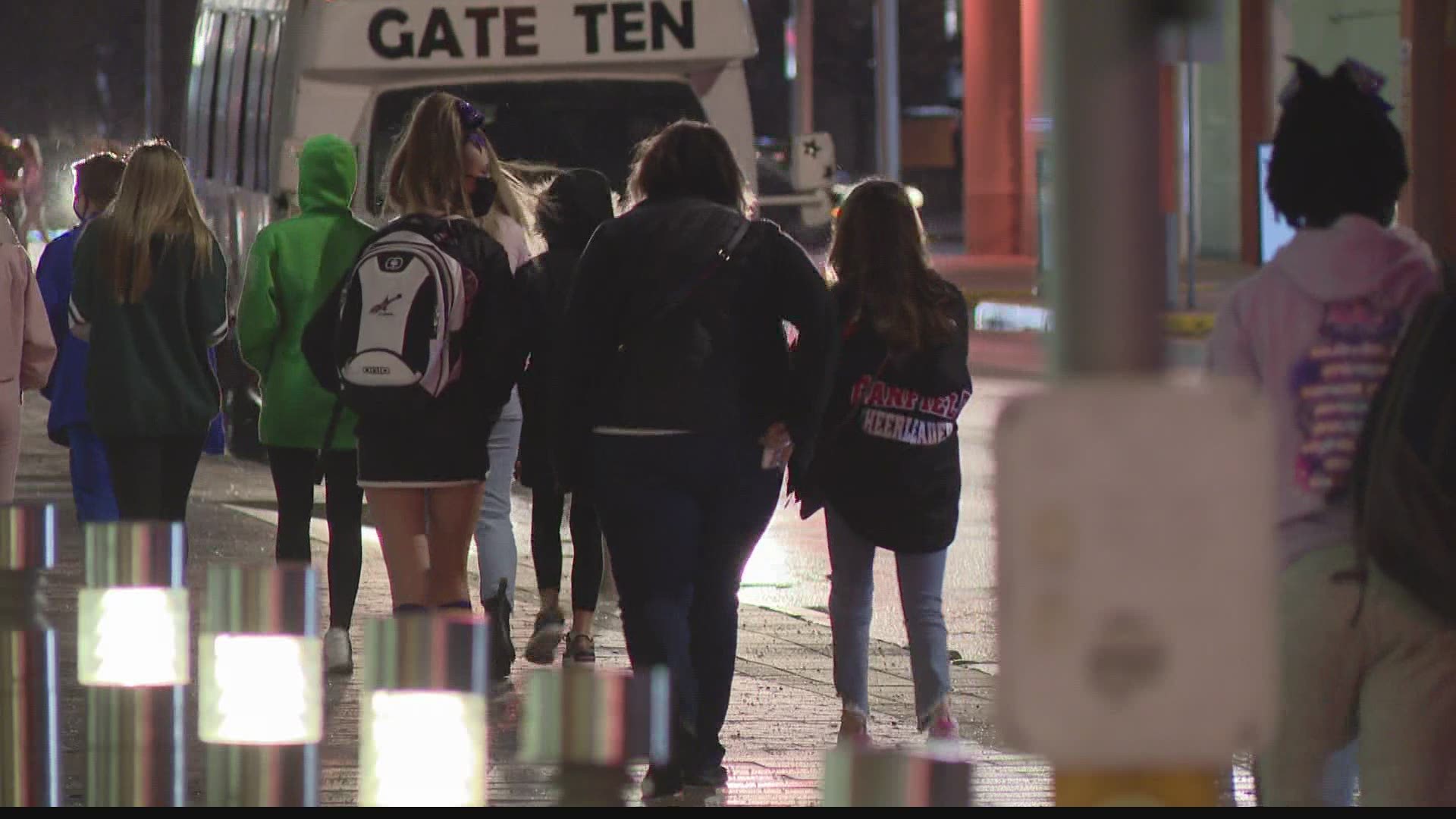 INDIANAPOLIS — Downtown Indy’s tourism industry took a hit in 2020 hurting local restaurants and shops but this weekend, downtown is seeing a boom in business as major events return.

The convention center is hosting a national cheer competition, and Bankers Life Fieldhouse is holding “Disney on Ice.” Both events are taking extra safety precautions while welcoming back hundreds to the downtown area.

“With social distancing, it has been very hard to get out and about, but I think they have a lot of things put in place for downtown. So, I feel pretty safe coming out,” said Katie Millikin, who came from Franklin to see “Disney on Ice.”

“Disney on Ice” returned after a seven-and-a-half-month hiatus.

It’s the first big show to be at Bankers Life Fieldhouse since the pandemic. They set up special “pod seating” for each group.

Over at the convention center, thousands of families traveled to Indy for JAMfest, a mega cheer competition.

“It was good. We all had masks on, and it was all separated,” said Kylee Murphy, who was one of the competitors.

Credit: Lauren Kostiuk
Downtown Indy was busier Saturday night as the city hosted a cheer competition and Disney on Ice.

A year ago, this would be a normal weekend for downtown, but business owners say they haven’t seen this many people in months.

“We stopped reservations completely, and people still come in to get on the waitlist. They are coming by and asking how long the wait is and I’m like, ‘Oh, an hour and 15 or an hour and 30.’ They are like, ‘OK, put our names down,’” said Dominique Paige, a manager at The Old Spaghetti Factory.

At one point, people were lined up outside the door to get in to The Old Spaghetti Factory. The restaurant was careful to follow COVID-19 guidelines but was excited to see business.

Other nearby restaurants like The District Tap and Taxman Brewery said they were seeing an increase in business as well.

Many are hoping this is a sign of the city waking up.

In March, Indianapolis will be hosting the entire NCAA tournament, with most of it happening downtown.