Dozens Get Sick After Swimming In Community Pool in Davidson County 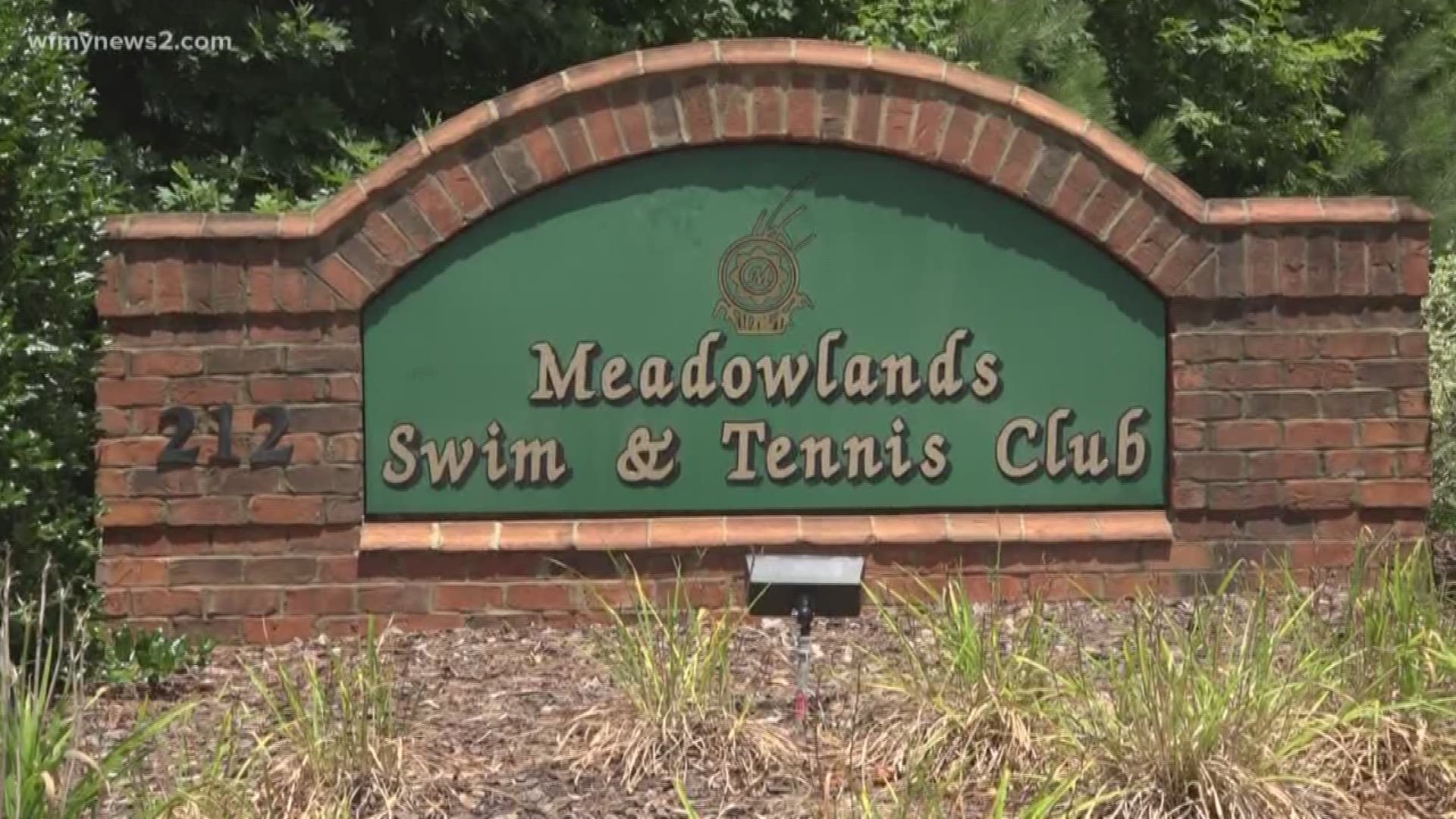 DAVIDSON COUNTY, N.C. (WFMY)-- Dozens of people reported being sickened after swimming in the pool at Meadowlands Swim and Tennis Club.

The Davidson County Health Department said they heard 60 people were sick, but could only confirm receiving calls from about 20 people who contacted them about being sick after being at the pool.

Aqua Tech said in a statement to WFMY News 2 they closed all pools and took other Centers for Disease Control (CDC) actions, which included:

The statement from Aqua Tech reads as follows:

"Aqua Tech regrets what occurred at the Meadowlands Community in June. We were informed that some people got sick at the pool. We worked diligently with the Davidson County Health Department to determine the causes. We don't know what caused the sicknesses. We were told some people had pink eye, swimmers ear, and stomach issues. Upon being notified we immediately took actions recommended by the Center of Disease Control. We manage over a hundred pools in the State and have never experienced this problem. We make sure our pools meet proper standards, clubhouse and restrooms are clean and all equipment is clean."

The Meadowlands Community pools have been re-opened for over three weeks and there has been no recurrence of any similar illnesses, the statement says.

"I feel pretty good about what they've done since the outbreak and how they've handled it," Reams said. "I felt like they were pretty thorough at least in following the Health Departments standards."

WFMY obtained copies of the original emails Meadowlands sent out to residents telling them the pool was closed due to the mysterious bacteria that was spreading.

Meadowlands Community Manager Crystal Beaman said in the email "It came to our attention that bacteria was introduced into the pool while chlorine levels were not properly maintained by the pool management company (Aqua Tech)."

Also in the email, it was stated that the pool committee will have separate communications with those who reported falling ill. If you did not report your illness after swimming in the Meadowlands Swim and Tennis Club, you can reach management at poolconcerns@gmail.com.

Beaman stated Meadowlands is considering hiring a different management company since this incident with Aqua Tech.

WFMY spoke with the Davidson County Health Department. They dealt with this case. The Health Department says Meadowlands self-reported the incident and they came out to do inspections of the pool. The Department could not decipher the bacteria that caused all the illnesses because the amount of chorine in the pool interfered with their testing. They went on to say they checked out some of the people who reported pool-related illnesses, but again, could not determine the direct bacteria because they came in a couple of days after the incident happened. By that time it was too late.

Meadowlands closed down the pool on June 23rd and reopened on June 29th.