Some neighbors lost power because the truck got tangled in utility lines. 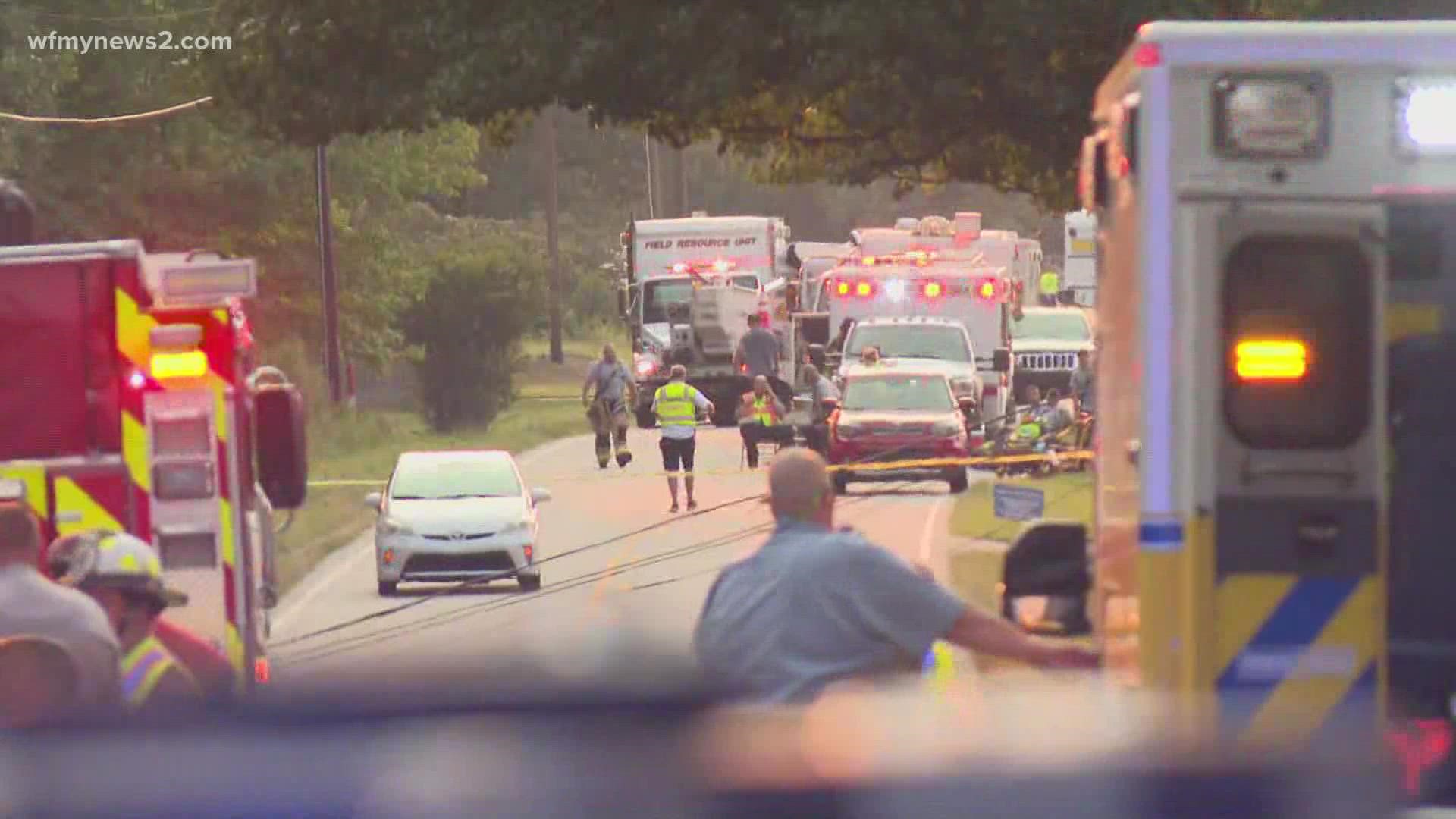 STOKESDALE, N.C. — The driver of a tanker truck filled with 6,000 gallons of a chemical substance died after an accident on Belews Creek Road Monday, according to officials.

Duke Energy said as of Tuesday afternoon about 40 customers are without power in the area. Crews said the truck got tangled in power lines, and the accident also created a hazardous materials situation.

Stokesdale fire officials said the truck was carrying Isobutyl acetate, which is highly flammable, and some of it spilled onto the road. It's used as a solvent and is found in wood lacquers, cosmetics, and thinners. It can cause nausea, dizziness, and headaches.

Not all 6,000 gallons spilled out of the truck. Chemsolv Inc. - based out of Roanoke, Virginia - owns the truck and sent a HAZMAT crew to unload it. Cleanup crews left the scene as of Tuesday morning.

The Highway Patrol said the truck's load was picked up in Charlotte but they do not know where it was being delivered or what caused the crash.