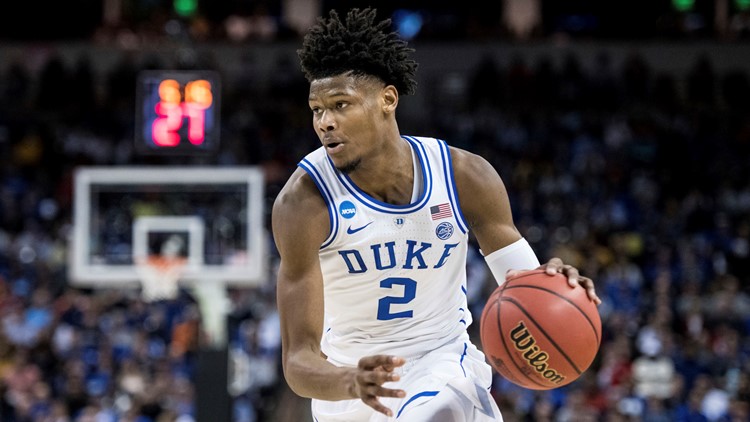 Photo by: AP
Duke forward Cam Reddish (2) dribbles the ball during the first half of a first-round game in the NCAA men's college basketball tournament Friday, March 22, 2019, in Columbia, S.C. (AP Photo/Sean Rayford)

Reddish announced his decision on his verified Instagram page Thursday, one day after teammate RJ Barrett said he was entering the draft. School spokesman Mike DeGeorge says Reddish has hired an agent.

Reddish averaged 13.5 points and hit 33 percent of his 3-pointers, with several coming in clutch situations. That includes one with 0.8 seconds remaining to lift Duke past Florida State in January.

Reddish is widely projected as a lottery pick.

His decision leaves AP player of the year Zion Williamson as the last Duke freshman starter yet to announce his plans for next season. Point guard Tre Jones said earlier this week he would return for his sophomore year.