The theater's season opening was delayed two months, now the family that runs it said they got the all clear from state officials. 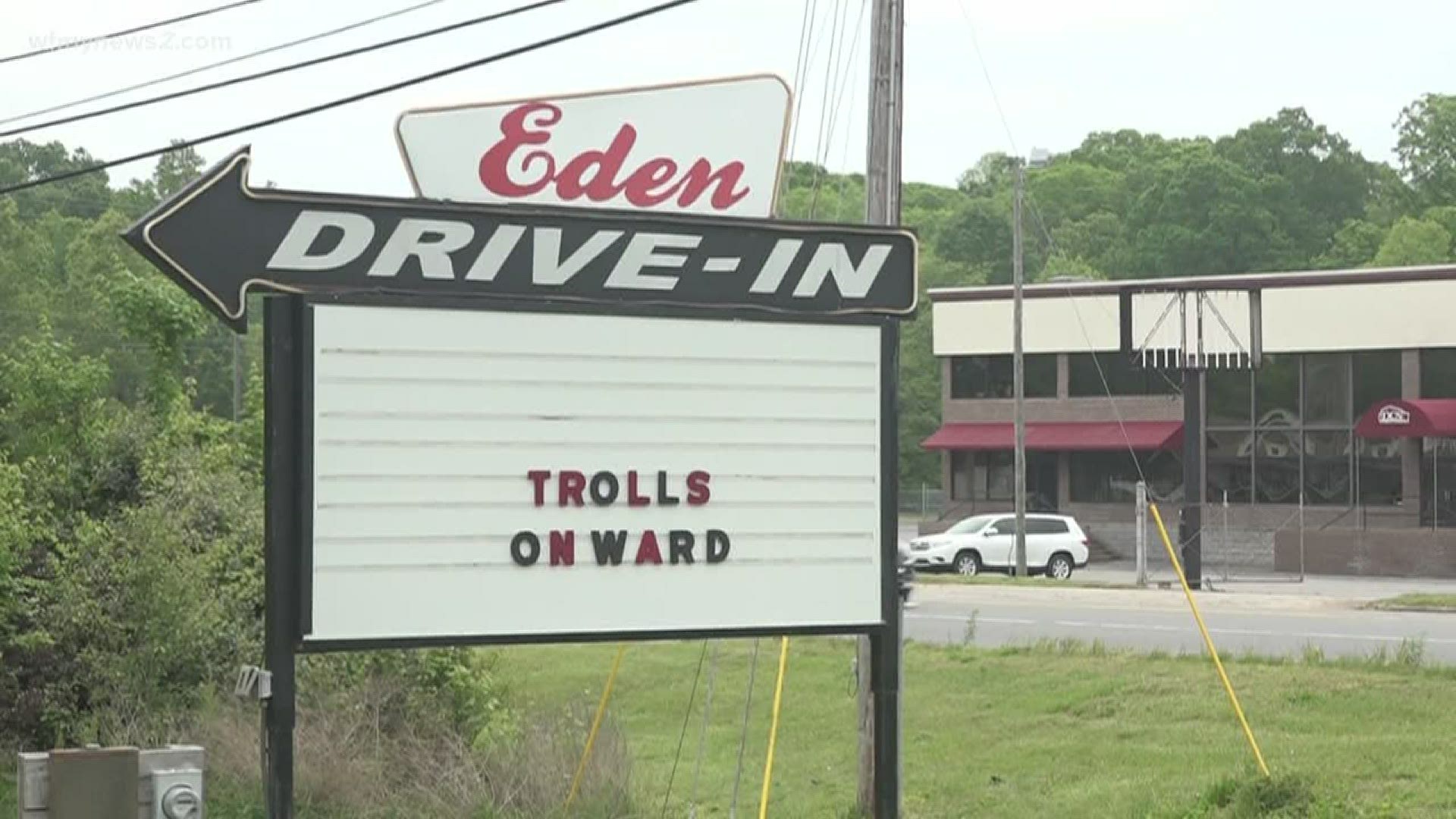 The Eden Drive-In opens Friday under new safety guidelines due to coronavirus.

"We have to do it responsibly, we have to do it safe(ly) for us and for the customers," said Tim Robertson, who is part of the family that owns the drive-in.

The family also owns an indoor theater in Rockingham County and another drive-in in Stanly County.

"We've been without revenue for a little over two months now," Robertson said. "It was time to get something open so that way we can go ahead and start surviving."

Eden Drive-In's season-opening comes two months later than usual. Robertson said they were eager to get it open sooner rather than later.

"Closing for the season builds anticipation," Robertson said. "[But] if we weren't able to open up now, it's a good chance people would find other things to do."

The family said they got permission from the governor's office to reopen earlier this month, but waited a week to plan social distancing guidelines.

The playground will be closed, the bathrooms will be closed more frequently for cleaning and the concession stand will work differently.

"We're going to be taking orders at one door and letting them pick up at another door," Robertson said. "We're not going to be able to use the patio but that will be kind of a waiting area for people when we're getting ready to call their food out."

Social distancing also means a smaller audience. The drive-in usually can hold more than 300 cars. Now, Robertson said he's hoping to be able to get in 200 cars safely, especially since the reopening comes at a time when families are in need of activities.

"Most people are really looking forward to something for the kids to do where they've been cooped up in the house and getting stir crazy," Robertson said.

He said the county health department approved of the plans during a visit earlier this week. He believes all the changes are worth it.

"This is going be a learning curve for everybody at the drive-in with how we're having to do things and just be conscientious of the person next to you," Robertson said.

Gates will open at 6 p.m. Friday and the movie will start at sundown. The drive-in will show a double feature of the family films "Trolls: World Tour" and "Onward."

Robertson said there are plans to play more grown-up movies later in the season. This year, they also installed a second movie screen that will be ready in a few weeks.

The showings this weekend will be Friday and Saturday. Eden Drive-In may also do weekday and Sunday showings later in the season to compensate for the lower capacity.

RELATED: Warming up for the weekend