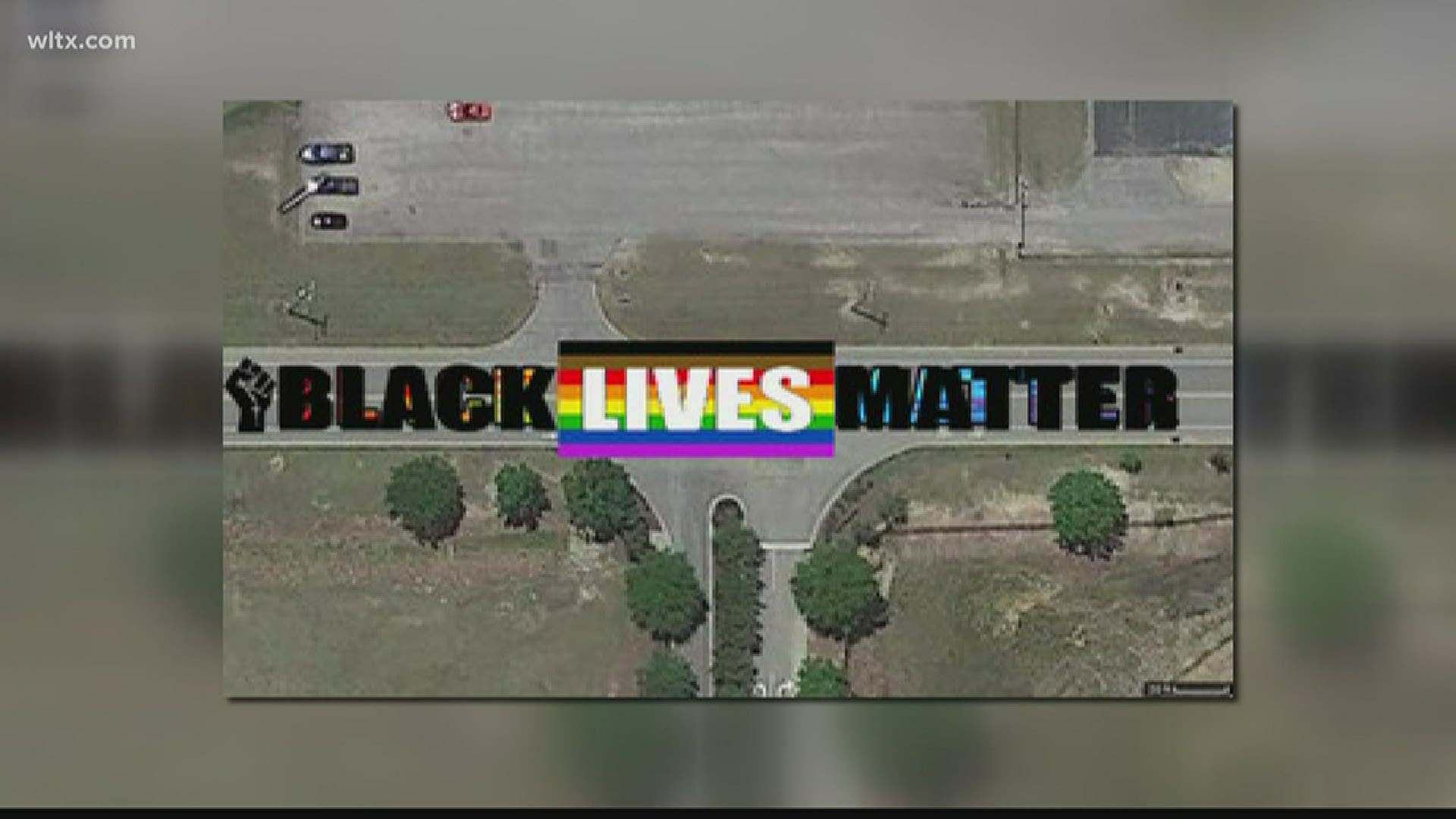 COLUMBIA, S.C. — An effort is underway to paint "Black Lives Matter" on a Columbia street.

After several discussions between Rosewood community members, they decided the best location to paint the Columbia mural is Jim Hamilton Boulevard, which is off Rosewood Drive.

The organizer of the effort, Jared Johnson, lives in Rosewood. He says out of all neighborhoods to celebrate diversity in the Capital City, Rosewood is ideal.

The project is still in the preliminary stages. Johnson says the next step is to draft an open letter this weekend to Columbia city leaders.

Next week, Johnson says he will reach out to local businesses and other organizations to ask for support for the project. He says the mural won't cost the City of Columbia one single cent.

"We're not going to be asking anything of these businesses, no money, no nothing. We just want to know we have their support," said Johnson.

Johnson says social justice isn't easy work, and we all have a role to play.

Seeing a mural like this in Columbia would be significant, he added, pointing out the history of slavery and oppression African Americans faced in our state.

A look at the most recent Census data for Richland County, African Americans make up 48.7% of the population. Johnson says that statistic alone shows why Columbia is the perfect spot for a new mural.

"The 48.7%, we support this city and if we're running their capital, let's support all people and let's definitely show support for black lives with this mural," said Johnson. "It has to get approved by the city, but if there's enough support coming from residents and living in a democracy, we can make this change that we're seeking and I'm excited about it."

As of Saturday, a petition for the mural has collected over 800 signatures.