When your knees are ravaged by arthritis, getting up and down from a sofa low to the ground is almost impossible. It also requires help that is not always available. 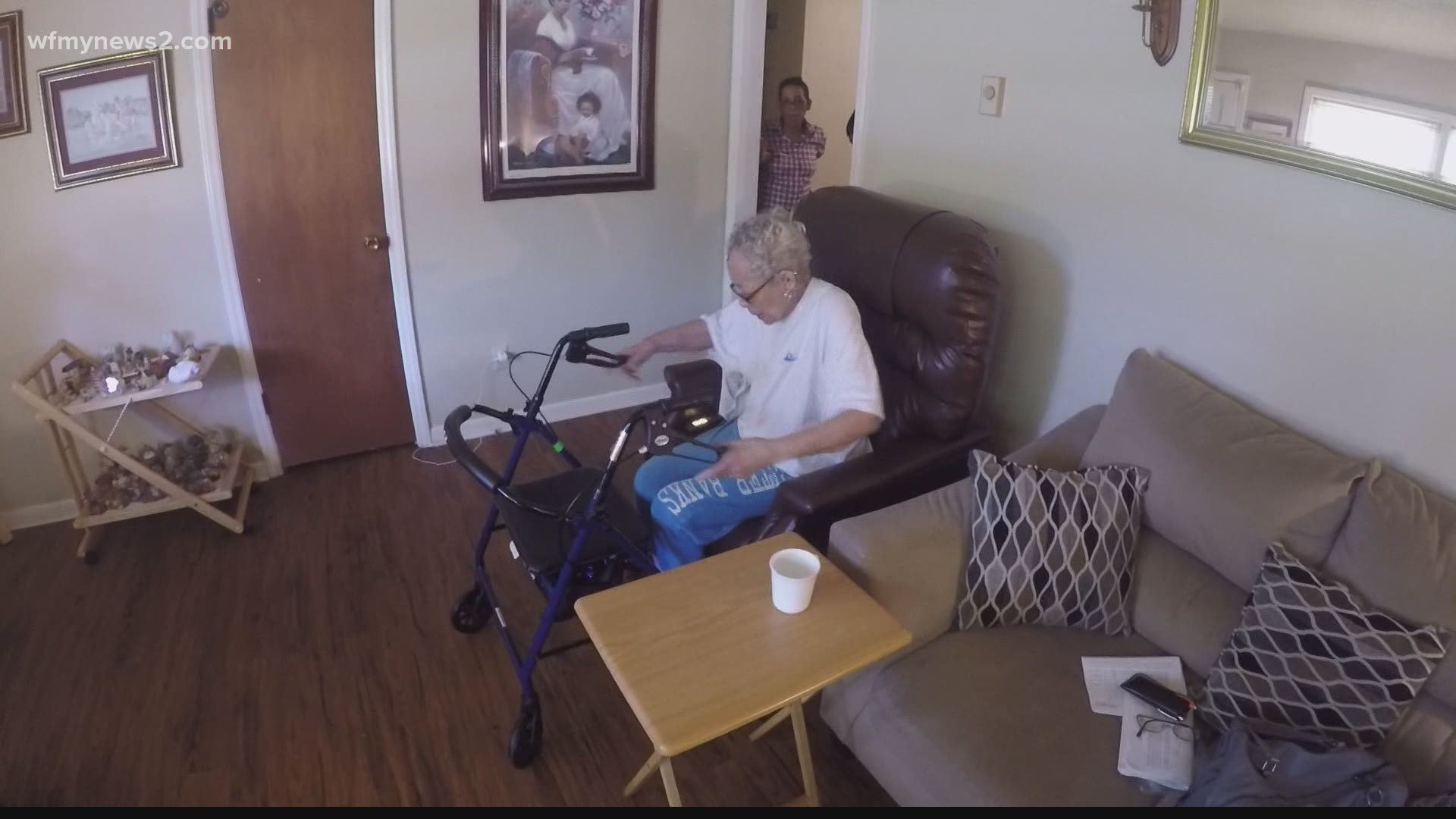 GREENSBORO, N.C. — Dorothy Godfrey enjoys what many of us would consider the little things in life. A good movie on the TV, an afternoon nap, or a nice dinner with family. The 89-year-old now lives with her daughter after recently being diagnosed with dementia and severe arthritis in her legs.

“She has her good days and bad days,” her daughter Sherrie Godfrey said.

A few months ago, she noticed her mother was having more trouble sitting down and getting back up from the couch.

“It was hard on her with her knees,” Sherrie Godfrey said.

The constant up and down was not easy, and Dorothy Godfrey often needed help. The problem was her daughter or someone else wasn’t always around.

Sherrie Godfrey decided to reach out to a company that provides elder care and support. The company provided a new remote-controlled reclining chair that would allow her mother to get in and out on her own.

“The chair was great until it broke,” Sherrie Godfrey said.

She reached out to the company to have the chair fixed. She said someone came out to fix the chair within a few days but that a part needed to be ordered to fix it. Sherrie Godfrey told WFMY News 2 a few more days would pass and then a week and then another.

“I felt like I was just kind of just getting passed around when I would call,” she said.

After almost three weeks she reached out to WFMY News 2's Call for Action team. We were able to reach the company the very next day and within a couple of days, the company delivered a replacement chair until Godfrey’s could be repaired.

“I would like to thank (News 2) and anyone that had anything to do with this to get us this far, thank you,” Sherrie Godfrey said.

The parts for Godfrey’s chair is expected to arrive in the next week and should be fixed soon after that.