Shelly and Janice Patterson have been married since they were teenagers. They are fighting the coronavirus at Clapps Nursing Center where there's an outbreak. 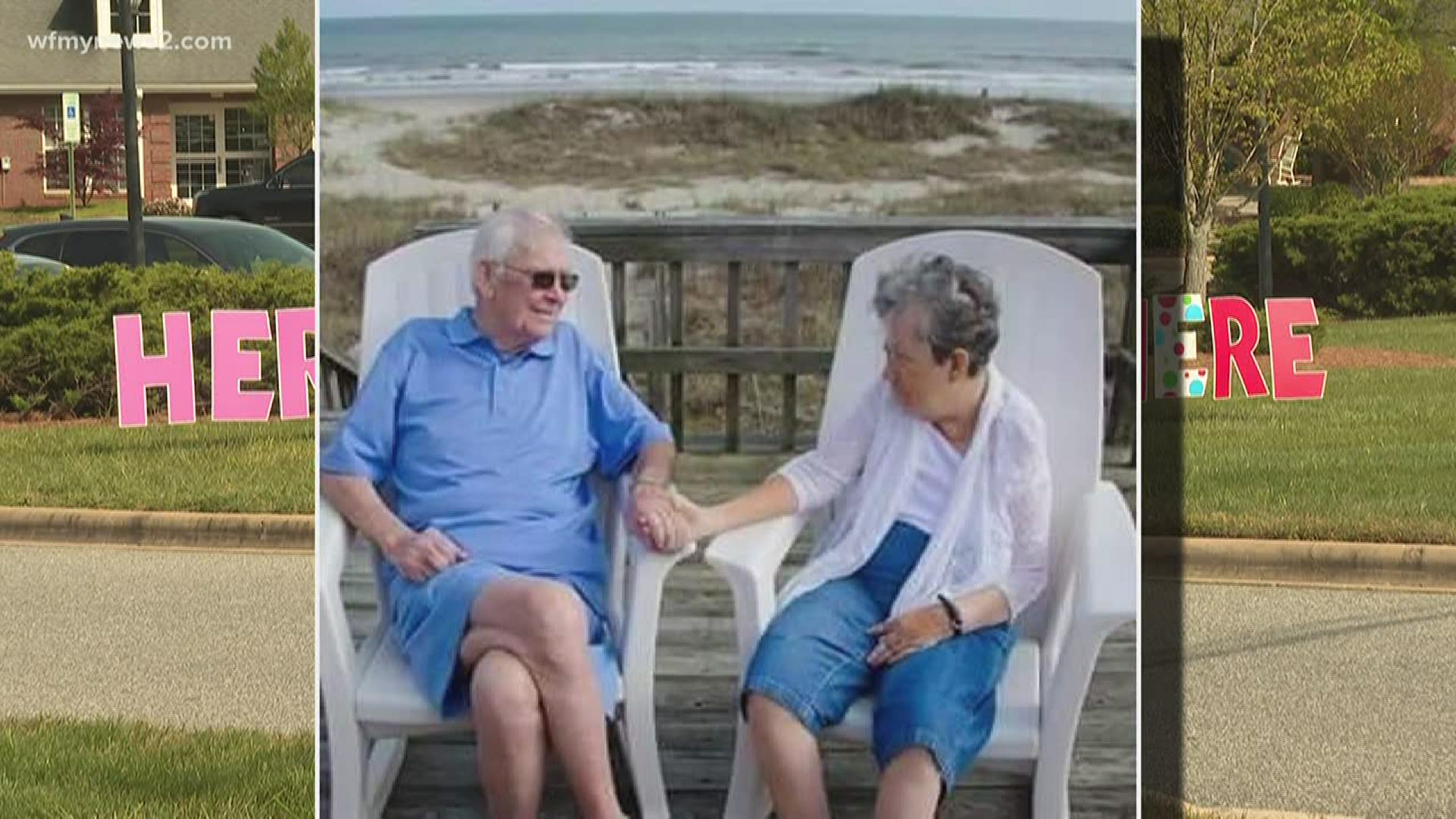 They were married as teenagers.

They've overcome so many obstacles in their lives, and now their family is praying coronavirus is another battle Shelly and Janice Patterson can beat.

"We love them and we just pray that they get better," grandson Jon-Eric Hall said.

They've resided at Clapp's Nursing Center in Pleasant Garden for years according to the facility.

32 people at the center tested positive for coronavirus since last Friday: 12 staff members, and 20 residents.

"Clapps has been great," Hall explained. "As soon as they knew they called and let us know what was going on and I know they have employees who are also confirmed so I want to keep them in our thoughts and prayers because they’re taking care of our grandparents."

Hall says his grandparents are still young at heart.

"I could talk about them for hours."

When WFMY News 2's Jess Winters asked Hall if he was close with them, his answer says it all.

"Oh yeah," he exclaimed. "Oh my Lord yeah, I grew up beside them we're very close."

So, when he got the phone call saying both of them tested positive for coronavirus, his heart sank.

"It's definitely a scary thing I can't say it's not, I mean it's your grandparents somebody you idolize and love and it's hard not to be a little afraid."

Hall says it's been a roller-coaster of symptoms so far.

"He is on an IV, she's not as of right now," he stated. "They're both feeling it. When I talked to him he was coughing, sometimes he jokes but today was a little less. I think he's just trying to get through the day."

He said it's not the couple's first health battle.

"My grandma is in a wheelchair. She's been paralyzed since she gave birth to my mom."

But as always, they're fighting, together.

Hall said he talked to his 82-year-old grandpa Thursday, and he said all he wanted was prayers. So, let's send him some!

"We just hope and pray and hopefully when this gets out more people will be praying for him, too."

Hall says he idolizes his grandfather.

"I try to model who I am after him because he’s such a great man."

He's hoping and praying for the moment he can see them in person once again.

"The last time I saw him was probably a month ago, and that was through the window, but we can't even do that now."

A Clapps administrator says the facility has taken extra precautions because of the coronavirus pandemic since March.

The staff members who tested positive for coronavirus can still work only with patients who also have coronavirus, as aligns with CDC guidelines.

"They've been wonderful and we’re less concerned because they’re there with them and we know they’re going to take care of them."