The High Alert system requires several steps to prevent the spread of coronavirus on the Elon campus. 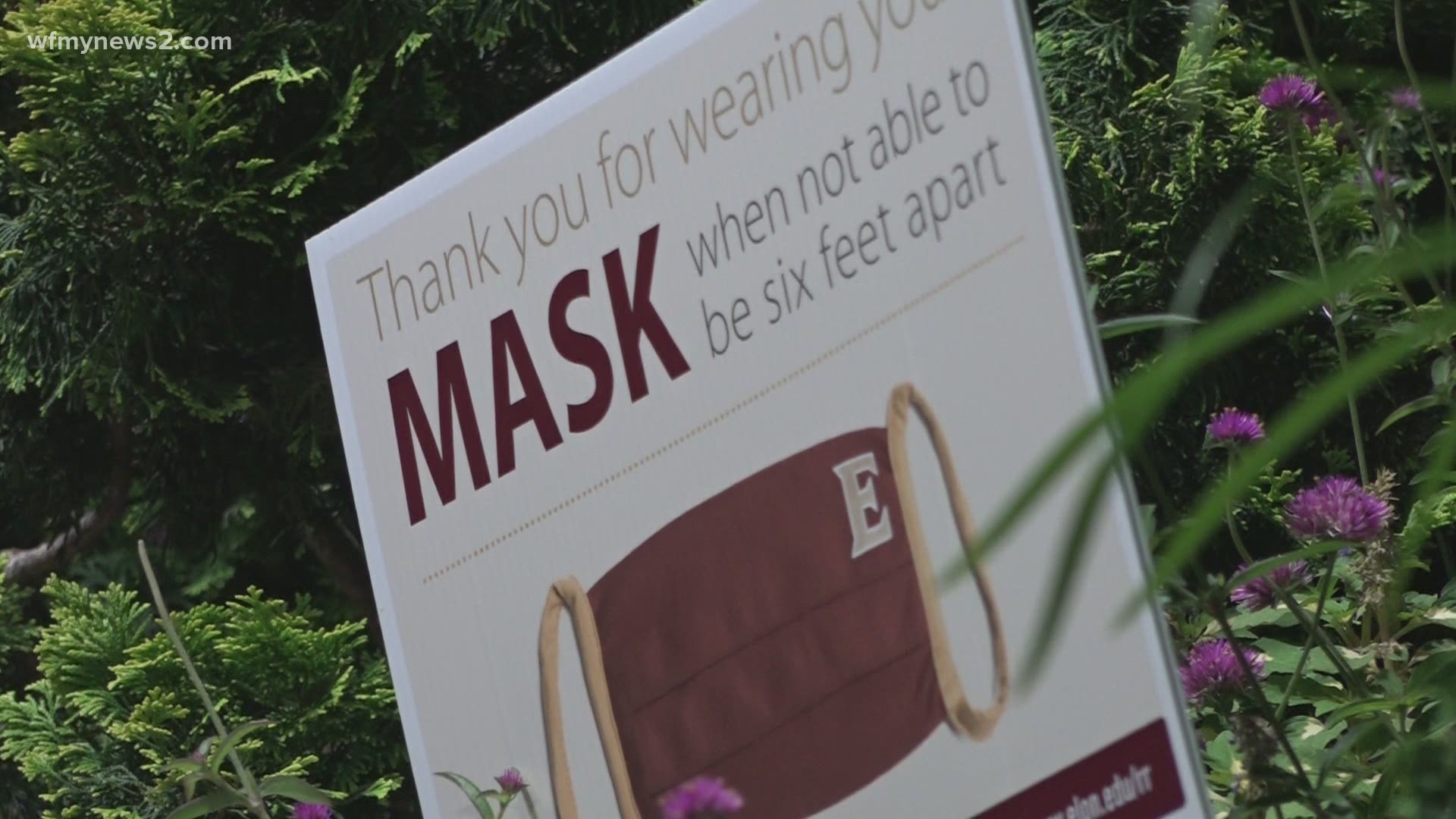 The status comes with several changes to day-to-day life at the university. Some of the changes include twice-daily health checks around campus, expanded remote learning, grab-and-go only dining services and no inter-campus visitation between residence halls.

The town of Elon is still enforcing stricter social distancing rules than the rest of the state.

Roedner said the University's campus is a community within their community and that's why the town had it's own restrictions in place before cases started increasing.

The town of Elon remains in Phase 2, even weeks after Governor Cooper moved the state into Phase 2.5 with eased coronavirus restrictions.

He said violations of those gathering limits have mostly come from Elon University students.

According to a press release, contact tracing revealed that the spread was caused by close social interactions rather than large parties or interactions in classrooms.

More than 250 students were in quarantine with nearly 100 confirmed cases on Monday.

"Still trying to put a lid on this outbreak so that they can keep it from spreading, keep it from getting into the general school population which then obviously leads to keeping it out of the general community population," Roedner said.

Roedner said even stricter rules could come to the town if cases continue to increase on campus.

He stresses flexibility is simply a part of responding to the pandemic.

"We're gonna have to expect this to happen," Roedner said, "you know it'll get better, it'll get worse until we have a way to vaccinate people."

Elon University has written a detailed release about the alert system and its plans moving forward for parents, students and community members.