North Carolina animal control officers say this big elusive bird has been on the run for three weeks. Every time they get close, he escapes! 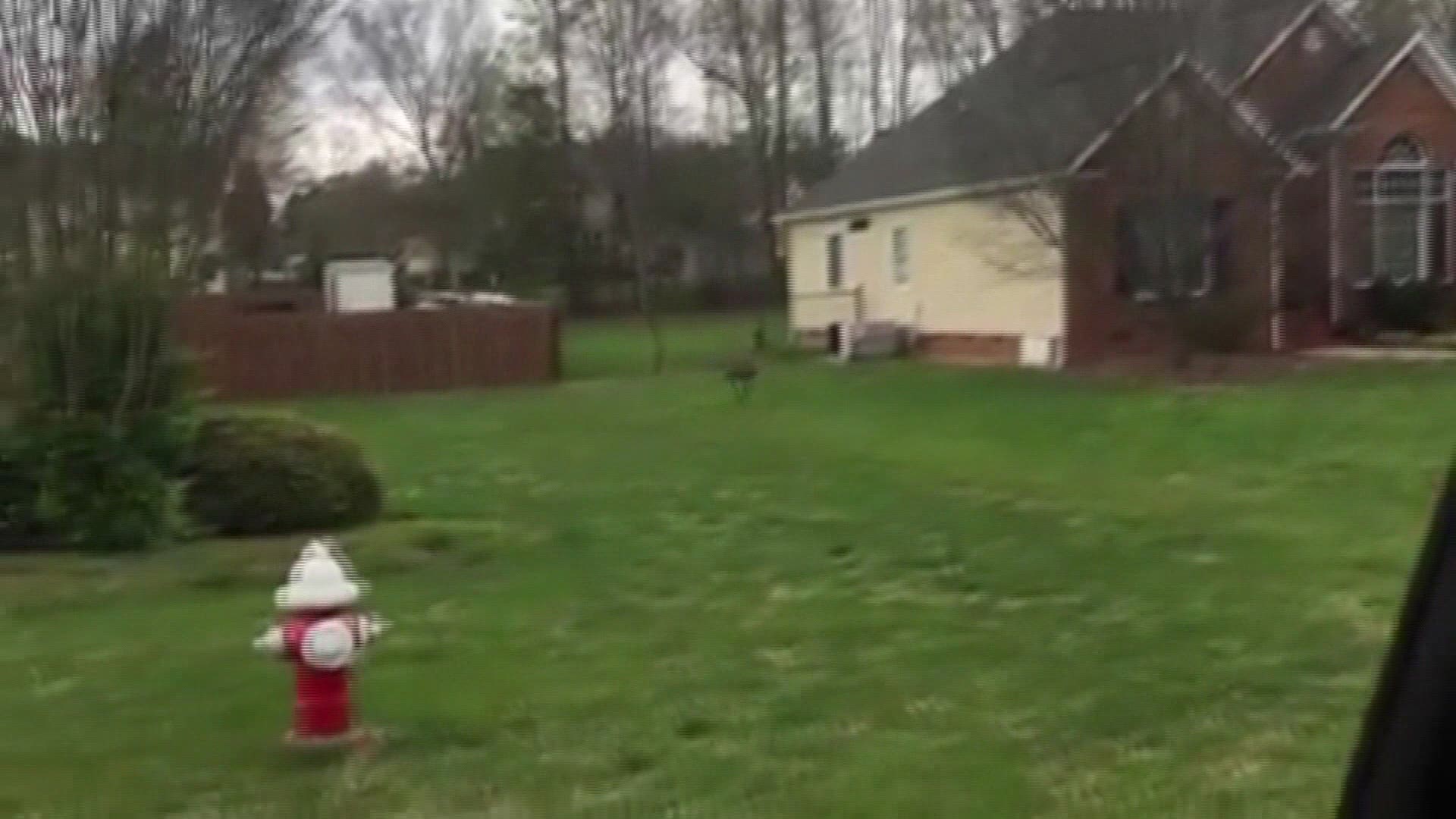 CHAPEL HILL, N.C. — An emu has been on the run for three weeks around Orange County, WNCN reports.

“It’s become a little bit of a sensation, the sightings,” said Orange County Animal Services Communications Specialist Tenille Fox. “It’s been kind of an experience. I’ve never dealt with an emu on the loose before.”

Animal control officers say the giant bird has been sighted in both Orange and Chatham counties and every time they get close – the flightless bird manages to escape.

Credit: WNCN
Animal Control Officers tried to capture the emu in Chatham County, but it got away.

“Not something you see every day,” said Chapel Hill resident, John Brennan. “I didn’t know what to make of it.”

It’s not the first time an emu has been on the run in a North Carolina neighborhood, but Brennan says it’s his first run-in with the exotic bird.

Brennan says he was driving home from the library and he turned on to Damascus Church Road when traffic suddenly came to a stop.

“Then I saw a large bird come across the road,” said Brennan. “It was in the right side of the road and came towards a car. The car had slowed down. The emu fell down, got back up and then ran off into the woods.”

In Orange County, the birds are considered livestock and are legal to own.

“They’re mostly farms that have emus and of course we’ve contacted folks that we know that have emus in a farm setting and asked them if this is their emu and it is not so we still haven’t located the owner,” said Fox.

CBS 17 has learned breeders don’t need any special equipment to raise emu because they require very little land. Owners are of course required to confine the exotic bird to their land, but as we’ve seen sometimes emus break out.

“It’s an impressive animal, it’s pretty big and it’s wild so it’s making its way through the woods. Those birds do that but not usually on this continent,” said Brennan.

Fox says the birds are fast. They’re known to run up to 30 mph. Fox says last week one of their officers went to Chatham County to try and help catch the bird.

“He fled when they arrived on scene so he’s on the move,” Fox said.

Fox says if you do have a run-in with the emu do not approach it or try to capture it because it feels threatened it could hurt someone. Just call animal control.

“I’m a little worried because it’s a big bird and if somebody ran into it with a car at night it would be a bad accident,” said Brennan. “Much more upright then a deer and it’s body is not small, into a windshield is probably what would happen.”