‘Every time I walk on this field, we’ll remember our wildcat brothers’ | Vigil held in memory of four Eastern Guilford High students killed in crash

Dozens gathered to light candles and release balloons while remembering four Eastern Guilford students who were killed in a car crash. 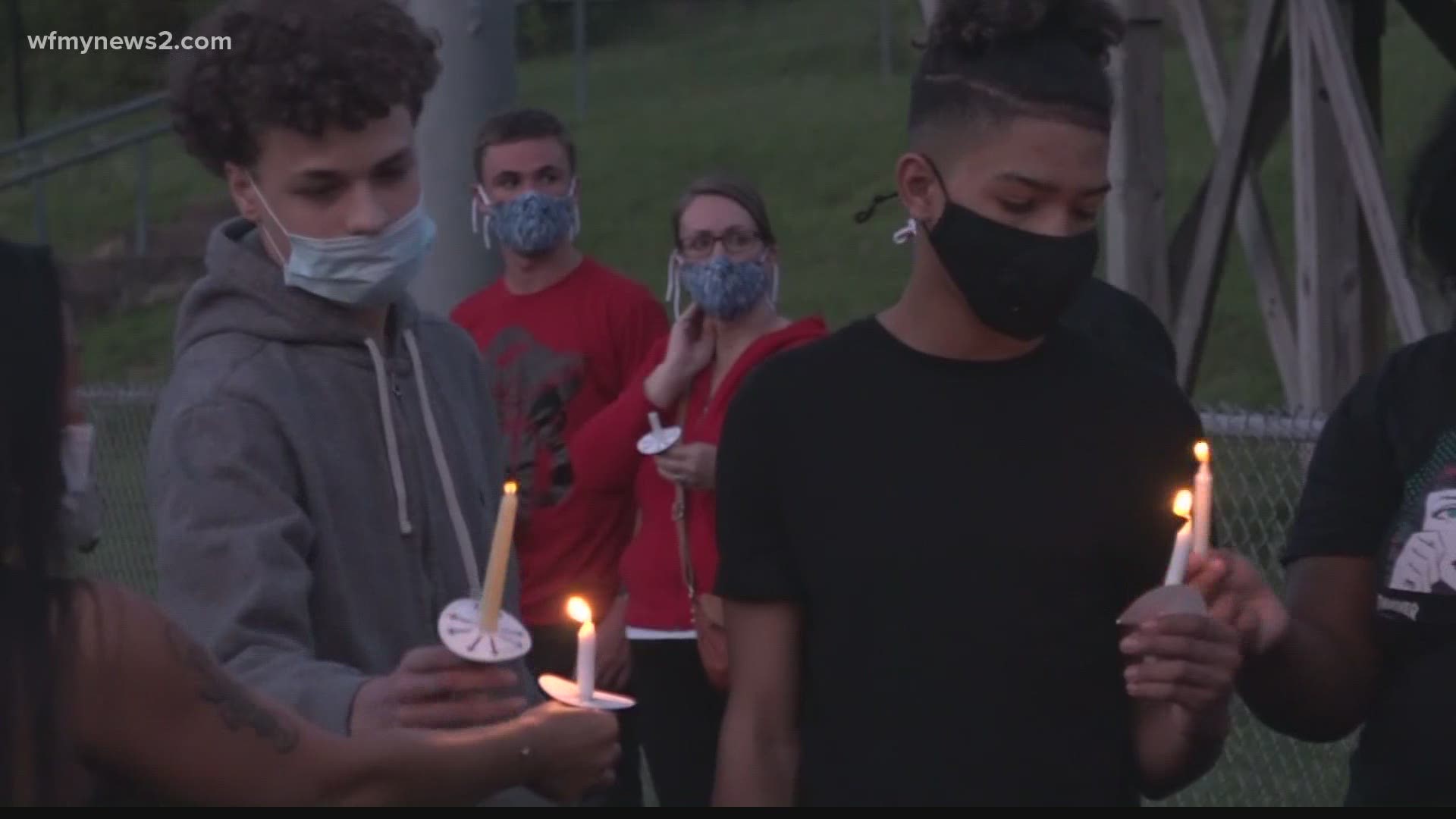 Dozens gathered to light candles and release balloons while gathering at the school’s field.

Eastern Guilford High Football Coach Tony Aguilar spoke during the vigil saying, “To the families, there's nothing I can say that's going to make you feel any better.”

Aguilar coached two of the football players who died in the crash.

“It just teaches us a lesson that you can't take life for granted," said Larry Monroe, a middle school classmate of Justin Porter.

HAPPENING NOW | Vigil being held at Eastern Guilford in honor of the four teens killed in the Guilford County car crash on Monday. https://bit.ly/383o3H0

"They all made really good grades. They were all well rounded. Just couldn't ask for a better group of young men. [It is] such a tragedy to lose them too early," said Eastern Guilford High Principal Lance Sockwell.

All four of the students were killed in the crash Monday on I-40/I-85 near N.C. Highway 61 in Guilford County.

The State Highway Patrol said Williams was driving when he lost control of the car and hit a tree.

Coach Aguilar said the field will be where he remembers what happened.

“Every time I walk on this field and remember our wildcat brothers -- Big Mo, Javon, JP and Sequoyah. I'm gonna end with this, one last thought and this is for everyone standing around -- tell people you love them. More times than you think they should hear it," said Aguilar.

The principal said counselors are helping students who are grieving. He also said memorial services for the four students will begin this weekend.

A fifth student in that crash, Azaiah L. Howard, 15, of Whitsett is still in the hospital.