The Guilford County Schools Bus Driver Walkout planned for next week has been canceled. 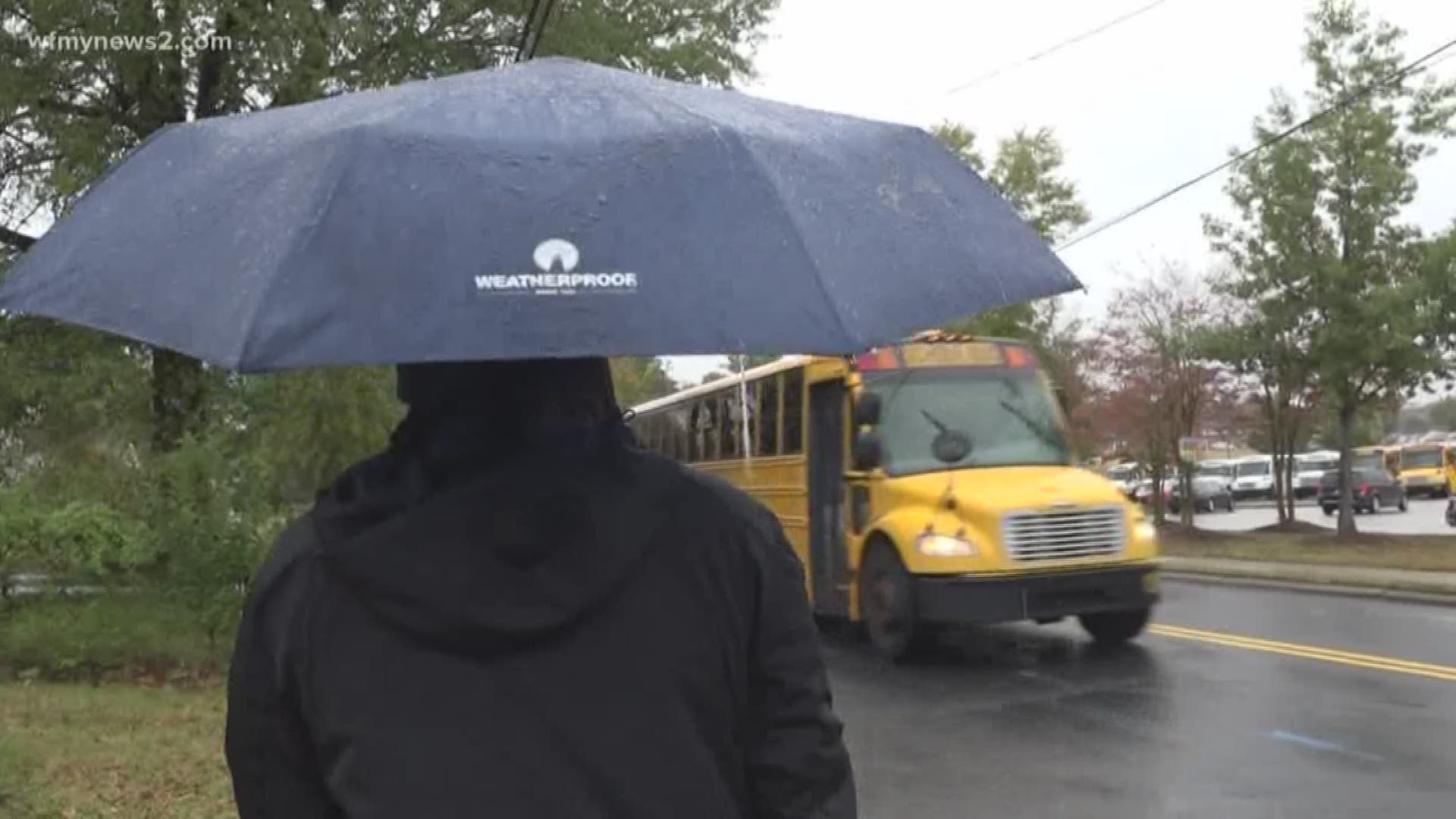 "After talks and after meetings, we’ve been able to come to a resolution for the drivers and I really feel like they’ll be excited about it," Graham said.

He didn't want to expose the exact details on the resolution but says it doesn't involve a raise. Graham said it includes compensation in the form of bonuses and other perks.

"We were able to resolve a lot of our concerns and issues that we had, and I mean it’s not only about money it’s policies and just support."

He said all the bus drivers are happy they don't have to take this to the extreme by not showing up for work on Monday and Tuesday.

"I am excited!" Graham exclaimed. "I really am excited about it because it’s something that a lot of drivers didn’t want to have to do."

Graham said drivers are celebrating this win for all involved tonight, but the fight for pay isn't over.

"I just want to thank all of the parents, without them we wouldn’t be as far as we are and we have so much support for them," Graham expressed.

Although the Commissioners didn't have the driver dilemma on Thursday night's agenda, they discussed the concerns - and the possibility of pay raises in the future. Commissioner Alan Branson tells WFMY News 2, early next week - there will be a meeting with all the players at the table: bus drivers, GCS, commissioners, and even people at the state level.

“School bus drivers are often the first district representative children see in the morning and the last one they see after school. Their work is vitally important, and they deserve better pay and to be treated with dignity and respect,” said Contreras. “I’m proud and grateful that our drivers always put the needs of our students first and plan to keep fighting for better pay and more training for these dedicated employees.”

While GCS anticipates bus drivers will be at work on Monday, officials still caution parents that because of the confusion surrounding this issue and the ongoing driver shortage, some buses may run behind schedule. Transportation supervisors and other staff who hold a commercial driver’s license will be prepared to drive as needed on Monday.

In early October, the Board of Education approved Contreras’ recommendation to use $2 million in the district’s fund balance to provide bonuses to the district’s approximately 550 school bus drivers, who complete nearly 2,500 routes each day. The bonuses will be paid over multiple months this school year and next. Approximately 35,000 GCS students ride buses to school each day. The district currently has about 60 bus driver vacancies.

Last spring, the Guilford County Schools received an increase of $4 million for the 2019-2020 budget from the Guilford County Commissioners that had to be used to cover higher costs for employee health insurance, charter school enrollment, and utilities.

Currently, the legislature has not approved a final state budget for this school year; however, a “step increase” on the salary schedule was approved for teachers, principals, and assistant principals.

Pay scales are set by the state and districts can use local funding from boards of county commissioners to supplement pay or add personnel. School districts in North Carolina do not have taxing authority.

RELATED: 'They Need to Get it Together' | Parents Demand Raises for Bus Drivers, County Points to State

RELATED: 'It's Not Fair to the Kids' Some Guilford County Bus Drivers Don't Support the Walkout

We reached out to Governor Cooper's office about the situation. Here was the response:

"Governor Cooper stands with teachers and agrees that all school personnel, including school bus drivers, deserve a decent raise. This is why he wrote to Republican legislative leadership just last week to encourage them to stay in Raleigh to negotiate on this issue.

In the November 15 letter, Governor Cooper reminded legislators of his compromise offer: over the next two years, raise pay by 8.5% for teachers, 5% for non-certified school personnel, 4% for community colleges, and 5% for university employees."

The full letter is available here.

We also reached out to North Carolina Speaker of the House, Tim Moore. A representative sent us the following:

"The General Assembly passed a salary increase for public school personnel, including bus drivers, that was vetoed by the Governor. State lawmakers have tried repeatedly to deliver higher take-home pay for educators and non-instructional personnel this year but have been blocked by the Governor.  Lawmakers continue to seek solutions to provide these North Carolinians with the pay raises they deserve."

The walkout was planned for Monday the 25th and Tuesday the 26th but has been canceled.