Fall in the Smokies: Experience the Elk Herds

Wildlife biologists estimate there's about 150 majestic elk in or near the park, and now's the time when many are hoping to catch a glimpse of them. 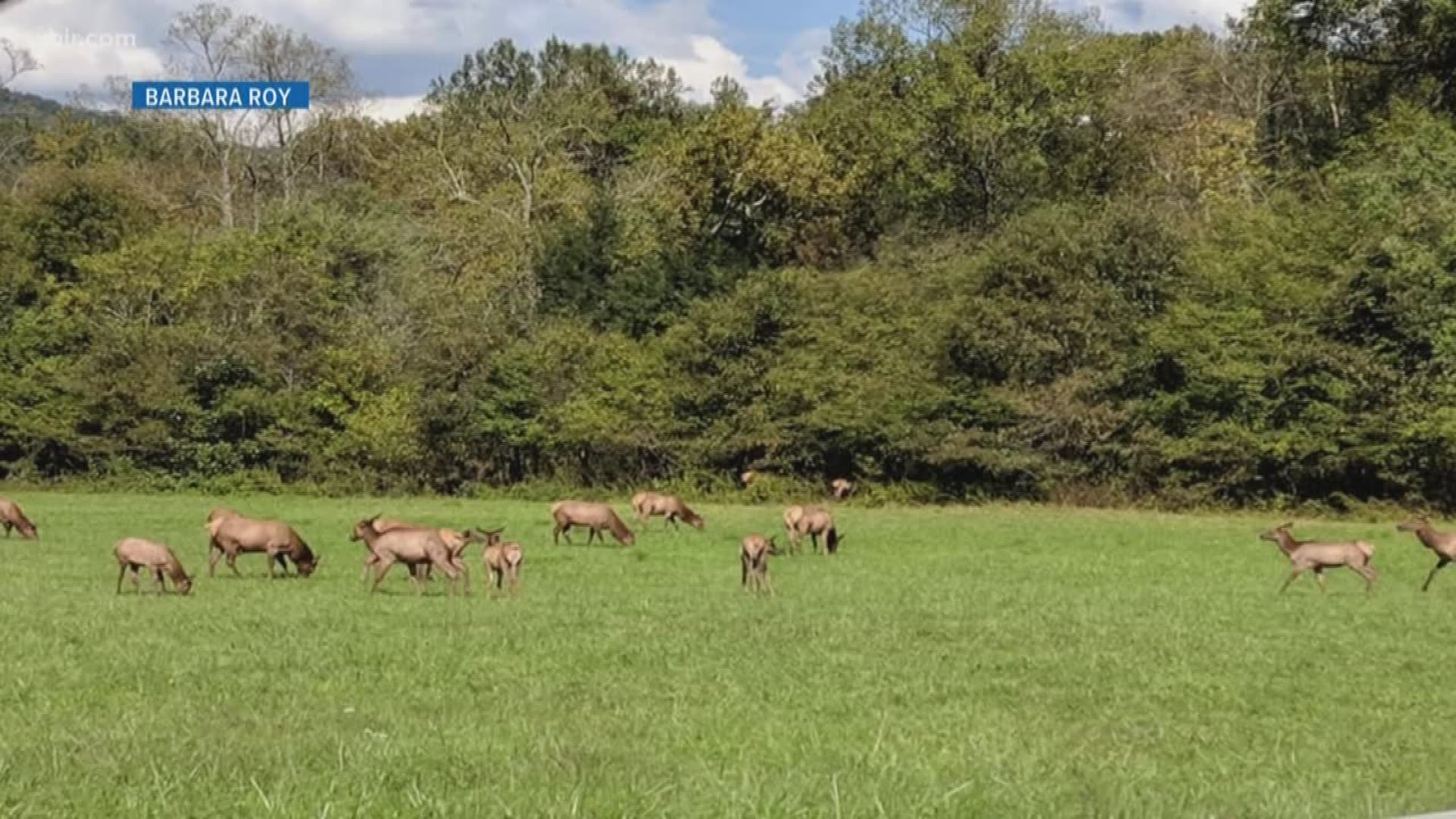 Fall in the Smokies wouldn't be complete without seeing the elk herd.

The fields in Cataloochee were empty late Tuesday morning. But--if you're lucky, you could come across the herd there.

"The elk rut season is happening right now," said GSMNP Spokesperson Julena Campbell. "It's basically the fall breeding season for elk. So, the bull elk in particular are feeling frisky."

And that also means aggressive, so safety first--you need to be at least 50 yards away from wildlife. It's the law.

Park rangers say to stay in or near your car if you come across elk, and let them make the moves.

"Usually they're going to move out of the way," Campbell said. "If it's safe to be able to stop in your car and wait for them to cross through, we certainly want folks to do that."

Rangers say you're most likely to see the elk in the fields at Cataloochee and Oconaluftee, both on the North Carolina side. Elk are most active at dawn or dusk.

"But you might see them at any time of day, especially when we have the warmer temperatures like we're having right now, they're going to be more in the shady areas," Campbells said.

Wildlife biologists estimate there's about 150 elk in or near the park.

People have been sharing their photos and videos with us of their elk encounters. For instance, Mindy Lyda Bolin shared this rare moment of an elk nursing her calf at Balsam Mountain.