Winston-Salem Police say bullets traveled through an apartment wall and hit the boy in the head where he was playing with his family. 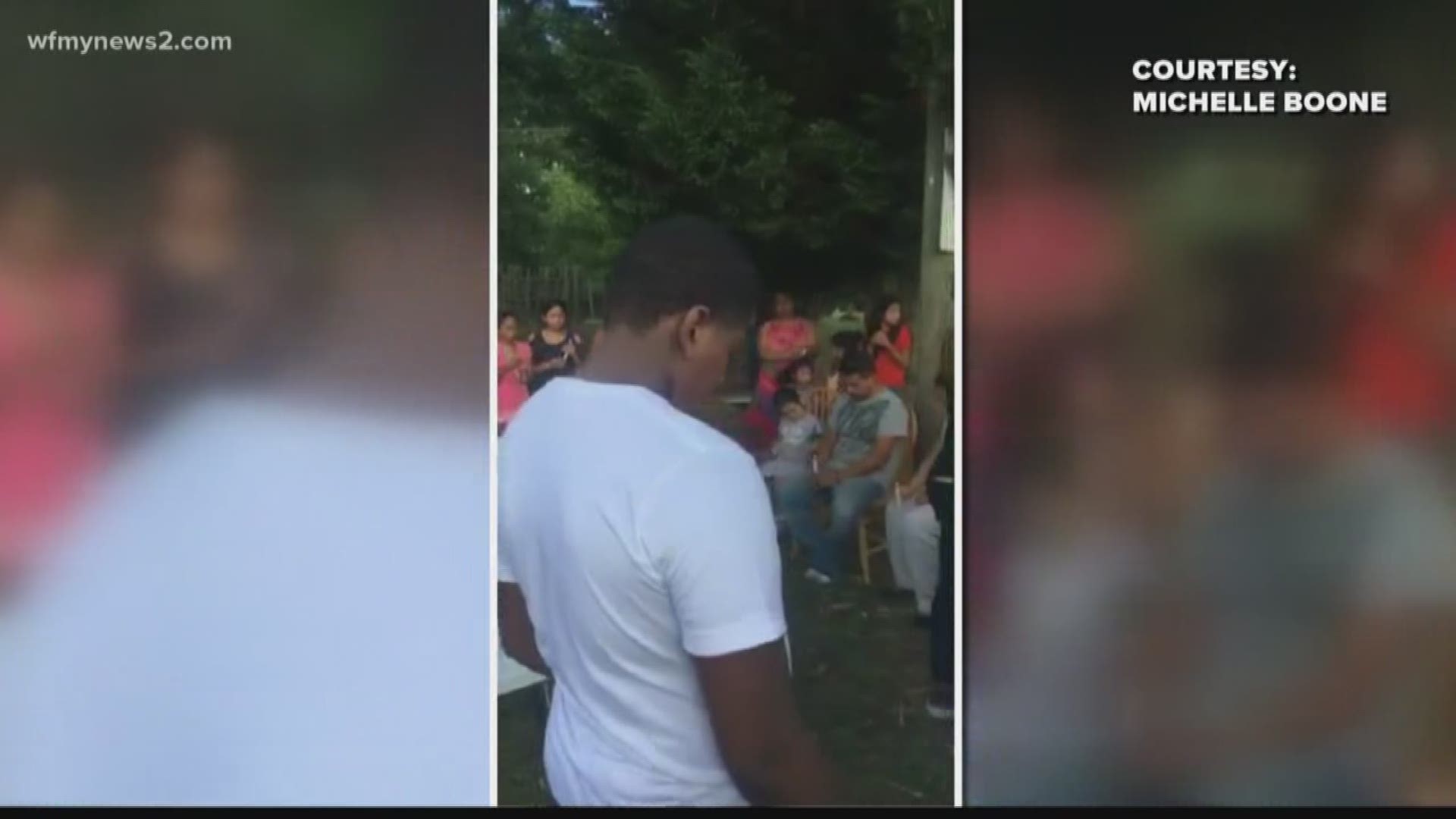 WINSTON-SALEM, N.C. — Winston-Salem Police say a fourth suspect is now wanted in the death of a 5-year-old boy last Saturday.

Police say they've obtained a warrant charging 17-year-old Santiago Rodriguez-Marcial with Murder. They say he has tattoos on both his forearms and left shoulder.

Three other teenagers are also charged with the murder of 5-year-old Alberto Rios Navarrette. The little boy died in an apparent drive-by shooting. The crime left apartment residents shocked, on edge, and angered by the violence.

Winston-Salem Police arrested 17-year-old Oscar Mendez-Rodriguez along with a 15-year-old and a 14-year-old who weren't identified. All three are in jail under no bond.

The boy, playing in his family's apartment, died Saturday night after stray bullets went through a wall and hit him in the head, police confirm. On Wednesday, family, friends, and even strangers gathered for a prayer vigil to remember him.

The shooting happened at about 5 p.m. at Cole Village Apartments off Cole Road at Meadow Ridge Court in Winston-Salem, according to Lt. Gregory Dorn with the Forsyth County Sheriff's Office.

"This looks to be a random shooting," said Lt. Dorn. "We have some witnesses that have described a light-colored sedan, that was occupied by about four males subjects, that were just randomly shooting, no specific target, just being careless with their behavior, nothing else to do on this nice Saturday, Fourth of July Weekend, but just to wreak havoc on our city."

The family called 911 while driving their son to Wake Forest Baptist Medical Center to get urgent treatment for the head gunshot wound, Dorn said. The 5-year-old boy was rushed into surgery, but died just after 8 p.m. from the gunshot wounds.

"I can't imagine what they're going through right now," Dorn said about the boy's family.

When officers arrived at the apartment complex in south Winston-Salem, they discovered multiple rounds had been fired throughout the area. Police say there's no evidence that indicates the boy's family was targeted. There were no other victims or injuries reported, but several apartment units and cars were also hit by the random shootings.

"This behavior is unacceptable. We don't want this kind of action in our city. If you want to act like this, go elsewhere. I do want the citizens of Winston-Salem to take this seriously. We now have a five-year-old child that that's not even lived any of his life that's dead tonight," said Dorn.

The investigation and search for evidence continued late into Saturday night, past midnight.

Evidence markers could be seen on the road, and investigators searched the area and blocked off the road throughout the search.

On Sunday, neighbors were on edge after the crime.

"It was just shocking to me, especially a child. Didn't even have a chance to grow up. So that really bothered me. It really did," said Joyce Slater, who lives in the apartment complex.

"I was screaming. Standing right on that porch, everybody was looking at me. I didn't care, that hurt me," said Rufus Foy Jr., who said the news of the child's death was painful to hear. "This is not that type of neighborhood. And that is unusual. Everybody, not just us, everybody is in shock."

"I can't imagine to pain that the parents are going through. I just can't. But I feel for them," said Slater.

If you have any information about a light-colored sedan with four men randomly shooting out of their windows, call 911 or Winston-Salem Crime Stoppers at 336-727-2800.

Woman Shot By Greensboro Officer Identified, Police Looking For Person Who Ran Away