Summerfield family nurses a baby bird back to health

The bird was near death after being washed from its nest after area storms. 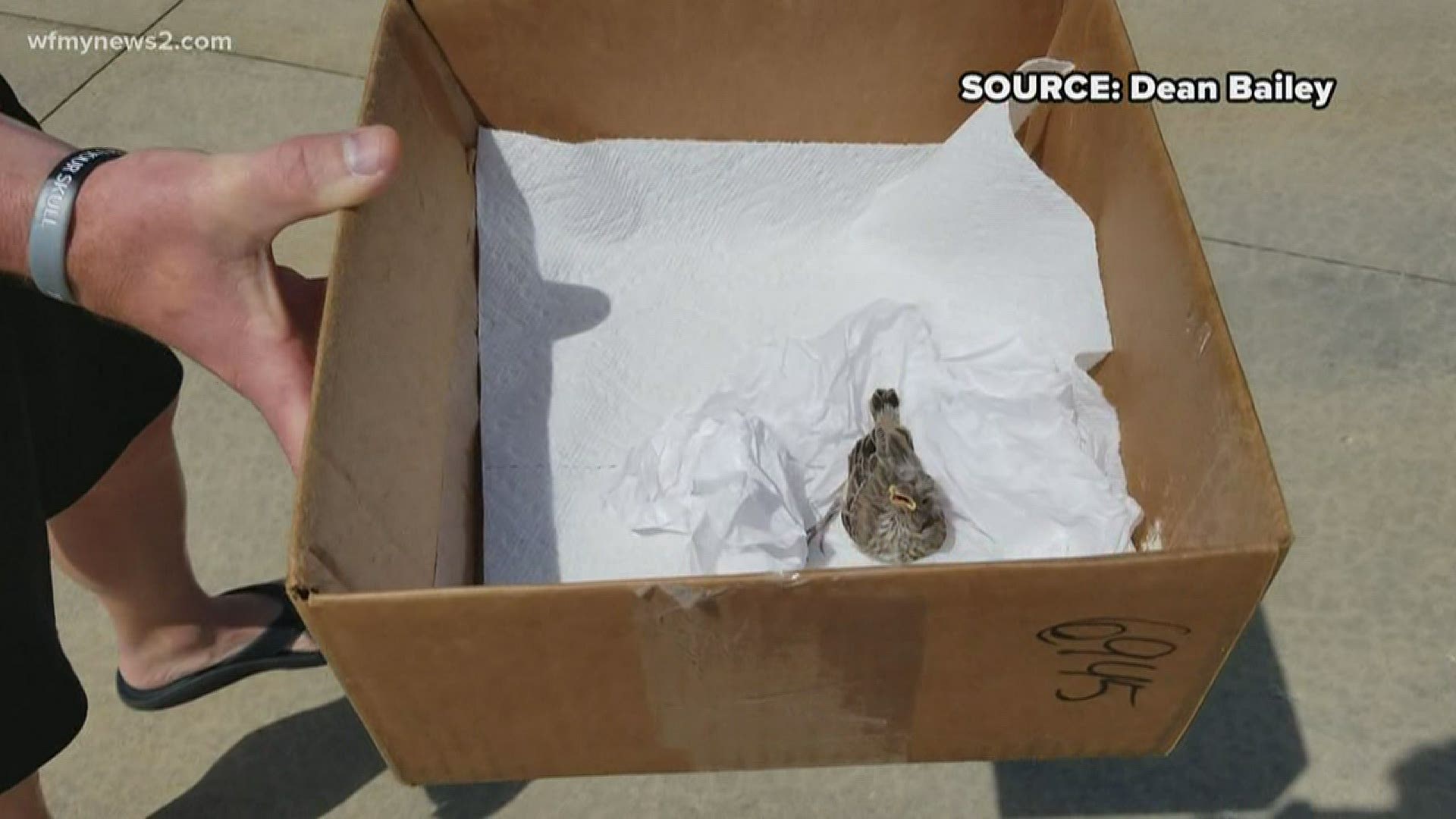 SUMMERFIELD, N.C. — Dean Baliey and his family rode out the thunderstorms last Sunday night but the next day when they walked around to see if they had any damage they found a sad sight.

Two baby birds and a nest had washed out from a tree about 20 yards away. One bird didn't survive but they took the one that did into their house and called the game and wildlife commission who gave them instructions on how to care for the bird.

Their 9-year-old son Colton named the bird "Buck" and the family began to nurse the bird back to health.

"They told us to wet some dry dog food so it becomes mushy and feed bits of it to the bird with a toothpick," said Dean Bailey. They have to feed the bird several times a day but after 3 or four days the bird is looking great.

"We will graduate him to a cage after he outgrows the box and eventually we will let him go."

But for now, he is safe and sound in the house. Some good news in a time where we desperately need it.