Sgt. Patrick Gouge has been gone 365 days but his older sister says their family has learned how big of an impact he left behind since then. 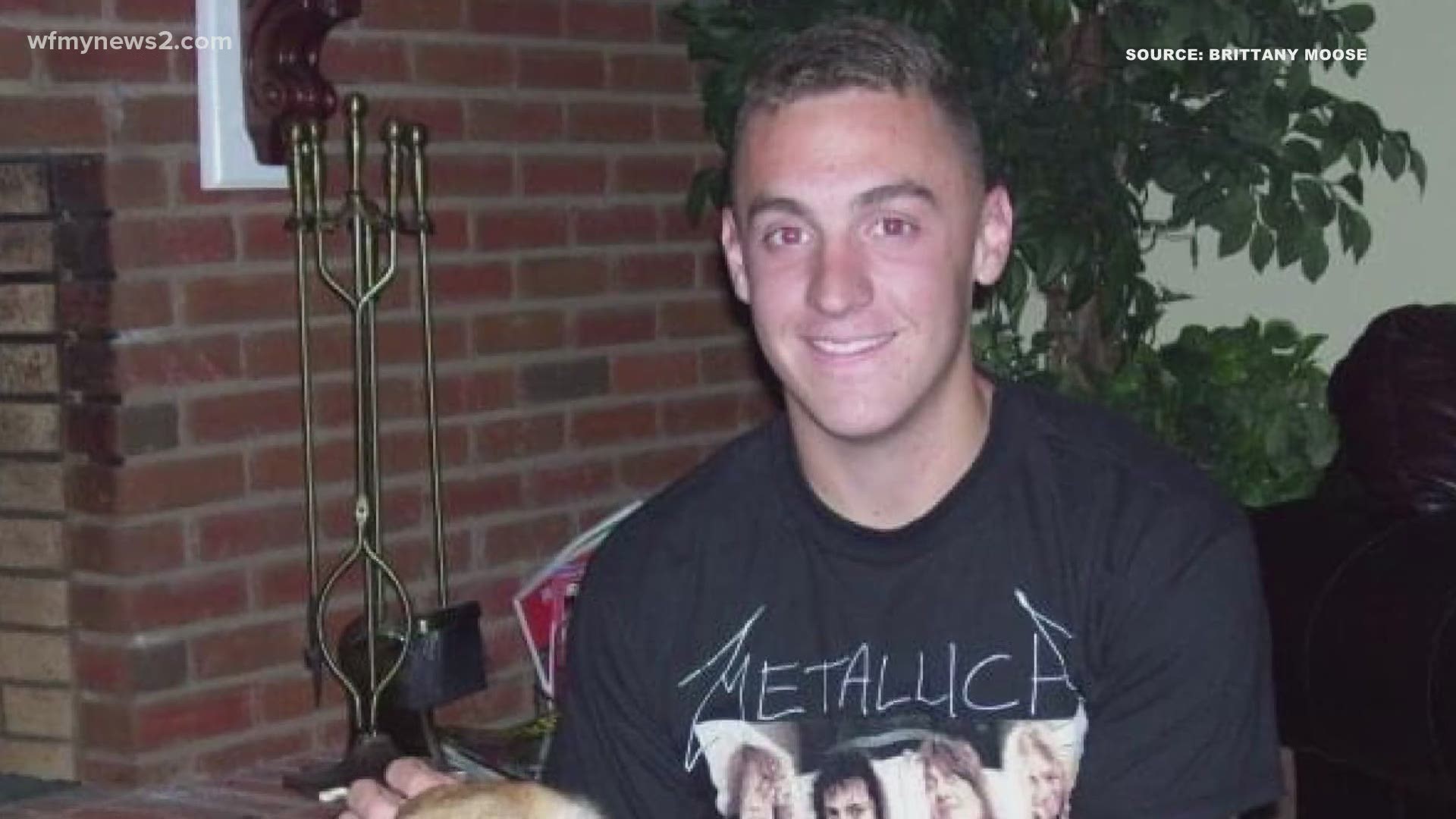 GREENSBORO, N.C. — It's been a year since Patrick Gouge died in a car crash. Troopers say he was driving on I-840 when his truck went off the road and hit a bridge pillar.

When a loved one passes, you may assume you'll be left with only the memories you have of them. It's rare that you learn more about who they were once they're gone but that's what happened to Patrick Gouge's older sister, Brittany Gouge Moose.

"We had no idea the impact Patrick had on people living the military lifestyle transitioning to civilian lifestyle, the college lifestyle, we didn't know," Moose said.

Patrick was a Marine veteran who served overseas in Afghanistan and here at home. His service continued in Chapel Hill with the Carolina Veterans Organization. helping fellow veteran college students transition into civilian life.

"Complete strangers called, emailed, came to the funeral, we didn't know and it was so amazing to see those stories as hard as it is to hear," Moose said.

Patrick's legacy is evident in the lives he changed, the love he had for his family, in his perfect match, his wife, Jessica and in the son he never met.

"When the accident happened, his wife, Jessica was expecting a baby and Patrick was so excited to be a dad, he was so excited," Moose said.

Theodore Patrick was born in August. Moose said he looks just like his dad.

Moose remembers how much Patrick wanted to meet his son, how close they were and how he cared for others but she wants you to remember something about her brother, too.

"I hope people remember his heart he just had a caring, giving heart," she said.

This is a hard story for Moose to tell but she wants people to know about Patrick because he is still helping others even after his death. The Carolina Veterans Organization that Patrick was such an integral part of launched the Sergeant Patrick Gouge Memorial scholarship. They hope to raise $100,000 to help other student veterans at UNC-Chapel Hill.

You can learn more about the organization and how to donate to the scholarship here.