A father of four, a Greensboro resident and owner of a local roofing company, Oscar Canales entered sanctuary at a Greensboro church after ICE ordered him to leave the country by January 18, 2018. 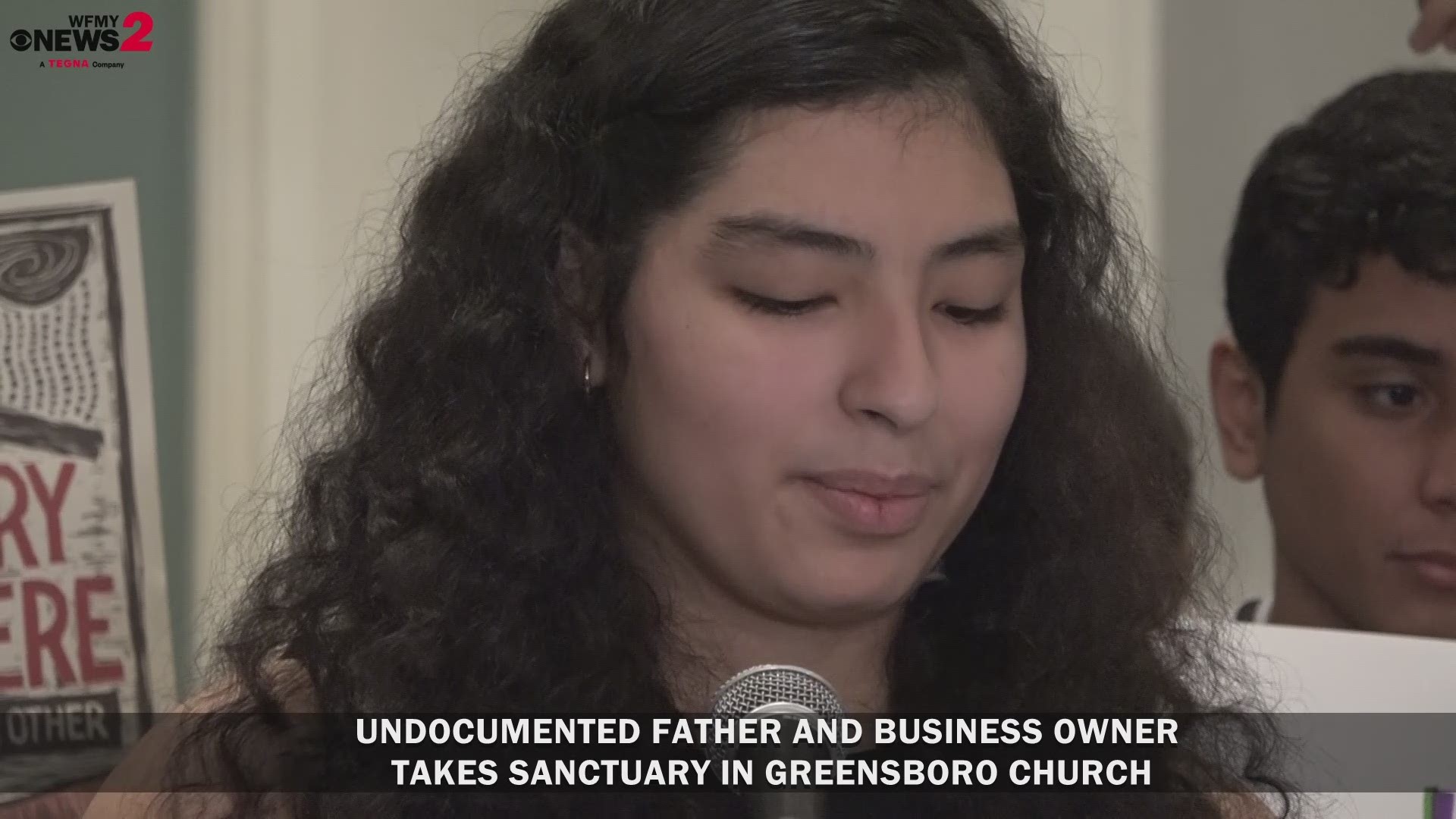 GREENSBORO, N.C.-- A father of four and owner of a local roofing company, Oscar Canales entered sanctuary at a Greensboro church after ICE ordered him to leave the country by January 18, 2018.

Friday, Canales told his story to supporters and the media.

“I came from El Salvador in 2005 looking for a better life and to help my family because we was very poor,” Canales said.

Why not become a legal citizen?

During an interview, Canales said upon entering the country he received a work permit, but stayed after realizing it was expired.

“I tried to follow the rules,” Canales said, explaining he unsuccessfully spent $14,000 dollars in immigration attorneys to obtain legal residency and a path toward citizenship.

As of 2013, Canales says he has attended seven routine check-ins with ICE officials in Charlotte, which Collins says he always

Still wearing the monitor, January 18 came and Canales entered sanctuary at the Congregational United Church of Christ in Greensboro.

His belongings now fill the closet racks and drawers in the room the church has arranged for him to stay in.

But his most precious belongings, he says, are pictures of his family.

Canales’ 17-year-old daughter Shirley shared that although she has applied to college and hopes to become a graphic designer, she has also applied to the National Guard hoping that will help her father’s situation.

“I really hate seeing what my country is doing to him and his family,” said Shawn Collins, Canales’ employee and friend.

Collins commented on perceptions and portrayals of immigrants in the media and said, “this man is not a criminal, but what’s being done to him is a crime.”

This is the second time that the Congregational United Church of Christ in Greensboro has taken someone into sanctuary.

According to Rev. Julie Peeples, the congregation is deeply committed to standing with those facing persecution based on their immigration status.

Canales' family and supporters stood outside of Congressman Ted Budd's office in High Point to present a petition and signatures requesting to cancel his deportation order.

No one from the office responded to calls or knocks on the door.

When asked what he expects of this new journey in sanctuary, Canales said, “My hope is to come back home with my family and hold my kids."