9-year-old, Jennifer Short was reported missing until her body was later found in Rockingham County. 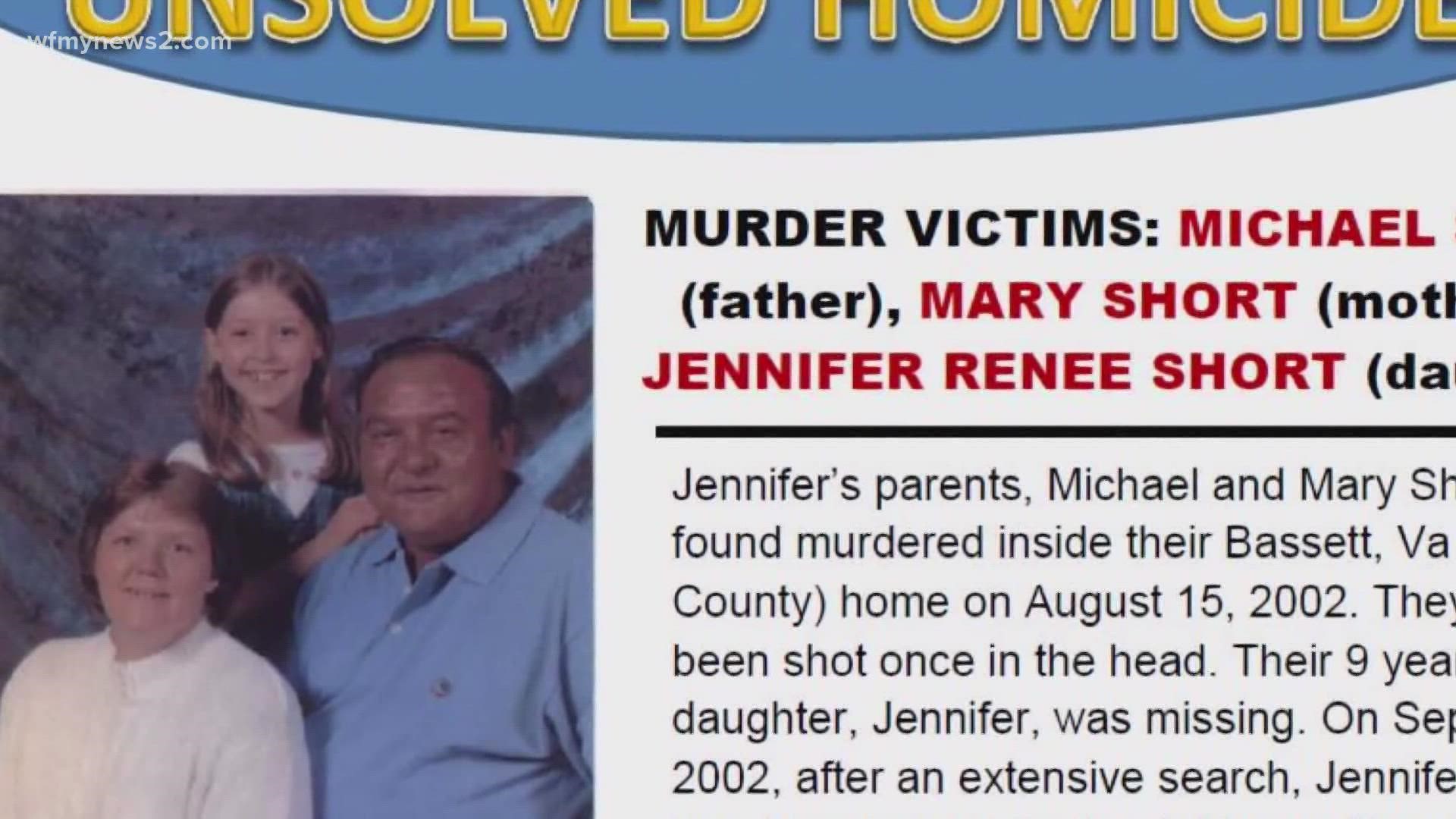 Mike and Mary Short were shot to death in their Virginia home in Henry County in 2002. Their 9-year-old daughter, Jennifer, was missing until her body was later found in Rockingham County. Investigators have yet to solve their killings.

"It's been tough on all of us. It's been real tough," Ray Reynolds said.

Reynolds lived near the Shorts at the time of the shootings. He said he saw Mike and Jennifer the night before police found the couple dead in August 2002.

"He was down to Earth. You could tell he worked a lot because he was always dirty," Reynolds said. "And the little girl, she was just wide open. Just being a kid."

Reynolds organizes a memorial ride is held to bring awareness to the case. It also raises scholarship money in Jennifer's name.

The memorial motorcycle ride goes to the bridge on Gorgan Road in Stoneville, where Jennifer's remains were found. The bridge is named in her memory.

Investigators are hoping to shed new light on the case now that it is reopening.

Rockingham County Sheriff Sam Page was there as the investigation began almost two decades ago. Now, his deputies along with those in Henry County, Virginia are putting fresh eyes on the case with help from the FBI.

Besides the passage of time, there are some challenges.

Page hopes new technology will unearth leads that might have been missed over the years.

Page also said there is about $64,000 reward for information that leads to an arrest in the case.

The FBI task force will review all aspects of the case as they reopen the investigation.