Members of the Amherst Youth Engaged in Service (YES) set up 2,977 flags representing the number of victims who lost their lives in the attacks. 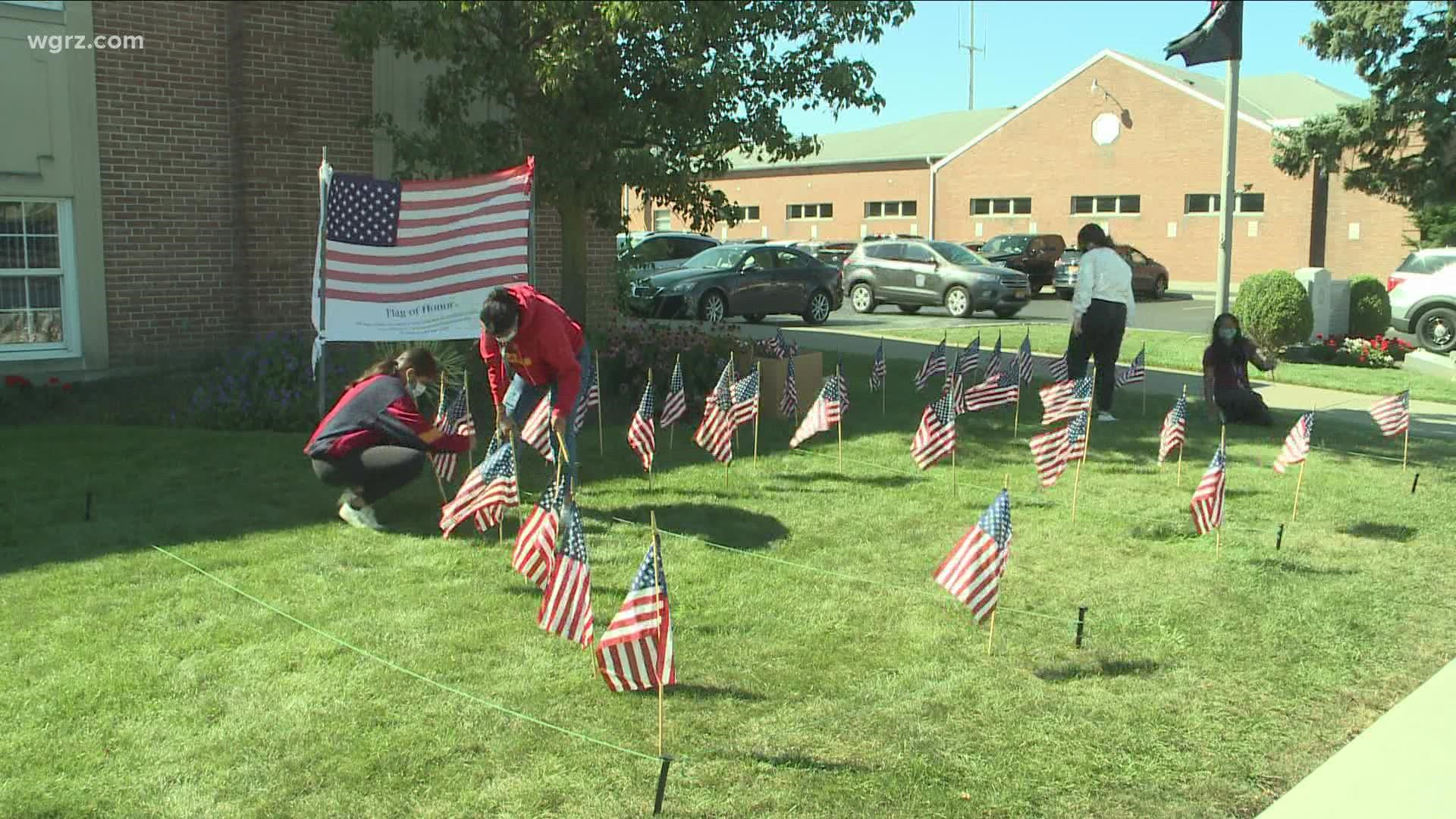 AMHERST, N.Y. — A solemn display can now be found in front of Amherst Town Hall.

Members of the town's Youth Engaged in Service (YES) spent Thursday morning setting up 2,977 memorial flags, representing the number of victims who lost their lives in the 9-11 terrorist attacks.

The placement, ahead of this year's 20th anniversary of the tragic events, continues a tradition that started in 2008.

"As more time passes since the tragedy of 9-11, it becomes even more important for us to remember the events of that day. Our lives were forever changed. Today's youth do not know what our lives were like before that tragic and horrific day. It is our responsibility to impart the gravity of it, the consequences, and the bravery that emerged," said Antonella Stravalaci, director of Amherst Youth Engaged in Service in the town's Youth and Recreation Department.

The display will remain in place through the end of the week following the anniversary.

Members of the public are invited to attend the town's 20th Anniversary Commemoration event on Saturday, September 11 at 9 AM at the Amherst Memorial at the Ellicott Creek Tennis Courts, just north of Maple Road on North Forest.