Triad school districts are facing problems getting certain foods due to food supply chain disruptions across the country. 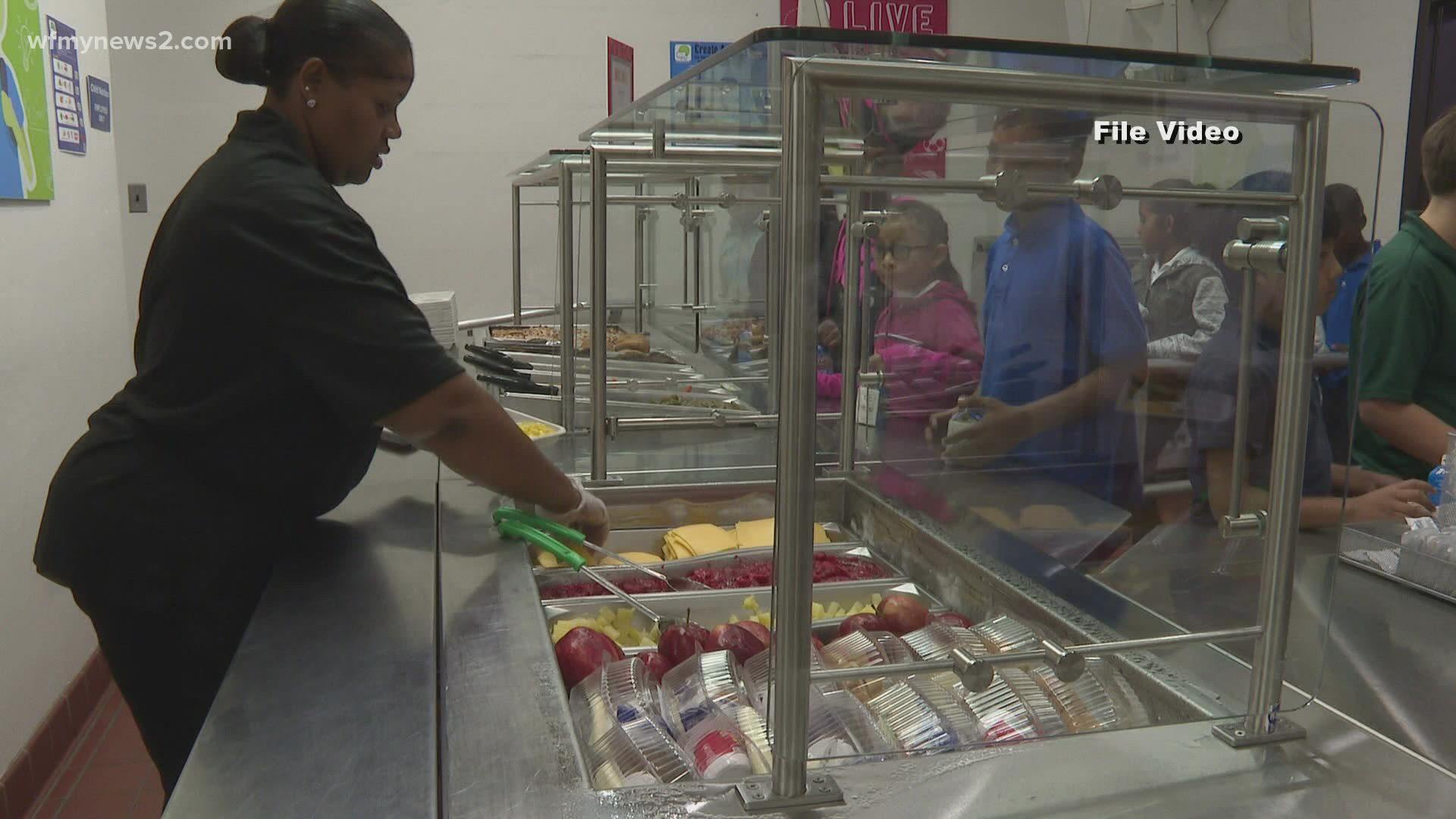 GREENSBORO, N.C. — School districts in the Triad are facing food supply chain issues, forcing them to get creative when it comes to providing meals to students every day.

Guilford County Schools pulled pre-packaged sandwiches this week after some were found to be spoiled. According to a press release from GCS, school personnel were not at fault.

GCS said the sandwiches were served according to the direction of the company, Tasty Brands, along with health protocols and temperature requirements. The district has filed a complaint with the company, but it's a symptom of a larger issue with the food supply chain.

“Manufacturers are having trouble getting items to our food suppliers and so we are seeing substitutes," said Angie Henry, the Chief Financial Officer for Guilford County Schools. "Everything we’ve gotten so far has been something that we’ve been able to serve and still provide healthy nutritious meals to our students.”

Henry said the school district continues to have problems getting certain foods. At times, she said, they were not able to get bread so had to turn to their local vendors, which then cost the district more money.

"The biggest concern is the change in the menu and not being able to serve what's on the menu at every school, every day because there are some parents and some families who decide whether they're going to pack their lunch or do something different for lunch based on what the menu says."

Alamance-Burlington School District officials said they are having to get creative with their menu planning because of the disruption. Pamela Bailey, the executive director for school nutrition at ABSS, said they had issues getting bowls to serve food in and had to get deliveries from five different vendors in five different states.

"We have had to switch our menus a lot to provide (meals)," Bailey said. "Because I mean it’s like (if) we can’t get the pizza bites, well do they have pizza? They’ve got the same ingredients. If we can get the pizza, if not then OK let’s change the menu to a hamburger."

Bailey said sometimes the list of substitutions is eight pages long and it's also causing issues with students who have specific dietary needs.

"Lactose milk was one of the things (that) the distributor can’t get it to us," Bailey said. "(But) I go out to the grocery store and you can’t find it in there either.”

Alamance-Burlington School officials want parents to know that this is a nationwide issue and they are working to make sure kids get a nutritious meal. The meals are also free for all students.

"We understand (parents) are angry but we don’t want them angry at us because this is nationwide and we can’t control it," said Bailey. "I mean we are doing the best we can to make sure that we are still trying to meet USDA food patterns requirements but still give the kids something nutritious to eat.”

RELATED: Set an example for your child by taking care of your body!

A spokesperson for Winston-Salem/Forsyth County Schools said they are seeing some disruptions in the food supply chain, mostly with fruit, but it has been nothing major. Officials said they are still able to find replacements and meet nutrition criteria.

The USDA is stepping in to help schools, including more than $1 billion to help schools affected early on in the pandemic. Schools will also not be penalized for not meeting meal standards due to supply chain issues.