Trump will headline the event aimed at helping Republicans retake control of Congress. 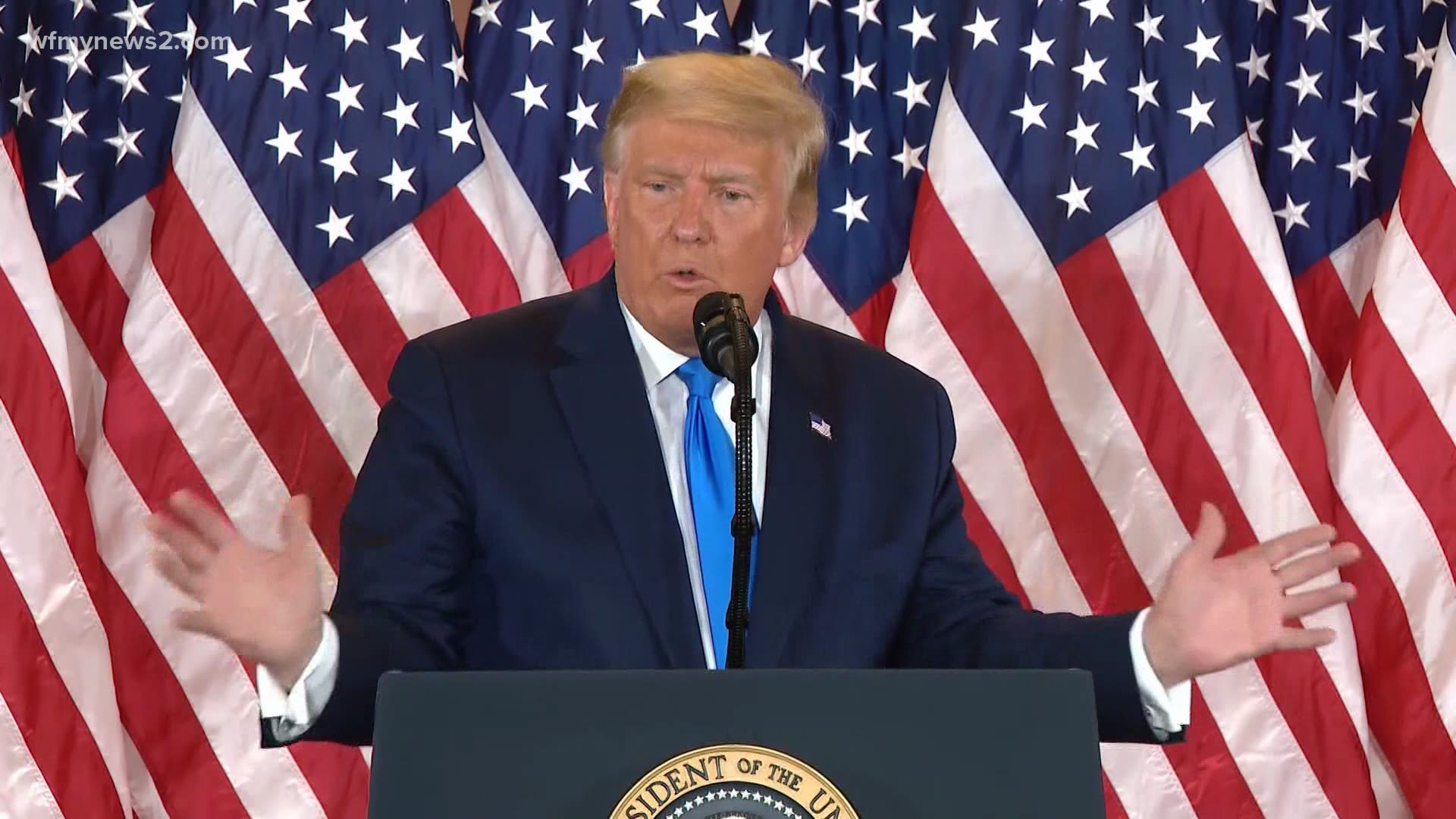 GREENSBORO, N.C. — Former President Donald Trump is headed back to North Carolina during the first weekend of June. He will headline the North Carolina GOP convention.

The convention is in Greenville from June 3 through June 6. Other speakers include Gov. Kristi Noem from South Dakota, Congressman Ted Bud, Lt. Governor Mark Robinson, and other Republican leaders from across the state.

The head of the NCGOP, Michael Whatley, says Trump picking this event for one of his first big public appearances since Joe Biden became the 46th president, shows how big of a deal our state will be in the next election cycle.

"We are the ultimate swing state," Whatley said. "And we’ve been very, very close in terms of elections since 2008, 2012, 2016, and 2020. We had a narrow win for Donald Trump here. But also, when you look at some of our congressional races. This is going to be one of the ultimate battleground states."

"The enthusiasm he brought to the election cycles in 2016 and '20, the new voters he brought to the Republican party and all the votes he brought to the polls are absolutely undeniable. He has a strong appeal to bring Republicans out. And to bring independents and unaffiliated voters over," Whatley said. "He’s going to be a tremendous influence on the party. The American-first agenda that he rolled out and was pushing in his term in office is going to continue to be policies that will be supported by Republicans at large. We think he’s going to continue to be an influence driver of the party going forward."