After 4 p.m. on Fridays and Saturdays, those under 18 years old must be with a parent or adult supervisor. 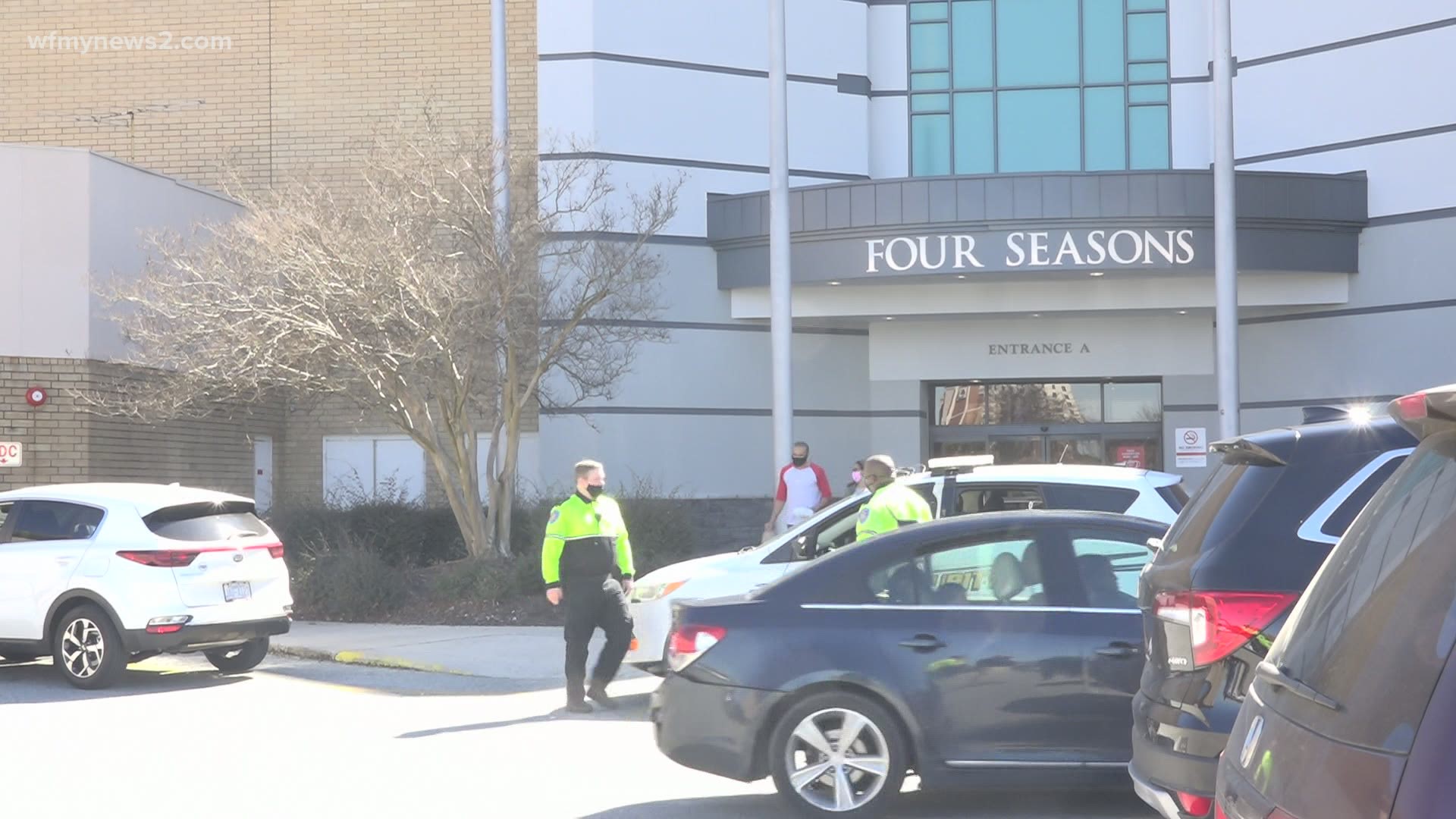 GREENSBORO, N.C. — A week before it is set to become a federally-funded mass vaccine site, Four Seasons Town Centre in Greensboro announced Wednesday it will be enforcing a mandatory chaperone rule.

The Parental Guidance Required program (PGR) will begin on Friday, March 5. It means that after 4 p.m. on Fridays and Saturdays, anyone who is under 18 years old must be with a parent or supervising adult who is at least 21 years old.

Four Seasons Town Centre said the chaperone program will be strictly enforced throughout the entire property, including the parking lot and surrounding sidewalks.

The change comes after a large fight broke out inside the mall on Friday - the day White House officials announced Four Seasons Town Centre would be used as a mass vaccine site, set to open on March 10.

Robia Gross, General Manager of Four Seasons Town Centre said: “After much evaluation, we determined the necessary next step for our security protocol will be to implement a formal curfew program. We’ve continuously explored and implemented new security measures that will help ensure a safe, peaceful environment for our community. Everyone is welcome at Four Seasons Town Centre at any time. We simply require that during certain weekend hours, families shop together and guests under 18 are accompanied by an adult. The PGR program will enhance the shopping experience in ways the entire community will appreciate.”

During chaperone hours, security officers will be stationed at the mall entrances to check IDs of visitors who appear to be younger than 18 years old. Those who can't provide a valid photo ID showing they are at least 18 will need to be accompanied by a parent or supervising adult to stay at the mall.

Four Seasons Town Centre said one adult may chaperone up to four kids or teenagers who must remain with them throughout the shopping trip.

If you're older than 18, you'll be offered an optional wristband. It isn't required to wear the wristband, but you may be asked for your ID again by security officers.

Some business owners said the move was a good idea.

"I really hope that they do crack down on how many people are coming to the mall and just dropping the children off and the children are not being on their best behavior," said Jackie White of Greensboro.

White owns the African American Art and More which has been at the Four Seasons Towne Centre for more than 30 years.

"I am all for anything that they do to continue to keep customers coming to the mall," she said.

"I know other malls have done it and it has worked. I just think it's a good thing to have the younger kids chaperoned while they're out here so they can stay out of trouble," said David Leipziger who owns Embroidery at Custom Caps.

Announcements will be made inside the mall starting at 3 p.m. on Fridays and Saturdays to remind shoppers of the chaperone rule starting at 4 p.m. After that time, security officers inside the mall will check the IDs of people who appear underage and not wearing wristbands.