Mooresville Officer Jordan Sheldon was a 6-year veteran of the force. Since his death, the community has put on several different events to honor him. 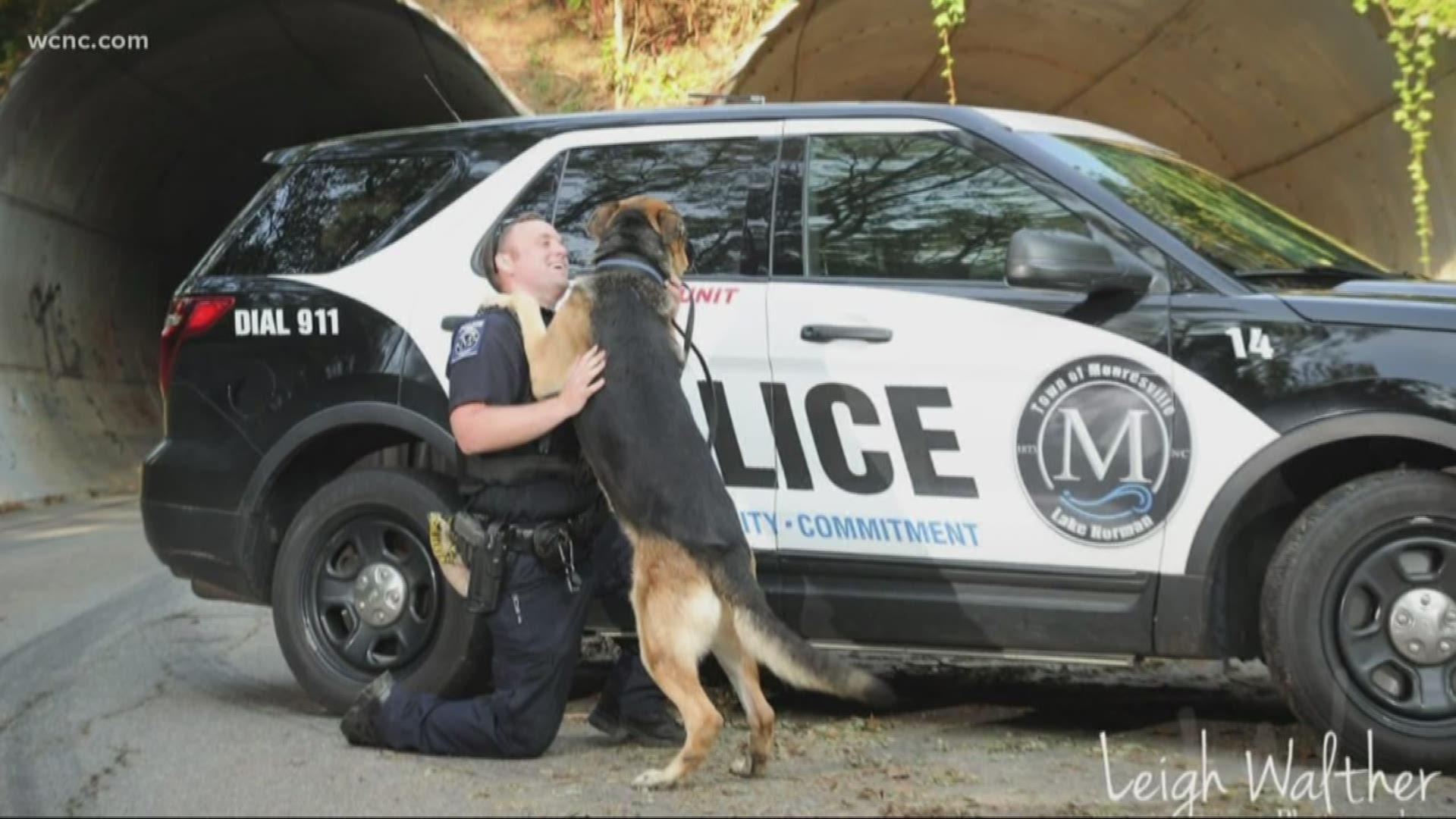 MOORESVILLE, N.C. — It's been nearly five months since Mooresville K9 Officer Jordan Sheldon was killed in the line of the duty.

Sheldon was a 6-year veteran of the force, and since his death, the community has rallied around his family, putting on several different events to honor him.

On Friday night, Belk in Mooresville held "Friday Night Lights" -- a night of fun food and music to raise money for Sheldon's K9s, the foundation created in his honor working to better the lives of K9s and their handlers.

One family's pain is felt by an entire community.

"After the funeral, people in Mooresville lined the streets to bring him home, and that’s not something you forget about,” said Carson Ledford, Officer Sheldon’s younger brother.

Sheldon’s death was a defining moment in Mooresville, and his family has felt the support of strangers in the months since.

"Without a doubt, this has been, and I don’t say this lightly, the worst thing that’s ever happened to us and understandably so. That being said, I think the people really loved Jordan here and that means something. It doesn't replace him and it’s not a substitute for him but it does mean something," said Ledford.

In their grief, they've found light.

"My running joke with him was that he was going to be the crazy old dog man," said Ledford.

They started Sheldon's K9s, a foundation that will help support police dogs and their handlers by buying equipment departments don't have enough money for and raising awareness about just how much K9s do.

"I don't just say this because I’m his brother and I’m a little biased. Jordan was the right handler for Ramon because he was a challenge, and Jordan was always up for the work,” said Ledford.

He added he's now learning who Jordan was at work is exactly who he was at home.