The tornado caused damage over 8.5 miles Thursday in Gaston and Cleveland counties. 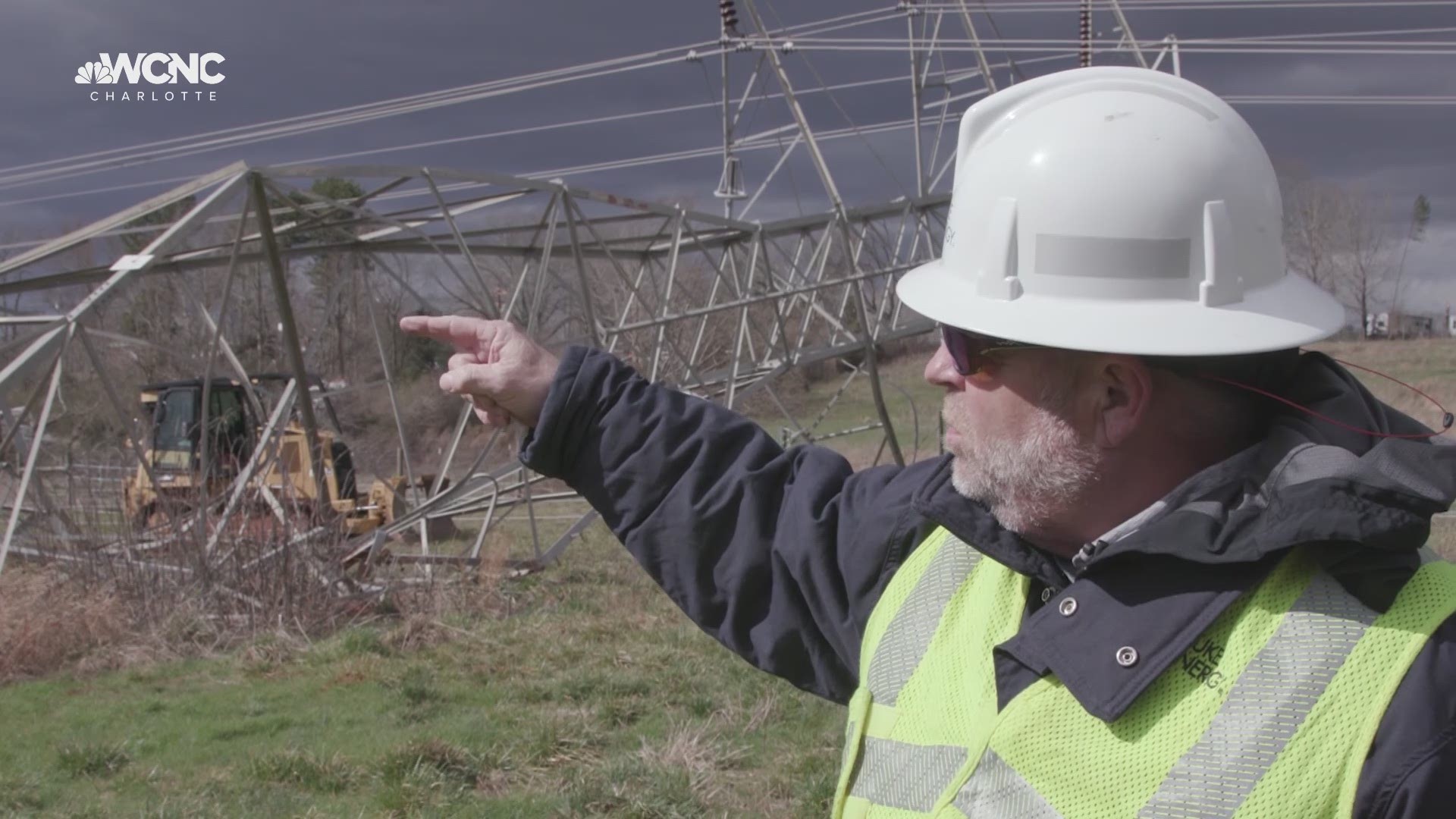 The tornado caused damage over 8.5 miles from Grover in Cleveland County, through Kings Mountain, and towards Crowders in Gaston County, according to the National Weather Service.

The tornado begin near Interstate 85 and moved east for 10 minutes.

"No customers are impacted by this incident because these lines are used to move power in and out of our region," Duke Energy said in a released statement. "Approximately 150 field workers from Duke Energy and support companies will work through the weekend to rebuild the structures."

"The damage suggests winds of 130 mph," the National Weather Service wrote in their storm survey.

Teams from the National Weather Service investigated damage across Charlotte and the Carolinas Friday to determine the cause of damage, and if it was tornadic, the strength of those tornadoes.

In Mecklenburg, an EF-1 tornado caused damage from Pineville to Matthews across south Charlotte.

In Cabarrus county, extensive damage there was likely caused by more tornadoes.

Thousands remain without power across the region was Duke Energy continues efforts to repair equipment and repair service.

Residents living along waterways have been warned to monitor rising water levels as rivers, creeks, and streams continue to handle the storm's extensive rainfall accumulations and storm runoff.

RELATED: "There was no warning" Six people injured when flight from Charlotte to Knoxville hit "heavy turbulence"