WFMY News 2 looks at the North Carolina state law(s) that all school districts are supposed to follow when it comes to closing a school. 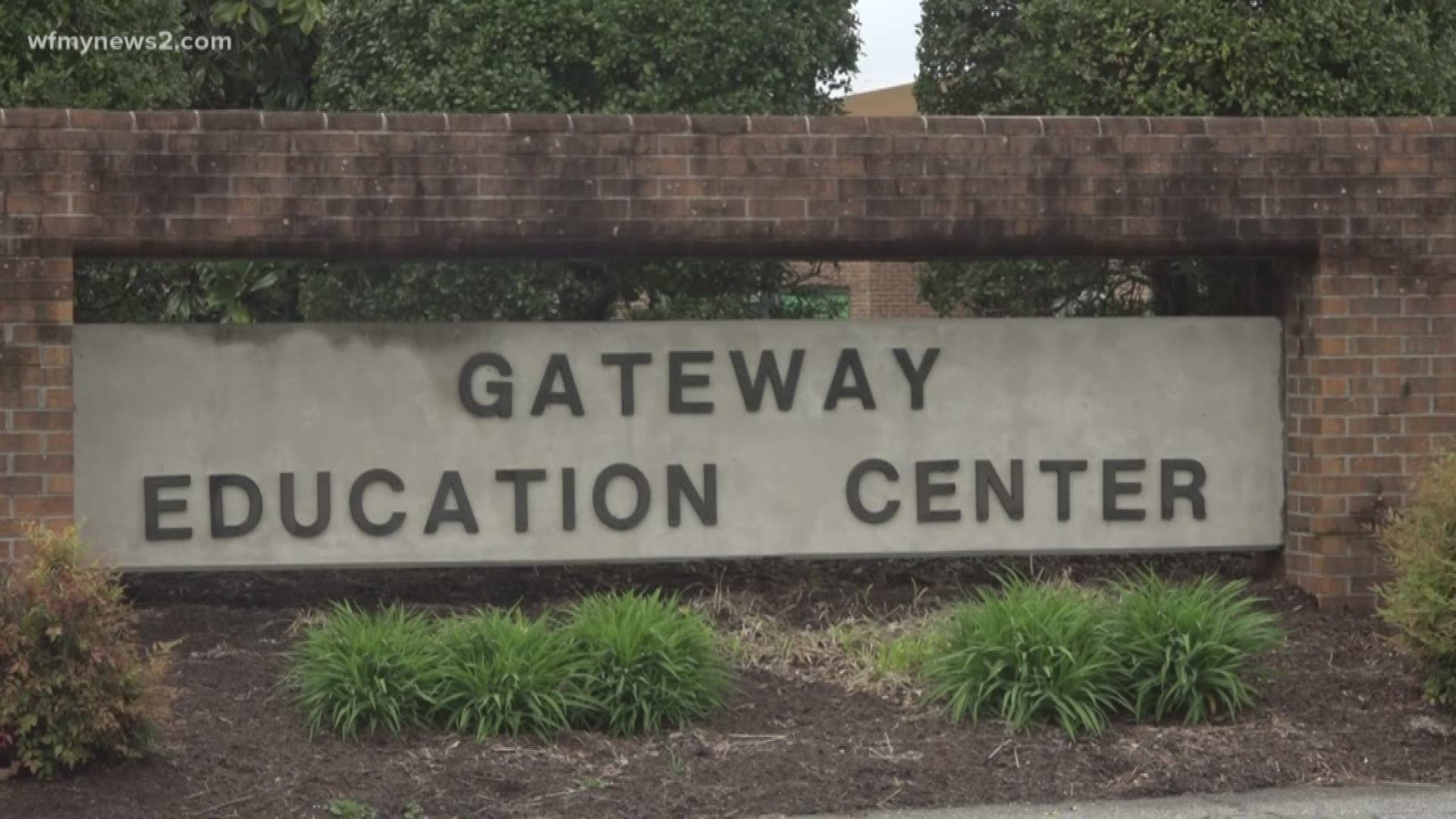 GREENSBORO, N.C. — Two Guilford County Schools have been in the spotlight recently ahead of a School Board meeting Wednesday morning.

Parents with students at the Gateway Education Center say they received calls from school leaders Friday about the special needs school closing down, a surprise move many of those parents find problematic.

"I feel like we have very limited time to act and really advocate for this special community that nurtures our family and our children," said Dania Ermentrout, the PTA president at Gateway Education Center.

There's also been talk about closing down Hampton Elementary, one of three schools impacted by the April 2018 tornado.

There's a North Carolina state law on the books that actually details how districts should go about closing, consolidating or discontinuing a school.

First, a school board must do a study to take into account things like student welfare, enrollment, geographic conditions, inconvenience to students and costs.

Guilford County Schools Superintendent Dr. Sharon Contreras confirmed Monday she would recommend to the School Board that Hampton Elementary close for good.  The district has been tight-lipped about a recommendation to close the Gateway Education Center for special needs students.

"I just think Guilford County Schools needs to be a little bit more transparent with this process," says Lakeisha Williams.

Williams' 2-year-old son Isaiah has cerebral palsy and attends the Gateway Education Center's infant/toddler program.  She, like a lot of other parents, are worried what a switch in schools would do to her child.

"He's came such a long way and I just don't want to see him go backwards," she says.

She's not alone.  WFMY News 2 has talked with nearly a dozen different parents who have students at the school and they all said they'd want to keep their kids where they are.

Bill and Janie Coble got the call Friday from school staff saying that students would be moving next year.

"Tears rolled up in my eyes," Janie says.

Her 11-year-old son Noah has been going to the school for nine years.  It gives his family stability in an otherwise unpredictable day.

"I hope they make a better decision and not close my brother's school," adds his older sister Genna.

Along with Hampton Elementary, the April 2018 tornado damaged Erwin Montessori and Peeler Elementary so badly that the students and teachers had to move to new schools.

Students from Hampton Elementary were moved to Reedy Fork Elementary School, about a 20 minute drive away.  Dr. Contreras says many parents opted to enroll their students in other schools instead, adding there are just more than 100 Hampton students at Reedy Fork.  With many of those students being 5th graders heading to middle school next year, the district expects even lower enrollment for Hampton.

"We have questioned the parents again, many of them said they will not be returning to Hampton, making it very difficult to run a school with less than 50 students, which is what we’ve been projecting for the next year," she said.

Dr. Contreras will be making her recommendations to the School Board Wednesday morning at an 11:30 meeting.

School Board member Byron Gladden, who has both Hampton and Gateway in his part of the district, says there won't be any sort of "vote" on closing a school in the district in that meeting.

Despite reports to the contrary, the GUILFORD COUNTY BOARD OF EDUCATION has not decided the future of Gateway Education Center. As a board member, I had no prior knowledge about the school system’s announced recommendation to close Gateway.   The Board’s normal process when considering closing a building is to evaluate the facility, schedule and hold a public hearing and then make a final decision. At this point, all of these steps have not occurred. Any announcement at this point is premature.  Closing a building requires that we consider more than just the physical campus. We consider its educational suitability, site conditions and technology readiness. And we need to hear from the people who use this building. Gateway is not just a school. It is one of the county’s four facilities for exceptional children. Moving students is more difficult than simply redrawing an attendance zone.

While Gateway is in my district, my concerns about closing this, or any other school, is that we follow our stated processes. Parents and staff should not have to find out about a school’s future without having the opportunity to share their concerns and to hear the facts.  While I have concerns about closing Hampton, parents there were given the opportunity to voice their opinion. We need to do the same here.   As a board member, I take seriously my responsibility to ensure that the students of Guilford County get the best education possible and that we are good stewards of the tax dollars entrusted to us. It is my duty to represent not just the people in my district, but all the county’s citizens.  This you can be assured.