The celebration was a gathering equipped with music, cupcakes and a love for people. 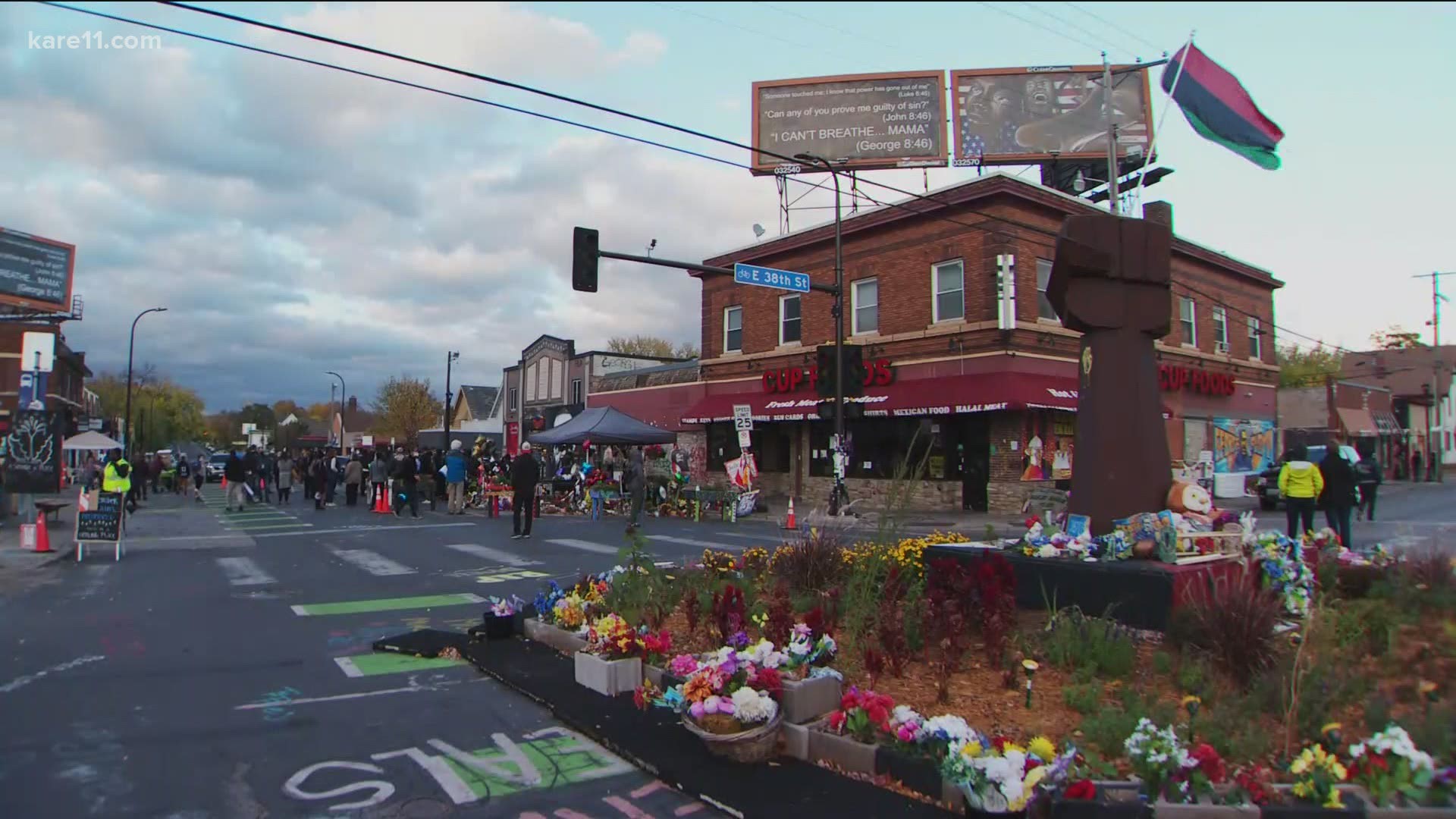 "Since he cant be here to celebrate, I’ll celebrate on his behalf," said Kenneth Lax, a community member who's been rallying for justice on Floyd's behalf since he died.

Floyd died while in the custody of Minneapolis police nearly five months ago.

His birthday celebration Wednesday was a gathering equipped with music, cupcakes and a love for people. If you ask Floyd’s family, he wouldn’t have had it any other way.

"He may have had his own faults but he loved people," said Floyd's first cousin Paris Stevens.

"When I think of today without him, sometimes I just don’t know, but just seeing you guys, just help me get through it because I miss him terribly," said Floyd's aunt, Angela Harrelson.

It was a celebration through pain and cries for justice in the wake of Floyd’s death.

A fight Stevens says her family plans to win and they plan to do it by voting in this year's election.

"If we want justice to happen we have to vote for those who have the same reflections as what we have," said Stevens.

The intersection at 38th and Chicago for months now has remained a place where joy and pain collide, and its through those mixed emotions the family and their supporters say the push for change being sparked around the world, which started at the intersection, will continue until justice for Floyd is served.

"Keep walking the walk, its going to be a long walk," said Stevens. "Don’t give up, we got to fight each day."