The Greensboro police department will now require officers to intervene when witnessing 'excessive use of force,' chief says. 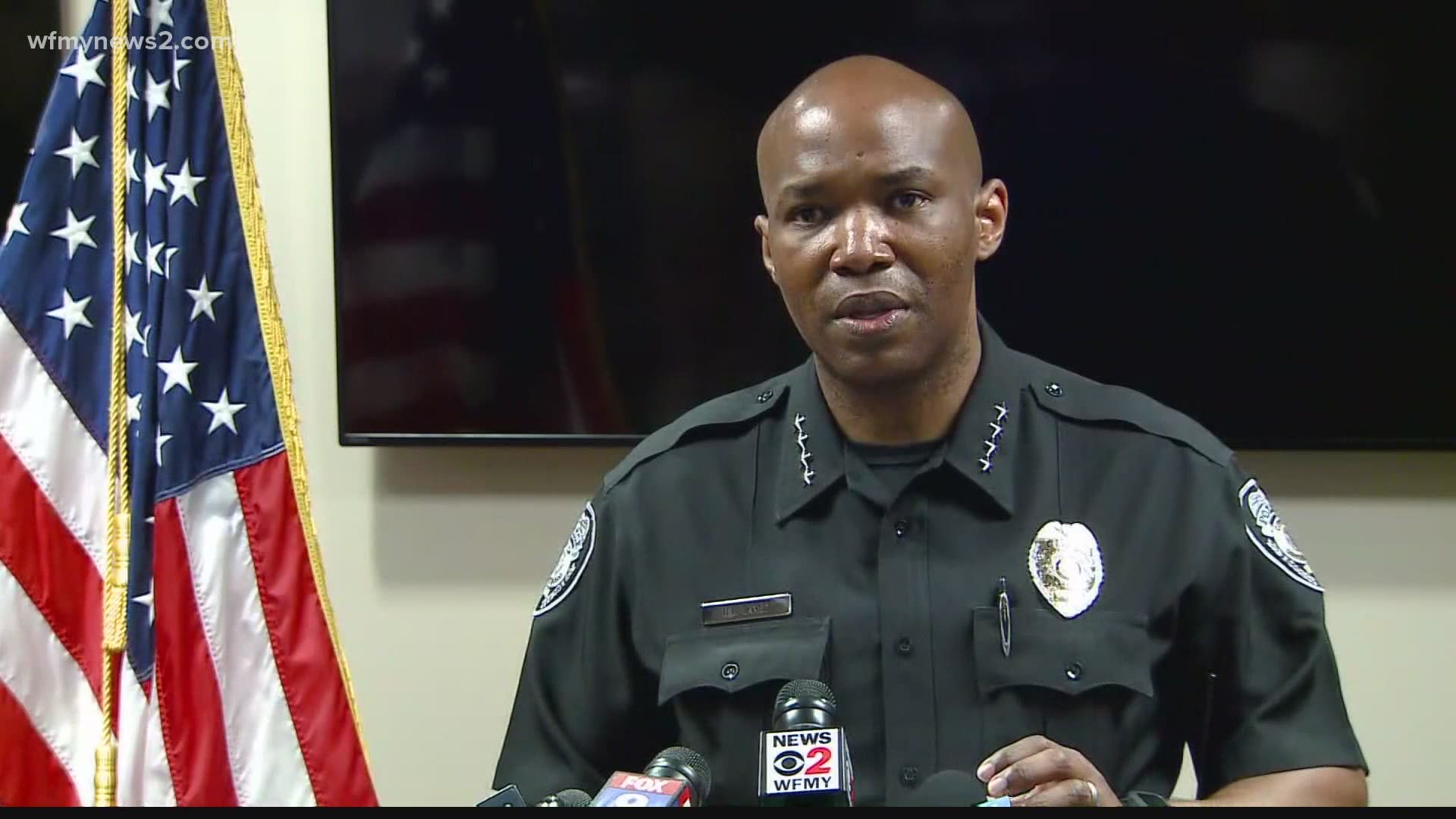 GREENSBORO, N.C. — The Greensboro police department announced policy changes following days of protests against racial injustices. Monday's changes come in the wake of George Floyd's death and the subsequent outburst of protests which since engulfed the United States and Greensboro.

Greensboro police chief Brian James announced policy clarifications and changes that aim to prevent any similar excessive uses of force in Greensboro. GPD officers will now be required to intervene in any situation where they witness officers using excessive force. Chief James said they would be compelled to step in 'verbally or physically' to prevent abuses from happening.

Additionally, the GPD made clarifications to its previous restraint policies. The already GPD did not teach or train its officers to use “choke holds” or “strangleholds”, and prohibited any restraint or use of force which restricts breathing. The language of the policy was changed to "strictly prohibit" these restraint methods and reduce other uses of deadly force.

Chief James said another new change in language to previous policy is to specify that officers will now utilize “the minimal amount of force necessary” to stop resistance and effect an arrest. 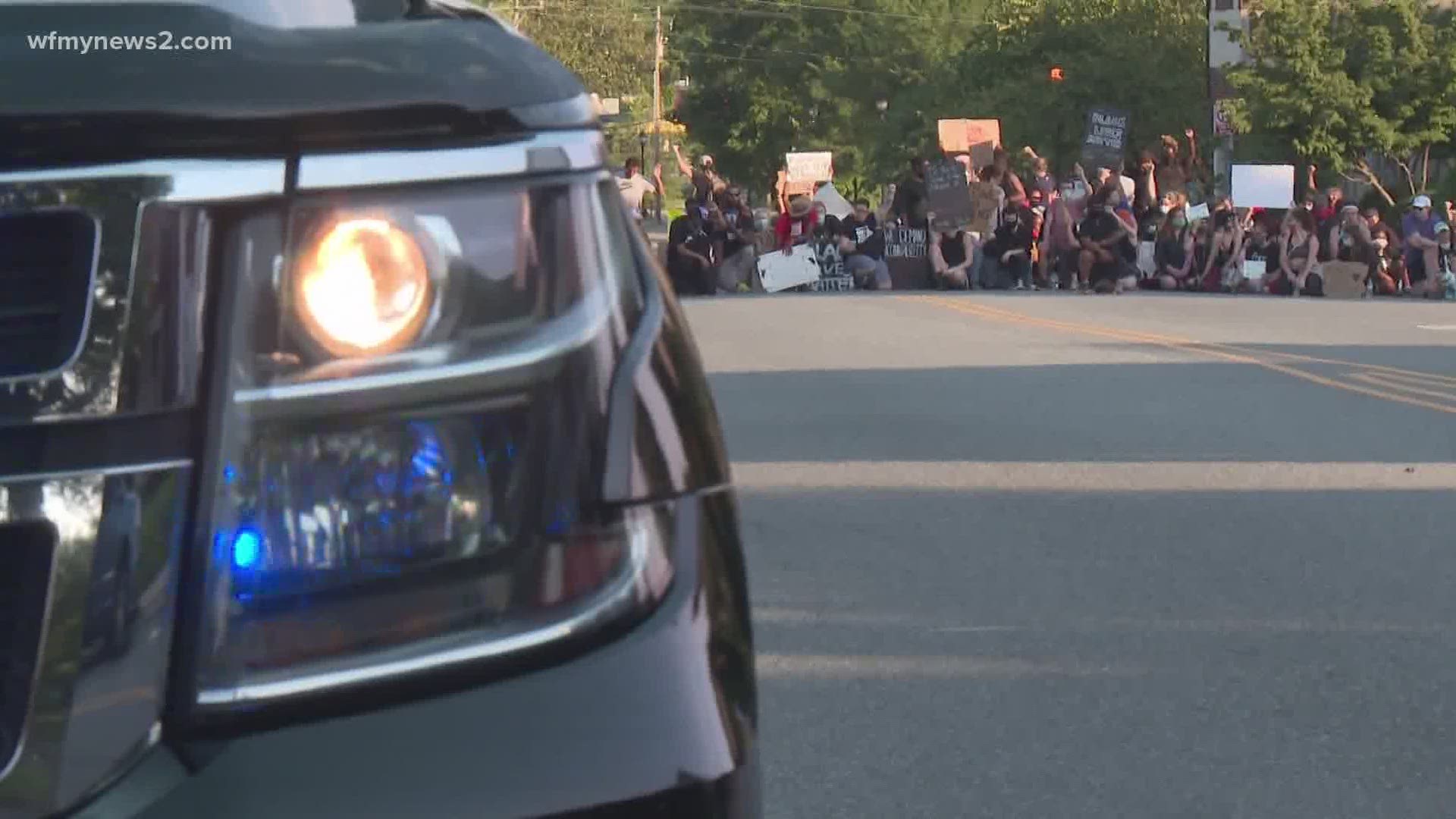 Community members are also responding to the policy changed. Casey Thomas is an active member of the Greensboro community. She's helped organize recent protests downtown and brought the public together for community police chief meetings.

"We want laws that are passed that are not just internal policy changes but have an entire overhaul of the use of force policy that can keep people safer and that are permanent changes," said Thomas.

Thomas said she'd also like to see the department ban the use of chemical weapons, and more accountability measures.

"I think when we’re talking about trying to correct systems that have been very harmful to a certain demographic that we have to be way more aggressive," said Blackmon.

Blackmon said he wants to see more members of the community involved.

Kay Brown agrees. "Though I appreciate the swiftness in moving with some policy changes I do think that one more people who are doing grassroots work in the community need to be at the table," said Brown, "Those policies and procedures won’t mean as much if we’re still being overpoliced on the east side of Greensboro."

Chief James said the policy changes announced today were some of the immediate work that could be done. He said the department wants to continue building it's relationship with the community moving forward.

These changes, in addition to a previously modified policy from February concerning firing at moving vehicles, echo the calls for accountability from protesters. Last week, Mayor Nancy Vaughan vowed changes in the department after meeting with protesters and community members.

In Chief James' press conference, he emphasized the need to focus on personnel as much as policy. Greensboro policemen already are required to undergo a psychological evaluation upon entering the police force, Chief James said. Now, they will be required to undergo follow-up psych exams every five years under the new policies. Chief James also said he is "exploring enhanced access to counseling services for our officers" with the goal of providing free counseling to all officers in the near future.

"This is just a start," Chief James said, "Our discussions were cut short due to the COVID-19 pandemic, but I want to engage with the community."