Hundreds of mourners paid respects during a public viewing before the service. 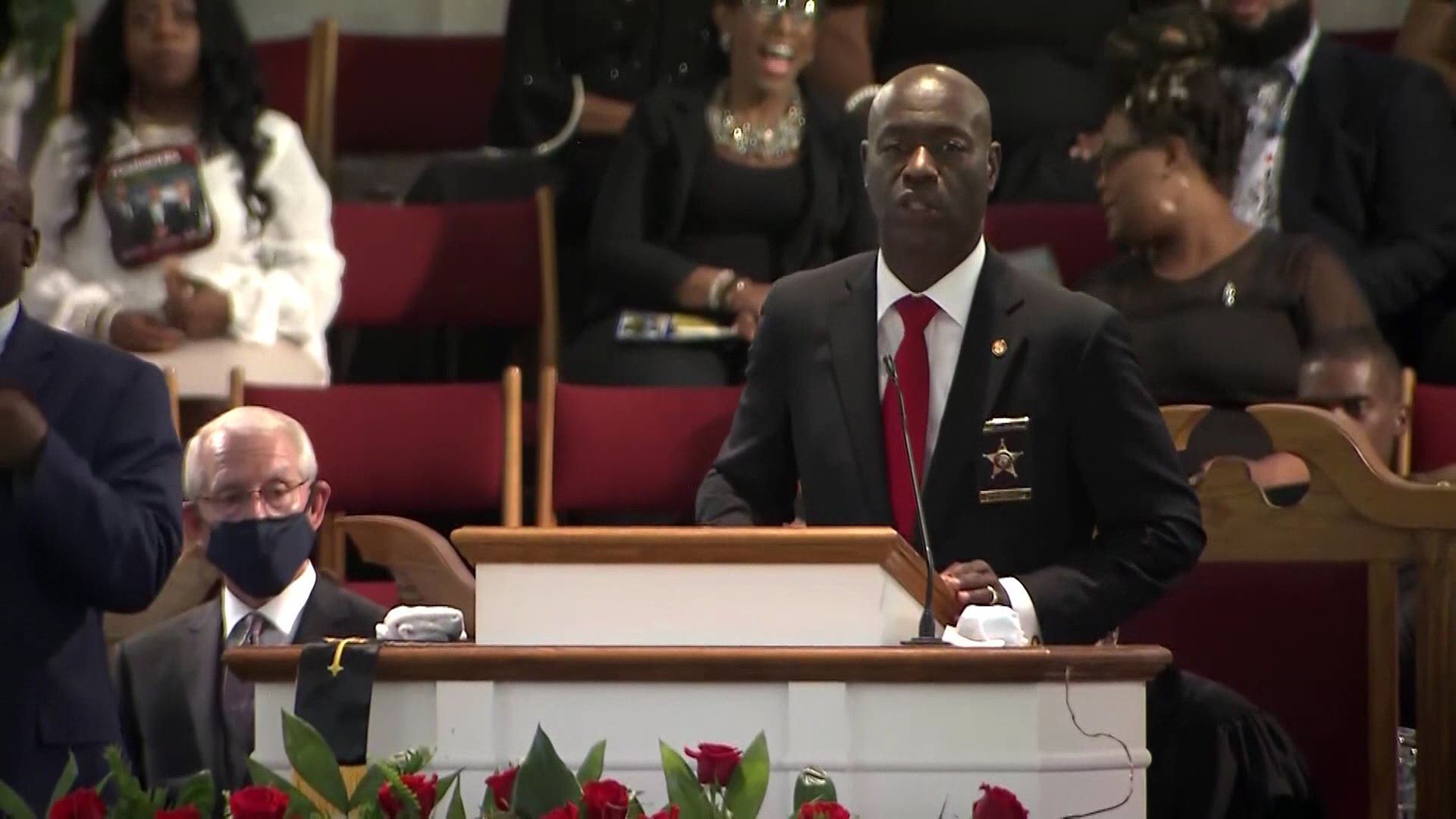 RAEFORD, N.C. — Hundreds of mourners paid respects to George Floyd in his North Carolina hometown on Saturday, twelve days after he was killed while in Minneapolis police custody. Floyd was born in Raeford, where his sister still lives.

It was an emotional day for all, as state representatives and local law officials joined the service in Hoke County, demanding change.

"While we gather today to celebrate life, we know that our community and our nation are hurting. We also acknowledge the overwhelming grief we have felt today by the family. We know that we can't bring George Floyd back. However, we can make sure that justice is served," said Congressman Hudson, who represents Hoke County.

Meantime, the nation's capital is preparing for what is expected to be Washington, D.C.'s largest demonstration against police brutality yet. Military vehicles and officers closed off much of downtown Washington to traffic ahead of the planned march that's expected to attract around 200,000 people. Large protests also took place across the U.S. and in major cities overseas, including London, Paris, Berlin, and Sydney, Australia.

RELATED: What is George Floyd’s connection to North Carolina?

RELATED: 'You changed the world George': Floyd's memorial service in Minneapolis marked by calls to action