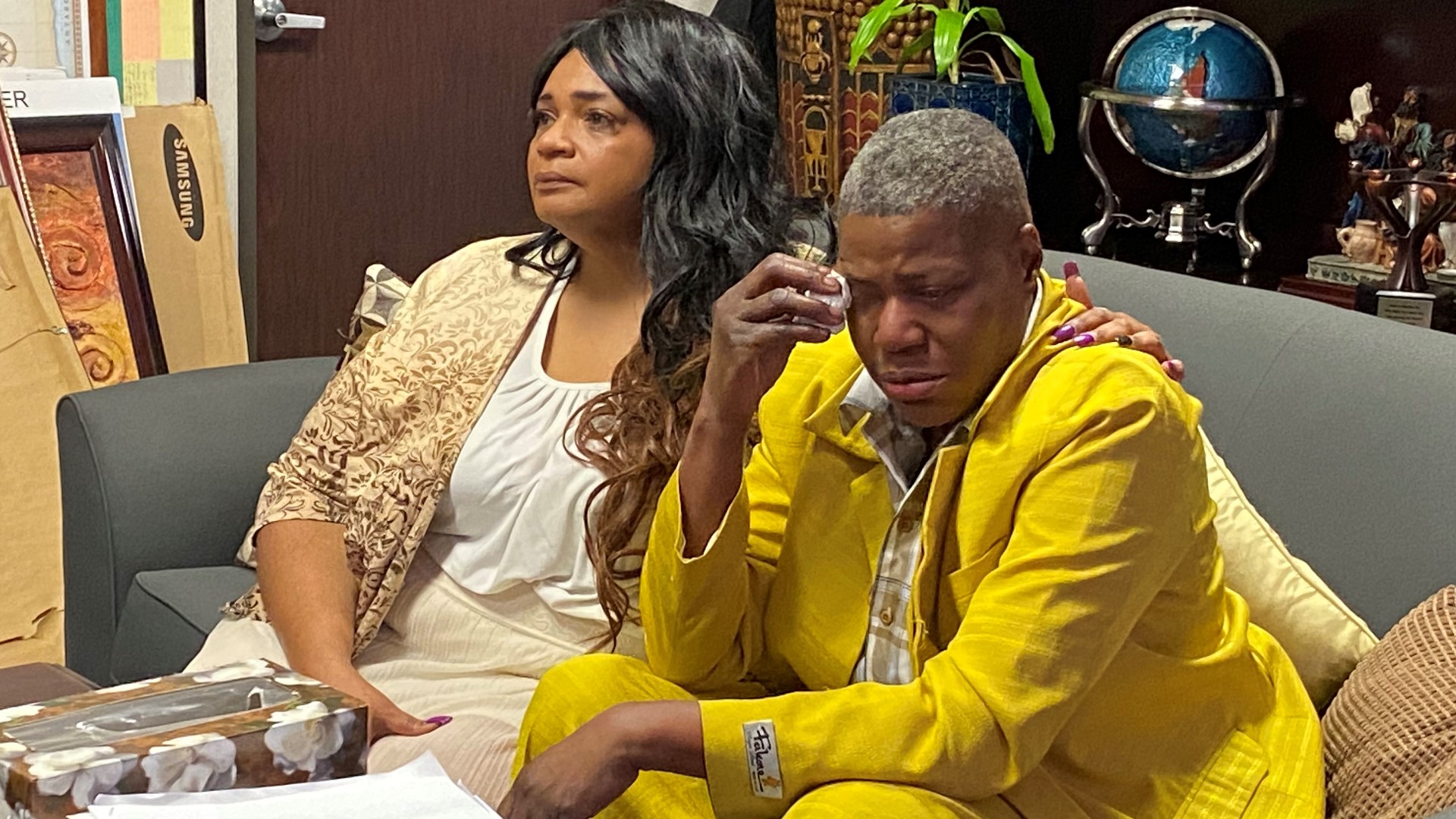 "I do want to give my condolences to the Floyd family," Chauvin said.

LaTonya Floyd couldn’t keep her emotions in check while watching with a friend in Houston.

"It’s just so painful. It’s so damn painful," LaTonya Floyd said. "I know we’ve all lost somebody, but not this way.”

I’m w/members of #GeorgeFloyd’s family in Houston as they await #ChauvinSentencing. Sister LaTonya Floyd and friend Tiffany Cofield wipe tears as relatives give impact statements in MN. Watch for reaction on @KHOU at 4,5,6. Link to live hearing: https://t.co/JUz6B04aw3 #khou11 pic.twitter.com/DAX7HsK7G8

Some of George Floyd's relatives read impact statements during the hearing in Minneapolis.

LaTonya Floyd, who’s never seen video of her brother’s arrest in its entirety, excused herself when prosecutors recounted it.

"You know, my mother passed, my father passed, and you don’t get over that," LaTonya Floyd said. "You’re just able to, you know, keep living, you know? But he suffered so bad.”

She didn’t shy away from sharing her reaction to Chauvin’s sentence of 22.5 years which was seven-and-a-half years short of what prosecutors wanted but well within Minnesota sentencing guidelines.

Another sister who founded the George Floyd Memorial Foundation said the sentence shows that matters of police brutality are finally being taken seriously.

That's something against which LaTonya Floyd said she is committed to fighting.

"We’re not going to give up in my brother’s name,” LaTonya Floyd said.