‘We will not tolerate destruction,’ Law enforcement address Greensboro demonstrations

Greensboro Mayor Nancy Vaughn said, “We had a few very difficult hours but that's not the way Greensboro should be defined.” 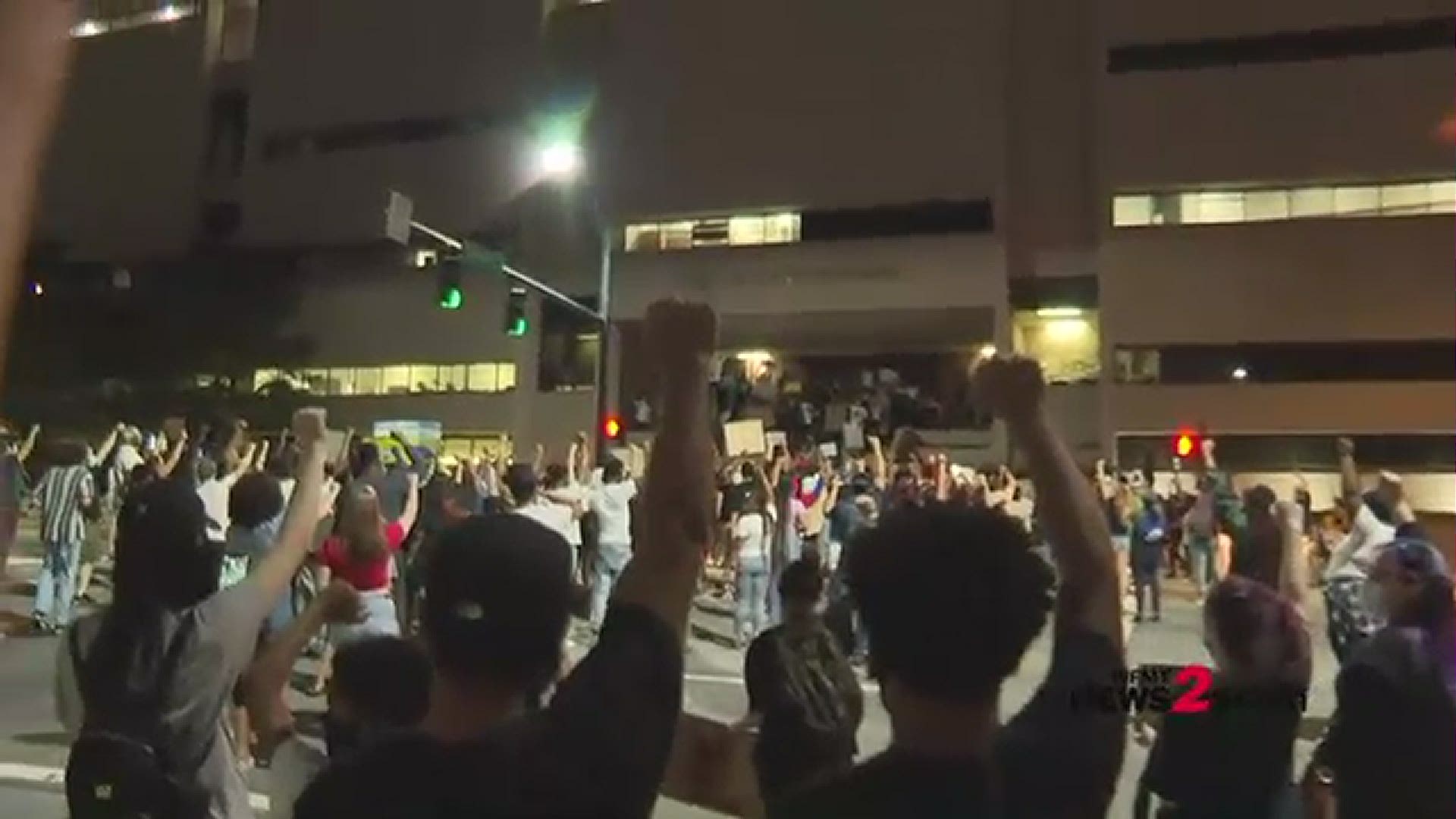 GREENSBORO, N.C. — City leaders and law enforcement addressed the peaceful and destructive demonstrations on Saturday in Greensboro after the death of a black man in police custody in Minneapolis.

“We had a few very difficult hours but that's not the way Greensboro should be defined,” Mayor Nancy Vaughn said.

Vaughn said it was a group of outsiders who caused most of the destruction.

“I too feel that black lives matter and people have to be able to say that and be out in our community, and it's very important to hear those words. But there were people in those groups yesterday that came to our community to start trouble,” Vaughn said. “We are not going to let a few interlopers take apart what we have spent a long time building. We are Greensboro strong.”

“That’s not productive, that doesn’t honor the memory of George Floyd, that doesn’t make us better. That doesn’t get us to move past this point and build upon it,” he said.

Law enforcement does not have the answer to how the International Civil Rights Center and Museum’s window was broken.

“We don’t know who broke it at this point. We’re investigating a lot of different things. But the fact is a beacon of light was damaged last night. It will be repaired, and we’ll move on, and it will still be a beacon of light. But my point is this: that was not productive to damage that symbol in our community. Neither was it productive to damage a number of businesses that employ people right here in this community,” James said.

He said some police cars were damaged, but no officers were injured.

James said he does not know if there will be more protests in Greensboro but they’re looking into it.

"It is our hope that this meeting today will serve as a starting point for a peaceful path moving forward.

All of us should honor George Floyd by listening, learning, and advocating for change. But under no circumstances should we allow his tragic death to be a pathway for more suffering, and allow the true purpose of this movement to be lost in vain.

Greensboro is one of the birthplaces of the civil rights movement. Historical progress has been made, but there is more work to be done. We are committed to supporting both our law enforcement officers and peaceful demonstrations in working together to make Greensboro and North Carolina a better place for all of our communities."

RELATED: High Point Walmart closed as a precaution for the day