Since the start of the "Booze It & Lose It" campaign in 1994, more than 9,000 people have lost their lives in alcohol-related crashes. 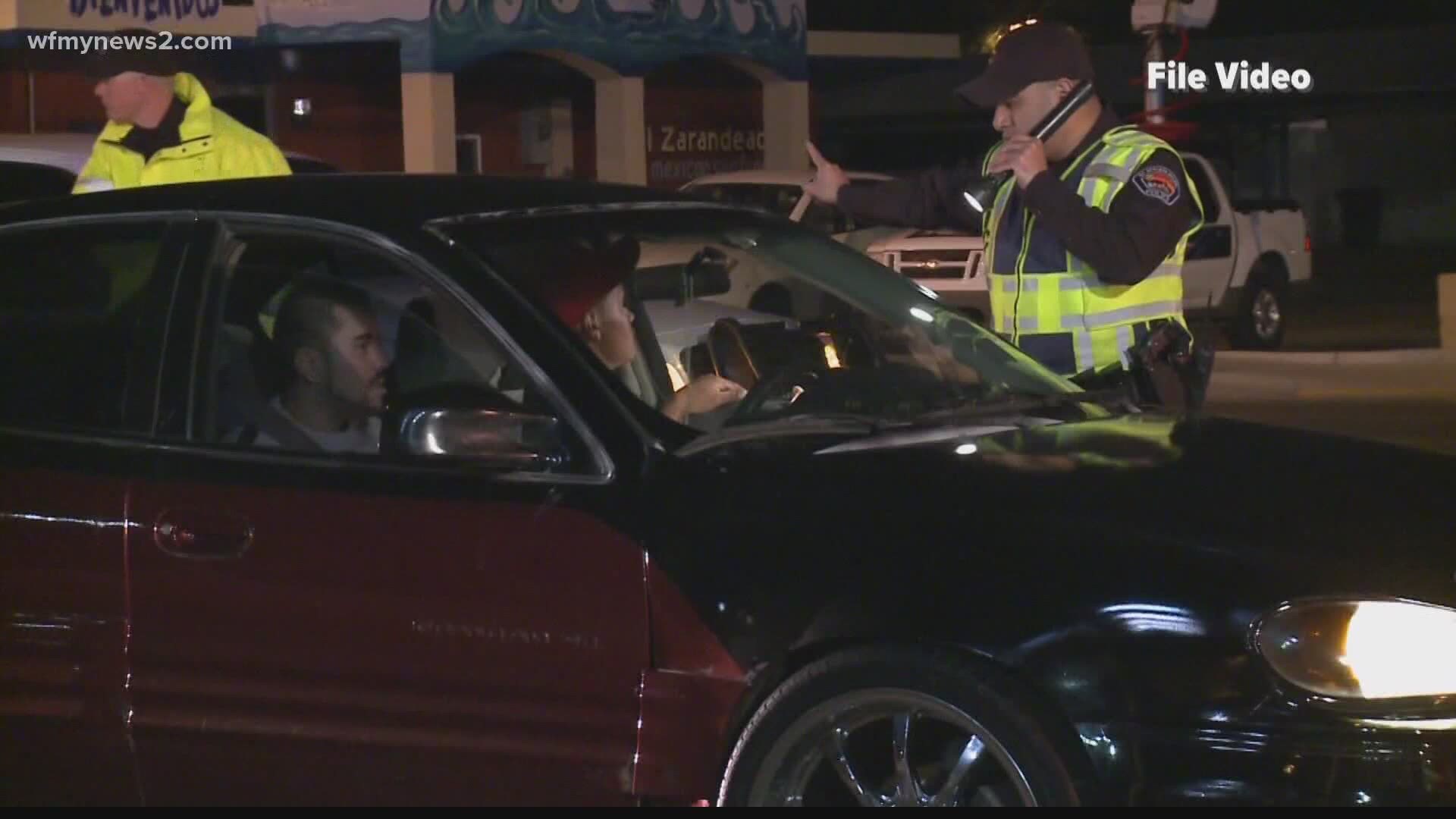 GREENSBORO, N.C. — The North Carolina State Highway Patrol is cracking down on impaired driving. It's all part of the 2020 Labor Day "Booze It & Lose It" campaign. Law enforcement agencies are increasing the number of patrols and setting up sobriety checkpoint stations statewide. The purpose of the anti-drunk-driving campaign is to save lives and raise awareness of the consequences of drinking and driving.

Since the start of the program in 1994, more than 9,000 people have lost their lives in alcohol-related crashes. During last year's Labor Day Booze It & Lose It campaign, law enforcement agencies held more than 6,000 patrols and checkpoints statewide. It resulted in more than 92,000 traffic and criminal violations, including more than 2,200 DWI charges.

"We're going to be targeting those dangerous drivers that are impaired, but also the folks that are exceeding the speed limit, possibly not wearing their seatbelt, as well as texting and driving and following too closely,” said Trooper Brandon Baker with the State Highway Patrol. “All of these things together are a very dangerous combination, and it’s something that's preventable.”

If you're caught driving while impaired, you could face jail time, lose your driving privileges and pay an average of $10,000 in fines. The "Booze It & Lose It" campaign kicked off on August 31st and ends September 13th.

The North Carolina State Highway Patrol is also participating in the “On the Road, On the Water, Don’t Drink and Drive” campaign for the Labor Day holiday. The annual campaign is all about reducing alcohol-related accidents on the state’s roadways and waterways, both of which see increased traffic during summer months.

The campaign is coordinated by the N.C. Wildlife Resources Commission and the State Highway Patrol, and supported by local police and sheriff’s offices, along with participating non-governmental organizations such as Mothers Against Drunk Driving.

The “On the Road, On the Water, Don’t Drink and Drive” campaign runs September 5th to September 7th. It will target hazardous moving violations, such as impaired driving, speeding, distracted driving and unrestrained driver.

In North Carolina, a driver or vessel operator with a blood-alcohol concentration that meets or exceeds .08, or is substantially impaired by alcohol or drugs, is subject to arrest. When it comes to motor vehicle collisions or motor vehicle deaths, statistics show, at least one or all are the contributing factor upon completion of the investigation. State and local law enforcement agencies are urging the motoring public to obey all traffic laws in efforts to help save lives.