VERIFY: Those bright lights in the sky were Jupiter and Venus

A viewer saw two bright lights in the sky last Sunday, November 24. Turns out, they were planets. 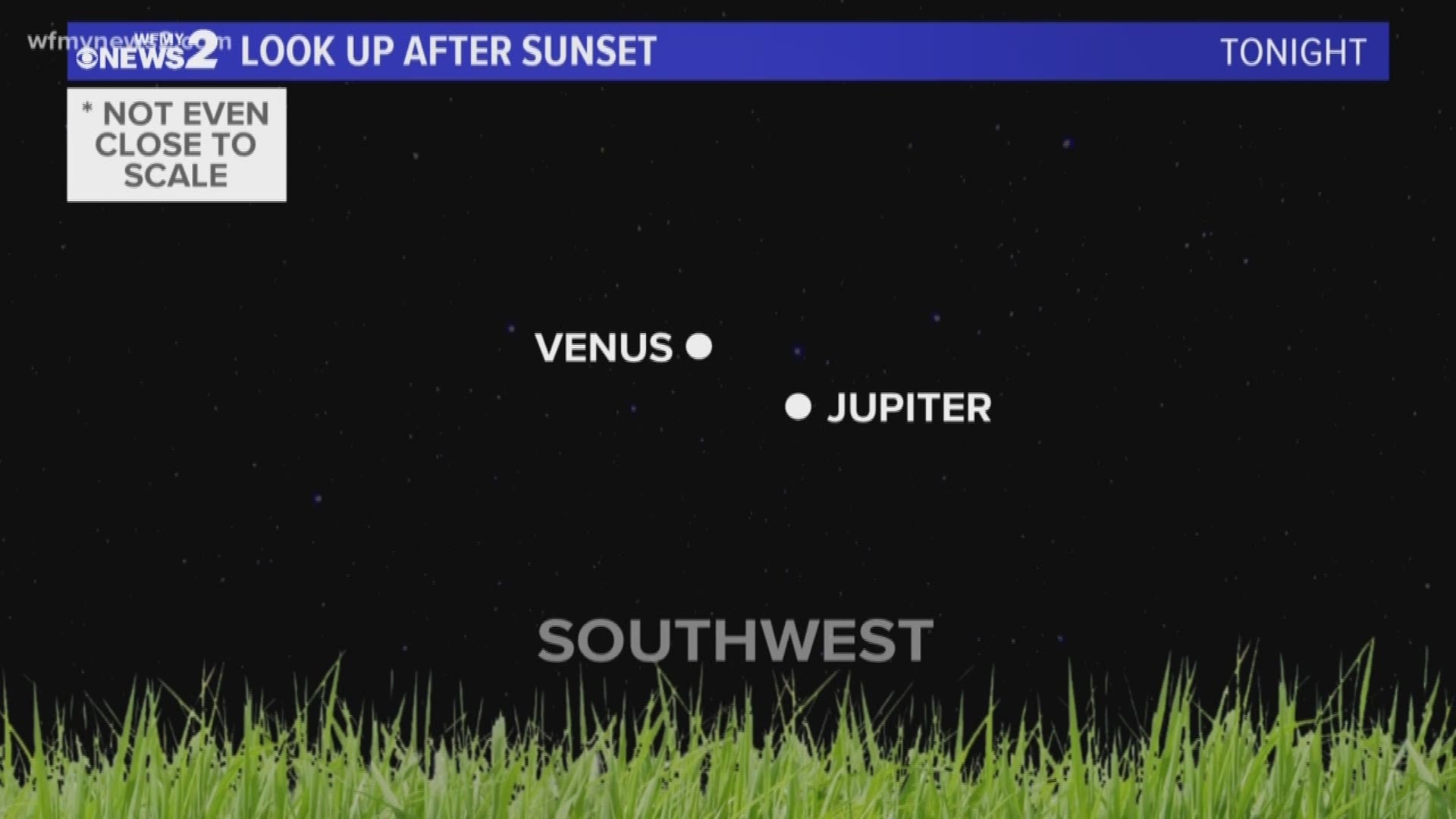 GREENSBORO, N.C. — It sounds like a scene from a science fiction movie -- two bright lights, hovering in the otherwise-quiet sky.

Sunday night, November 24, Mandy Sizemore from Madison asked, "What are the two very bright lights in the sky?"

Kirksey explained Sizemore saw not a bird, nor a plane nor an alien...but two planets! She was looking at Jupiter and Venus in the southwest sky. Venus was the brighter object, as it is closer to Earth in the solar system.

"Planets regularly appear close to each other in the sky. When it happens, it's called a conjunction," Kirksey said.

How can we know, for sure, if the lights in the sky aren't just stars or the International Space Station (ISS)?

"The ISS and airplanes appear to move quickly in the sky. Since they're so close,  you can see their fast movement. Stars and planets (and other far-away heavenly bodies) appear to stay still in the sky, even though they're moving fast, too."

The two bright lights in the sky this week are Jupiter and Venus.

Do you have a VERIFY inquiry? Submit a screenshot, selfie video or post of the topic in question to Meghann Mollerus via:

RELATED: VERIFY: This Is Not A Funnel Cloud But Likely An Arcus Cloud