After 20 years as the labor commissioner, Cherie Berry is changing her title to 'Mamaw.' 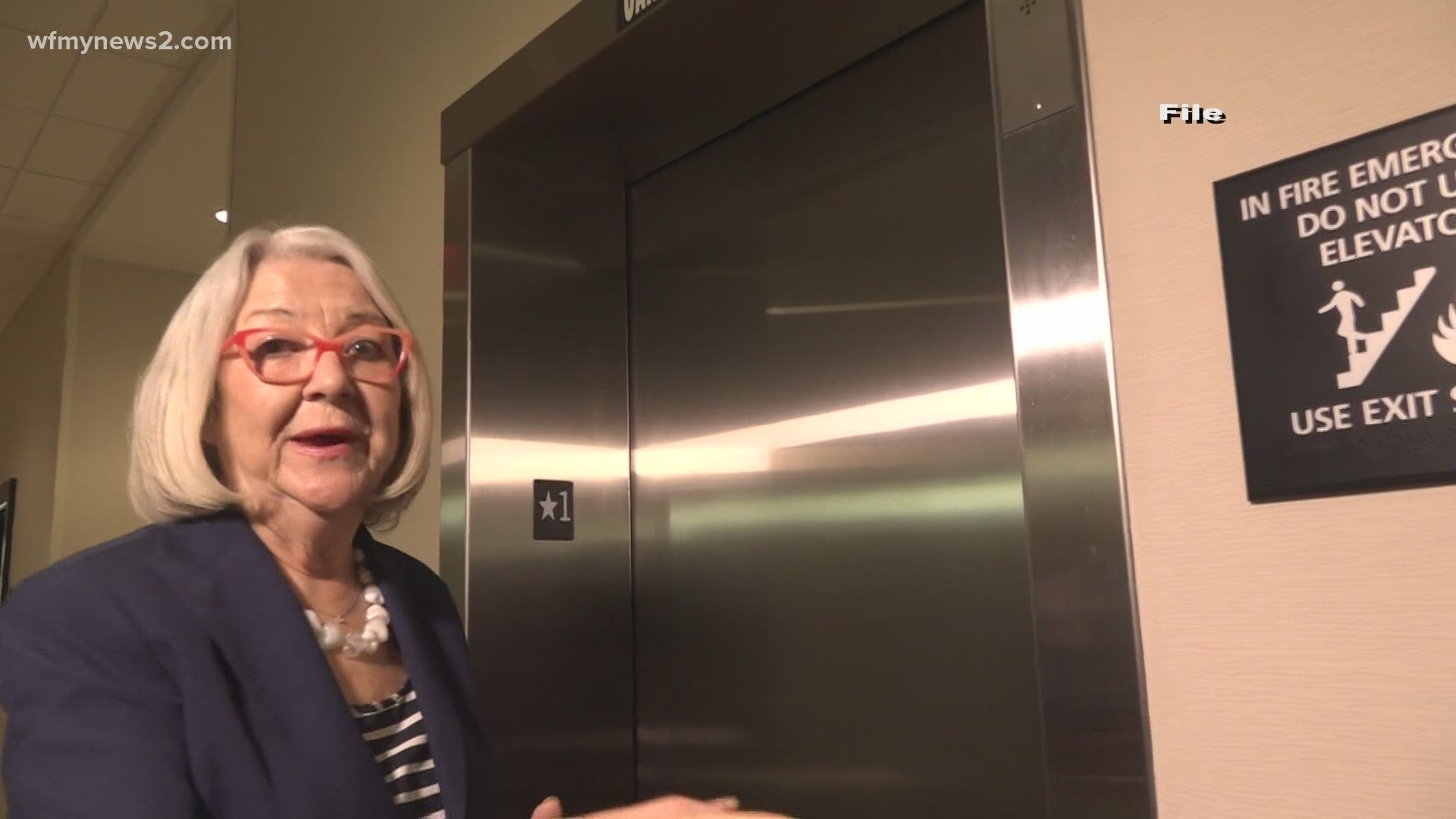 RALEIGH, N.C. — A song in her honor, beer, parody Twitter account and Halloween Costumes are just a few of the tributes to North Carolina Department of Labor Commissioner Cherie Berry.

After 20 years as the commissioner, Berry will pass on her crown to Josh Dobson at the end of the year.

"It's been a wonderful experience," Berry said.

As our state's first female labor commissioner, she has certainly left her stamp and her photo in all 28,000 elevators.

Watch: We interviewed Cherie Berry in an elevator!

Her communications director came up with the idea to put her photo in elevators and it would forever change her career. Since then it's been a wild ride, with state-wide recognition.

"I didn't even know that TikTok existed or what it was," Berry said.

However, she embraced the fun in this final stage of her career and has a message for anyone who hops on an elevator after her reign.

"Even if I'm no longer there with you, I'll be with you in spirit and they can keep you safe so enjoy the ride," Berry said.