You ask; we VERIFY. The prevalence of chicken pox is very rare, ever since the vaccine came out, and public schools started requiring it for rising kindergartners. 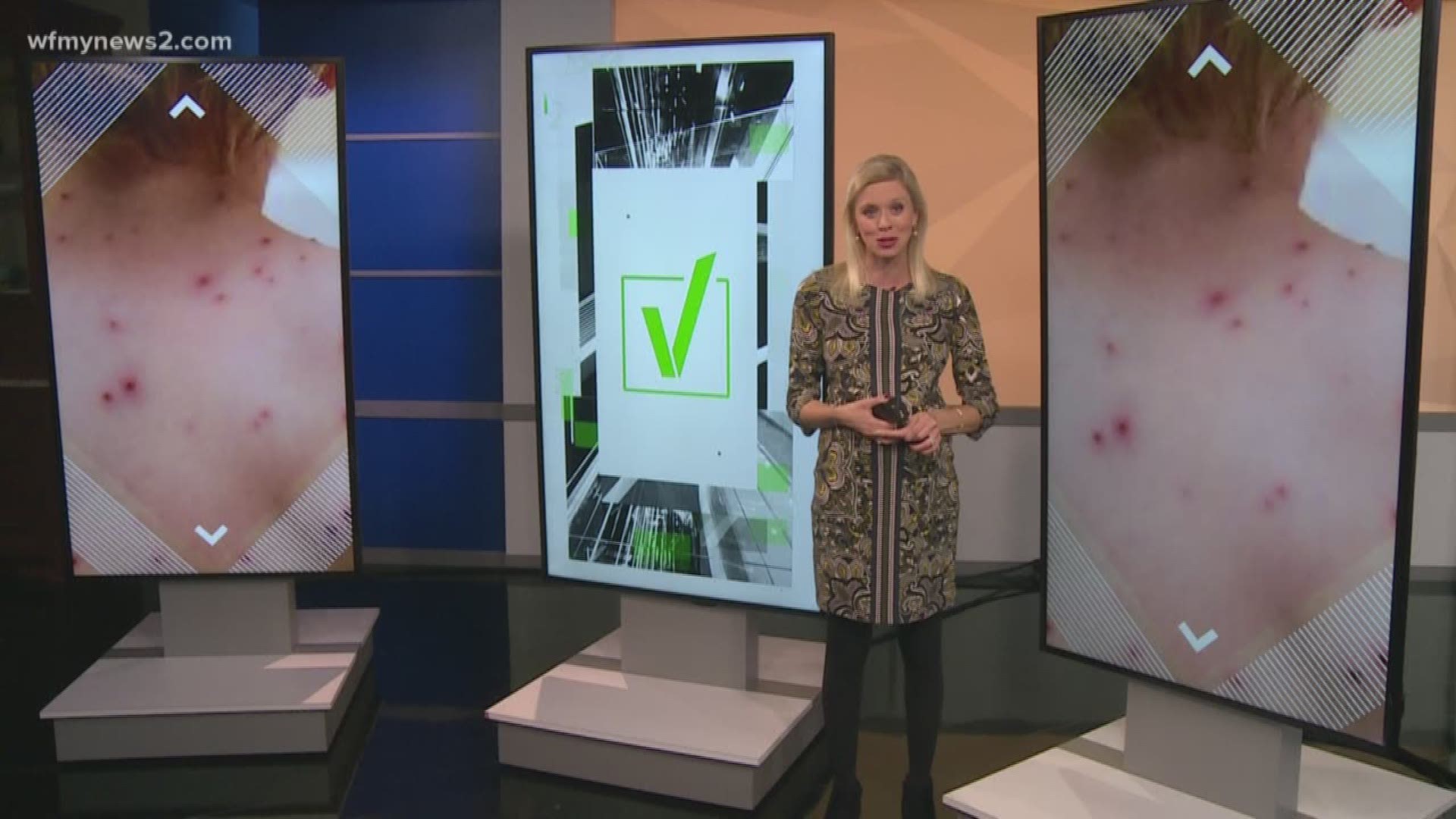 GREENSBORO, N.C. — We are scratching the surface of yet another chicken pox inquiry -- a follow-up to last week's VERIFY.

Last week, we verified a post claiming Head and Shoulders Clean and Classic Shampoo can soothe chicken pox. A Cone Health physician, Dr. Zoe Stallings, explained zinc is an active ingredient in the shampoo, and zinc can heal wounds. Research has not proven the shampoo is an effective treatment for chicken pox, but Stallings said it makes sense, and she sees no harm in trying it.

After that story aired, viewer Alex Pawson Smith had a follow-up. She asked, "But how prevalent is chicken pox? The chicken pox vaccine is a requirement to attend public schools. People need to stop refusing vaccines, and doctors need to refuse patients who won't vaccinate."

As far as the prevalence of chicken pox, it used to be very common. The CDC says in the early 1990s, four million people contracted varicella every year, and 100 to 150 people died from it every year. The highest rate of disease was in pre-school children. Then in 1995, the vaccine came out.

How long does the vaccine last? Studies suggest at least 10 to 20 years, and most vaccinated children who developed chicken pox eight years after being vaccinated had only mild cases of the disease.

Chicken pox is very rare among adults and children who have received the vaccine, especially two does of it. The vaccine is a requirement in North Carolina public schools.