'It was like a mini explosion!' Greensboro man describes how he survived a heart attack 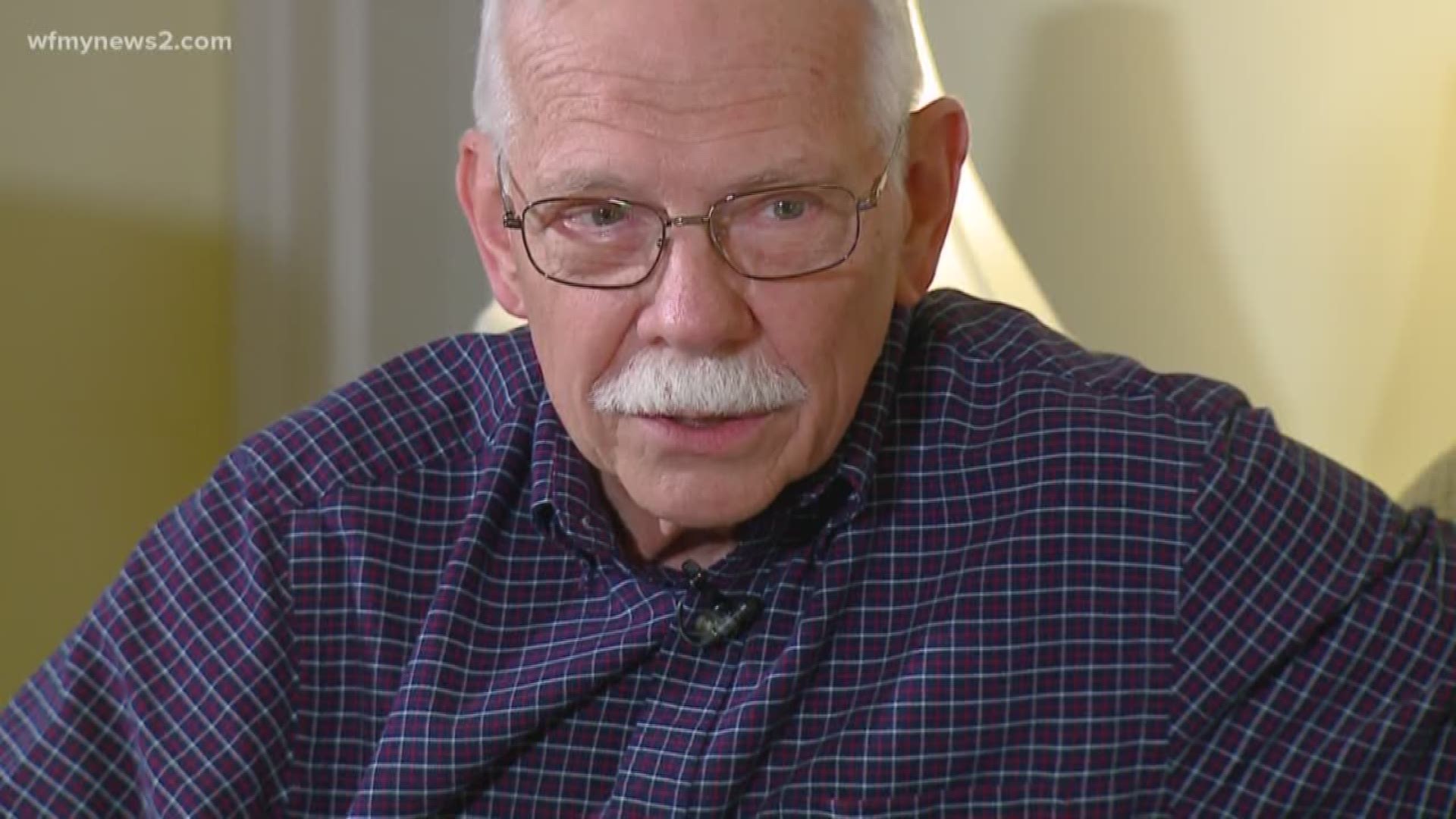 GREENSBORO, N.C. — In the next 10 minutes, 15 people will die from a heart attack in the United States.  It happens every 40 seconds in our country.

A Greensboro man lives to tell his story, thanks to his quick-thinking wife and a revolutionary procedure at Moses Cone Hospital.

In this week's 2 Your Well-being segment, WFMY News 2's Tracey McCain talked with Bill Frisch about the moment he knew he was having a heart attack and how he survived.

It was an everyday chore for Bill; stacking firewood into a woodpile in his backyard.

"I called out of the window to him and said, 'That’s a lot of wood in that wheelbarrow, you know, that looks heavy.'  And he said, “I’m having fun,'" recalled Bill's wife Jane Frisch.

"I was running, my heart was pounding away, working hard and all of a sudden; it sort of hit me inside.  It was a strange explosion, almost like a mini explosion," said Bill.

Bill was having a massive heart attack.  His lateral anterior descending coronary artery was completely blocked.

EMS rushed him to Cone Hospital and gave him an electrocardiogram on the way; communicating with the cardiologist on call and saving valuable time.

"We have really fine-tuned the system to really expedite what we call door to bloom time," said Dr. Thomas Kelly.

"We can look at the EKG and we can make a decision.  Is the patient questionable?  Do we need to see him in the emergency room?  And if a heart attack is so apparent, can we bypass that to save time because time is muscle? The longer that muscle doesn’t get blood, the greater the likelihood for irreversible damage."

"I was able to place a stent in his coronary artery and there was another area of plaque beyond it that I stented," said Dr. Kelly about the procedure.

The procedure cleared Bill's blocked artery and his life was saved within minutes.

"From the time he arrived to the Cath Lab to the time we were able to get a wire down his blood vessel it was only 19 minutes," said Dr. Kelly.

"The fact that I lived is amazing!" said Bill.

Even more surprising, Bill had no history and no symptoms of heart problems.

"What it goes to show is a lot of people can have heart attacks without previously experiencing chest pain," said Dr. Kelly.

If you're having a heart attack, Dr. Kelly says you'll feel a severe crushing tightness and pressure to your chest.  He says it might be difficult to breath and you might start sweating and feel pain all the way down your left arm, sometimes up to your jaw.

Bill was able to leave the hospital two days after his heart attack with a perfectly normal heart, thanks to the quick action of EMS and his medical staff.

RELATED: Increase your chances of surviving a heart attack

"Two years later, Bill is very active, does all the activity he wants and sings in the Winston-Salem orchestra," said Dr. Kelly.

With his heart attack behind him, Bill plans to sing with his wife Jane for 50 more years.  And he croons with this important piece of advice.

"Don’t hesitate to go and get it checked out.  I think that’s exactly what the message is," said Bill.

Ideally, you want to get treated within one to two hours of a heart attack to have minimal damage and in Bill's case it was under 20 minutes.

With the ability at Cone Health to bypass the emergency room and get patients back to a cardiologist for surgery faster, doctors are able to save more time, which in turn means saving more lives.

You can learn more about heart attacks and ways to stay heart healthy online by clicking here. 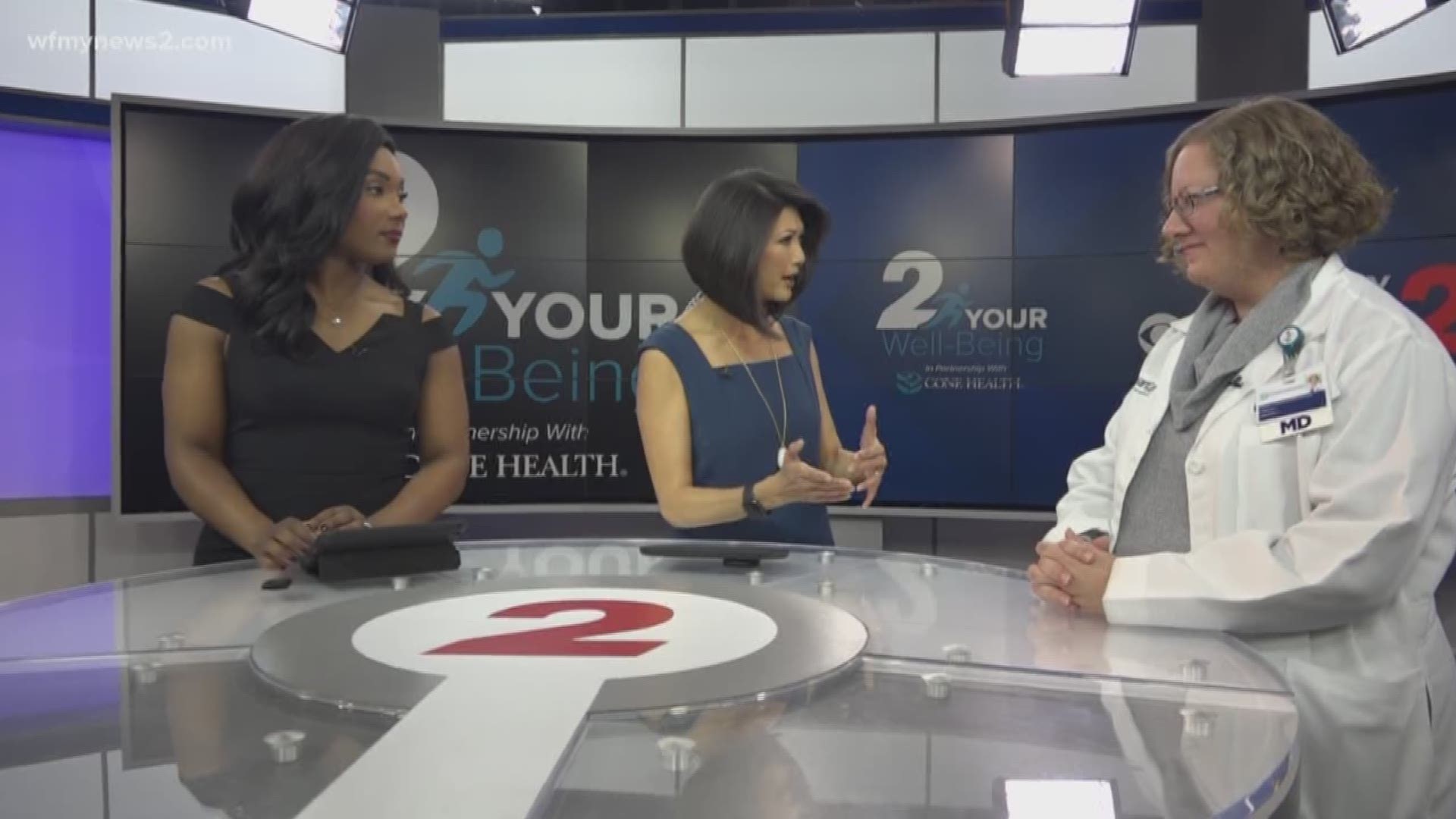