A Triad neighborhood's 25th annual Fourth of July parade was on hold last year due to the pandemic, but it's back this year and even bigger. 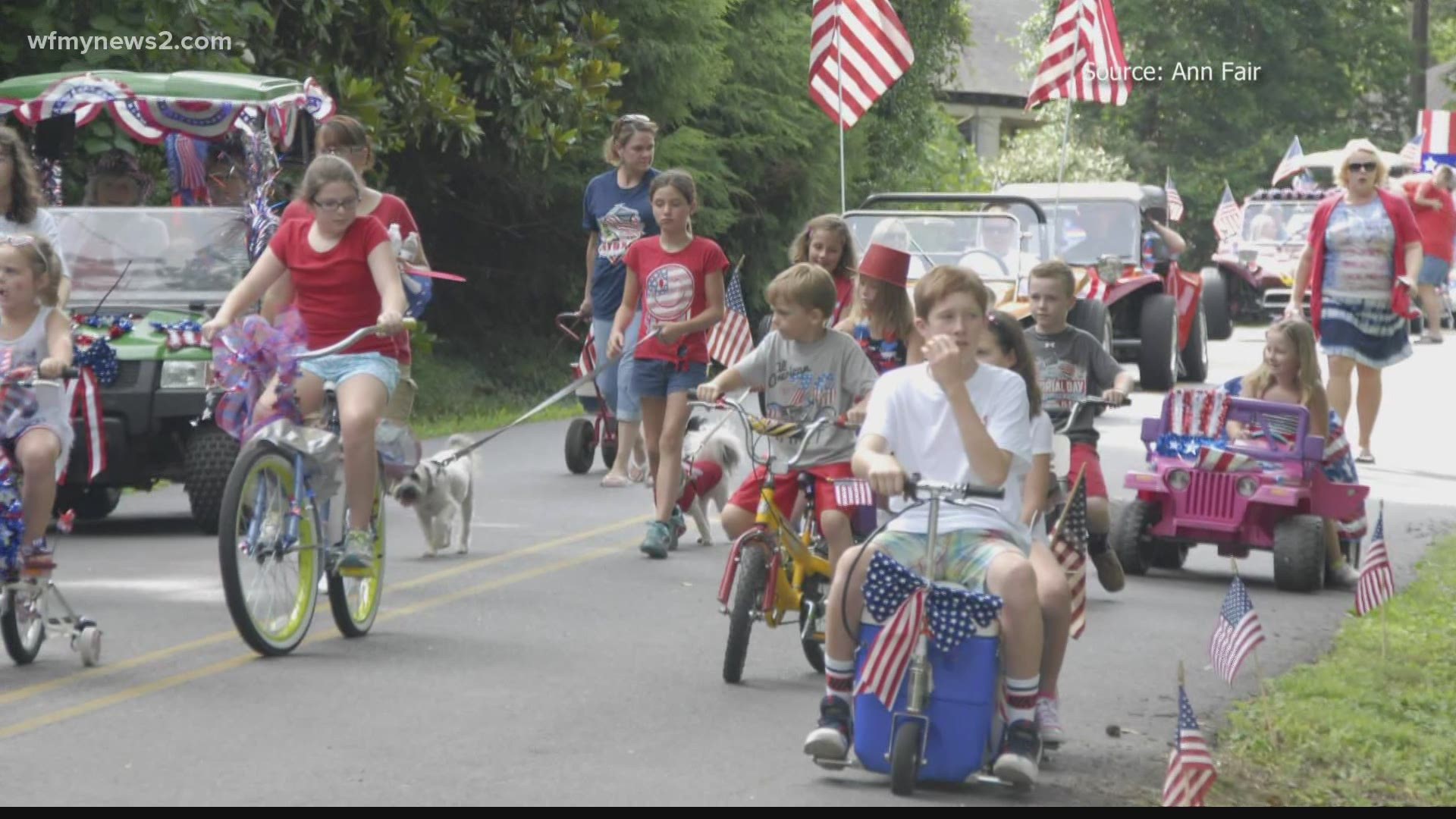 GREENSBORO, N.C. — A Triad neighborhood's annual Fourth of July parade was on hold last year due to the pandemic, but this year, it's back on!

Alice Fair started the July Fourth Fun Parade in her Leaksville-Spray neighborhood when she was 5-years-old.

"It started with me and some neighborhood friends just playing like kids do, pretending to have a parade in the driveway.  We had our little wagons, and tricycles, decorating them for the Fourth of July," remembered Fair.  "My mom kind of had this idea and she was like this is great, the kids are having such a great time and came up with the idea.  I was a little kid, so I'm like, yeah that's so awesome!"

In the beginning, 50 people mostly family and friends gathered in their driveway to celebrate the holiday.  Twenty-five years later, it's larger than Fair could have imagined.

"It turns out that everyone loved it.  So my mom started making flyers for it and we would give out prizes for the best costume, most creative float, best-decorated tractor and from there it's grown to thousands of people," said Fair.

RELATED: Fourth of July fireworks are back! Here’s your list of Triad events!

There are no big floats or marching bands at this parade.  But you'll see plenty of kids on cute tricycles, decorated bikes, and decked-out golf carts.  Everyone comes dressed up in their red, white, and blue; riding wagons, scooters or whatever rolls down the street.  Fair says the parade is always a good time and it was missed last year.

"With the pandemic and everything else crazy happening in the world, it's good for us all to come together to celebrate and have fun without a care in the world," said Fair.

RELATED: After more than a year, the Fun Fourth Festival returns!

Participants should meet in the parking lot of the Fair Funeral home at 9 a.m. Everyone is welcome to join in or watch as the parade goes through the Boone Road neighborhood in Eden.