'I had to keep fighting to stay healthy!' McMichael High School graduate excels in academics and athletics; earns full-ride to UNC Chapel Hill

Gabe Caple excelled in both academics and sports at McMichael High School, but his battle with Crohn’s disease inspired his future career in medicine 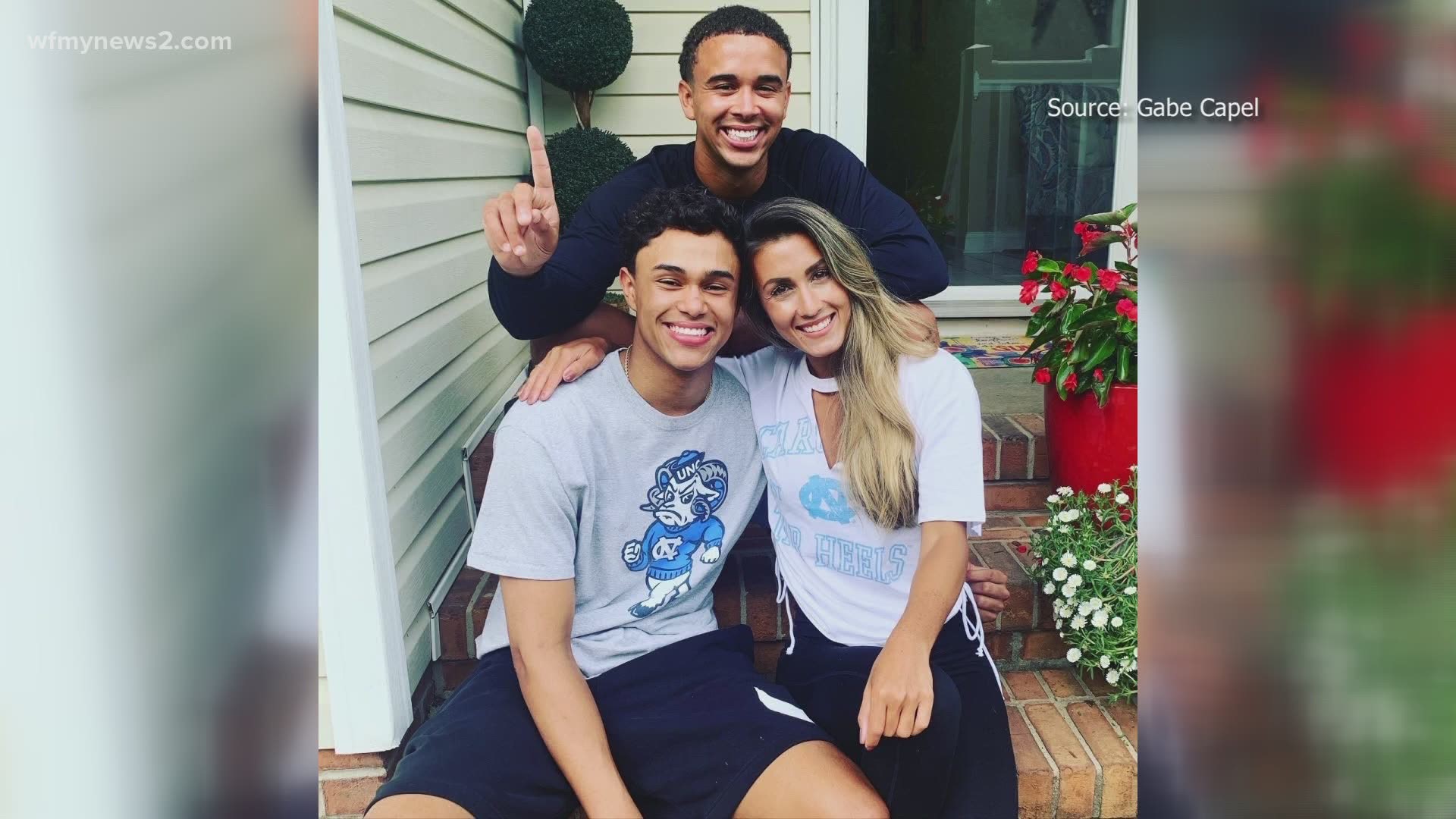 MAYODAN, N.C. — A Triad scholar-athlete is beating incredible odds, battling an autoimmune disorder, while earning a perfect GPA and excelling in sports.

This week's News 2 Senior Spotlight takes you to Rockingham County, where 19-year-old Gabe Caple is setting records in both academics and athletics. His success doesn't come without struggles and a big fight with his health.

"When I was first diagnosed with Crohn's disease, it was a trial and error thing," Caple said. "I'm kind of hardheaded at times so I would just eat stuff that I'm not supposed to and then I would pay for it later on."

Crohn's is an autoimmune disease, which is an inflammatory bowel disease and causes inflammation to the digestive tract, which can lead to abdominal pain, fatigue, and weight loss among other painful side effects.

One particular flare-up with his Crohn's disease put him in the hospital for days.

"Small foods, like peas and popcorn seeds, when they get stuck into the lining of the intestines it causes it to flare up. One time, I lost like 15 pounds in a week. I could not eat, I was in the bed for like 18 hours of the day," said Caple.

RELATED: Guidance for masks in schools varies widely across US states

His experience in that fight taught him about the sacrifices it would take to get his illness under control and succeed in the classroom and in sports.

Caple will receive the Gildan Award in a few days, which honors excellence in both sports and academics. He finished out his basketball career at McMichael High School in Mayodan scoring the second-highest total points in school history.

"Times where I had to study instead of going out and hanging out with my friends or the many times when I spent my whole summer playing basketball as opposed to going to the beach and going places, I just always said that sooner or later you will see the rewards and you'll thank God that you actually did it," he said.

Credit: Gabe Caple
Pictured with his family, Gabe Caple worked through life's obstacles to earn high honors in academics and athletics plus a full scholarship to UNC Chapel Hill

Caple is seeing those rewards pay off now.  He graduated from McMichael in June, second in his class with straight A's.

"I've never made a B all the way back to third grade," Caple said.

He's heading to UNC Chapel Hill on a full scholarship and he has a lot of big plans at Carolina.

"My brother told me that college is the best four years of your life, so I'm going to live it up, plus I'm going to be doing my book work," he laughed.

Caple said he mostly looks forward to his future in medicine, inspired by his own illness and his mother's battle too.

"In the fifth grade, my mom was diagnosed with breast cancer so at a young age I was always going to the doctor and to her appointments with her and so I was just questioning the doctors and nurses," Caple recalled. "I started talking to her anesthesiologist and so just hearing what they had to say about the whole field, in general, made me interested in it."

RELATED: Petition for Guilford County high school students to return to the classroom

Caple is going to Carolina on the Morrison Scholarship which is directed toward students on the nursing track.

"The main goal is to be an anesthesiologist, but that's a lot of schooling, so I think I'm just gonna hit right below that and be a CRNA and be a nursing anesthetist," he said.

Through his own illness, he's learned a valuable lesson: Never let life's trials tie you down because life is worth the fight.

"Knowing that I had an autoimmune disease, it just meant that I had to keep on fighting, keep staying healthy and I knew that I had to do more than the average person," Caple said.