DeKwan Lawless graduated 6th from the Middle College at NC A&T. He could have gone anywhere in the U.S. for college but his dreams are taking him to Paris, France 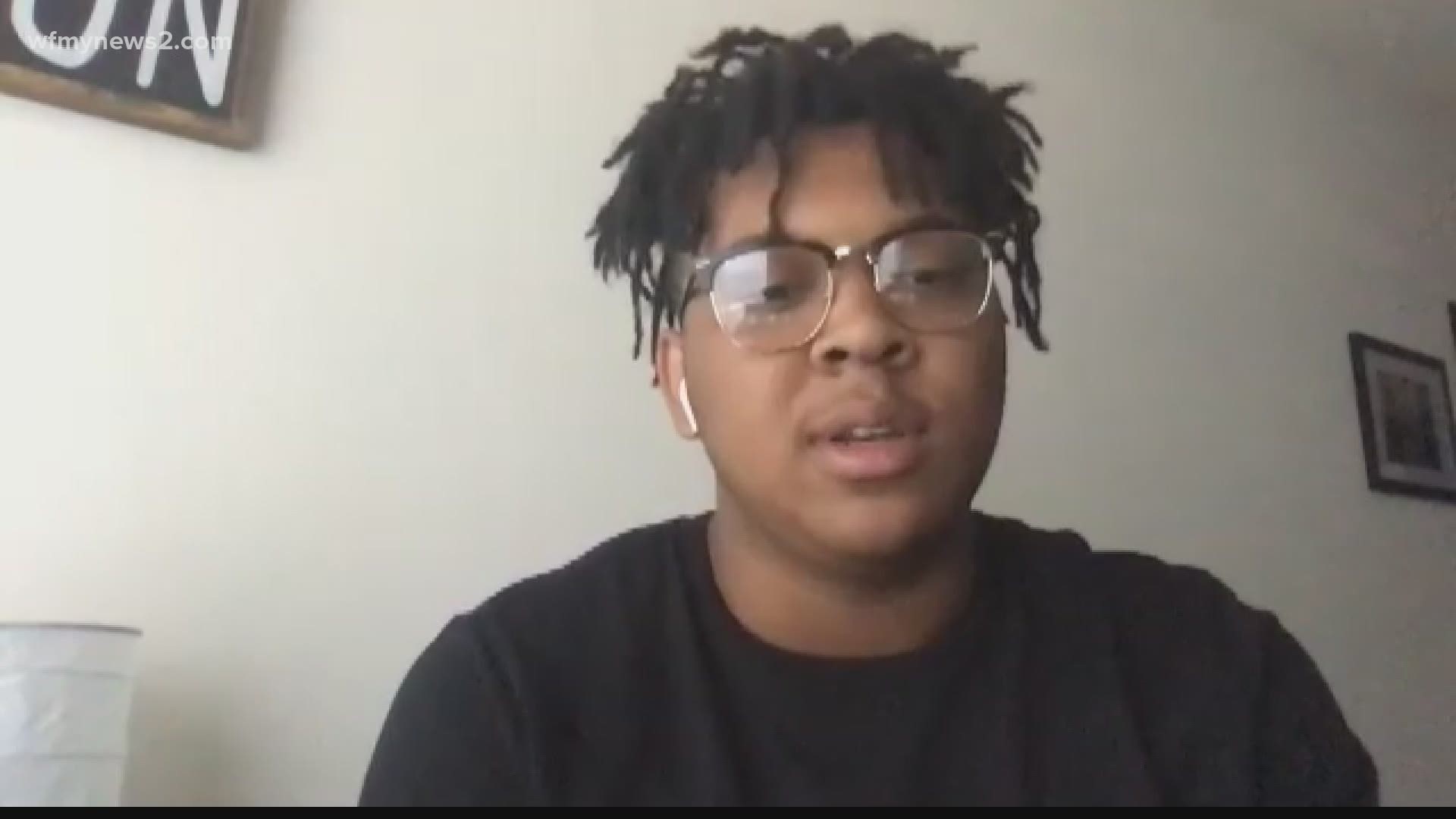 GREENSBORO, N.C. — Caps, gowns, and masks? Everyone required to social distance and stay 6 feet apart.  It's not how the Class of 2020 imagined it!  Commencement ceremonies were mostly contained to cars this year, but their dreams hold no boundaries.

The sky is the limit for Dekwan Lawless, who graduated 6th in his class at the Middle College at NC A&T with a 3.95 GPA.  The honors student could go to any college, anywhere in the United States, but when your dream school comes calling, you go, no matter where it's located.

"Parsons Paris is an art and fashion school and I feel like they had the biggest opportunity for me," said Lawless, who is on his way to France to study strategic design at one of the best fashion schools in the world.

Lawless said the business side of fashion holds multiple opportunities and he's ready to make the most out of his college experience.

Credit: WFMY
DeKwan Lawless graduated 6th in his class at the Middle College at NC A&T. He could have gone anywhere in the U.S. for college but his dreams are taking him to Paris, France.

"Parsons Paris has a lot of connections.  I've seen the internships that they have and the stuff that they do for their students so I'm really excited to get started," said Lawless.

As for leaving his family and friends behind in Greensboro, when he jets off to France this fall, he simply stated, "It's no big deal!"

"Everybody I run into, they ask me if I'm sure about it, like its some sort of big deal.  But it's not a big deal because I'm prepared for it.  I know I can do it, so really, it's not that big of a deal."

Lawless takes off for France in September, delayed about month due to COVID-19.  But he's not wasting any time, scoping out internships with some of the world's top designers.

Congratulations, and we wish him the best of luck!

The Good Morning Show's Tracey McCain would like to spotlight a different graduate every week. If you know one who is perfect for our senior spotlight, email Tracey at tmccain@wfmy.com.