As the pandemic paused the world, Hands For Hearts knew its mission to help children couldn’t stop. The group persevered on its quest to $1 million. 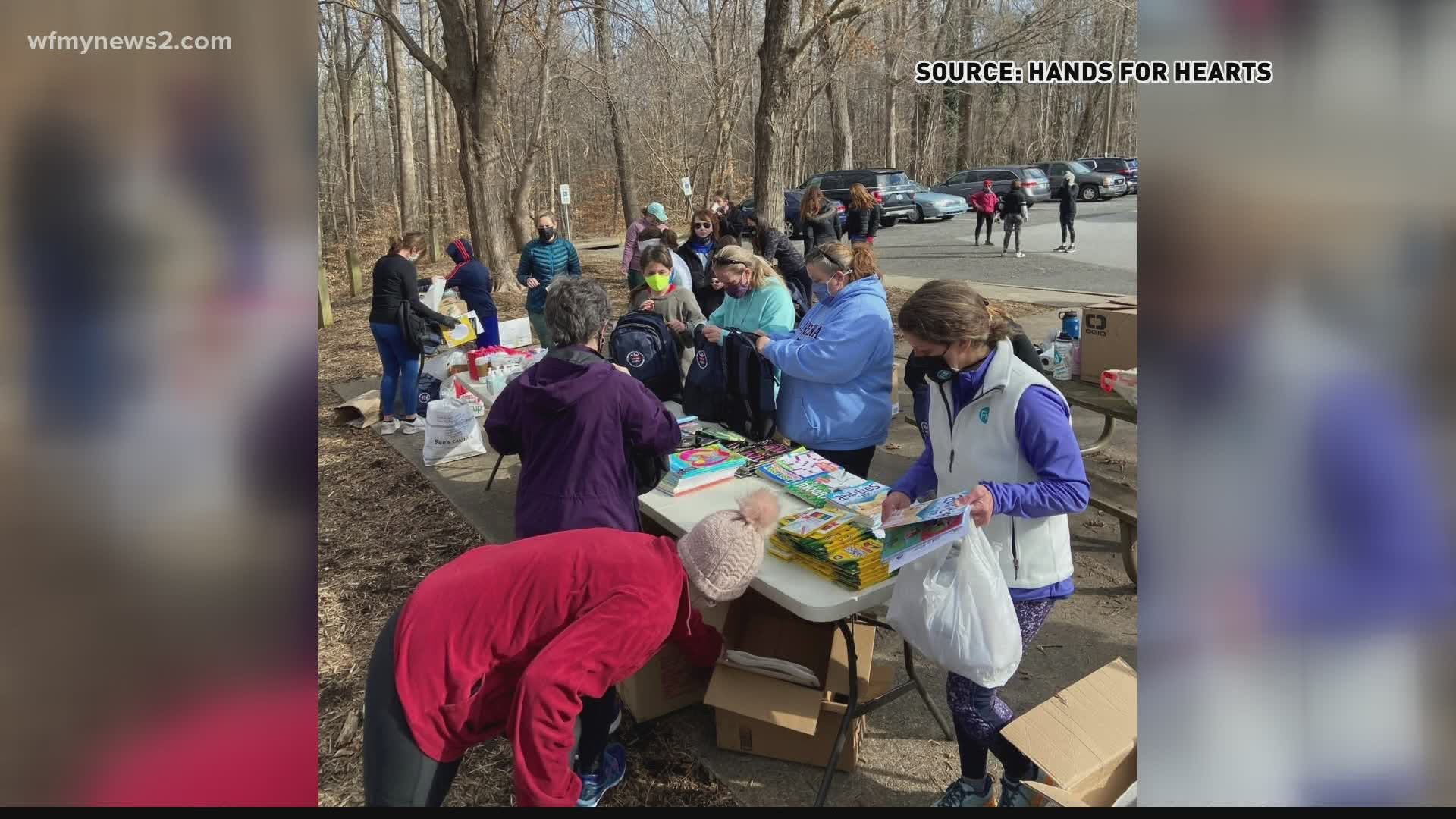 GREENSBORO, N.C. — A Triad non-profit is on a heartfelt mission to raise $1 million.

Yes, it sounds like a tall order, especially when a global pandemic has foiled fundraising events all across the country. But, when children's lives are in the balance, there is no option but to persevere.

"At the end of the day, there's still a need. Children are still going to have CHDs (congenital heart defects), and there are still doctors needed to work on them, and we have a commitment to Duke Children's (Hospital), where we fund their fourth-year (pediatric cardiology) fellow," said Cameron Wannamaker.

Wannamaker and her husband, Skotty, run Greensboro-based Hands for Hearts, an organization they co-founded with their pals in 2014 to honor their late friend, Matt Sullivan. In looking for a way to best celebrate Sullivan's legacy, they decided their non-profit's purpose would be to help children with CHDs, one of whom is Sullivan's nephew.

Seven years since its inception, Hands for Hearts has become North Carolina's leading non-profit organization in support of CHD research. Among its many accolades, the group has funded three grants and a Duke University fellow, sent children with special hearts to summer camps and delivered care packages to families in the pediatric ICU.

Credit: Hands for Hearts
During the pandemic, Females in Action (FIA) teamed up with Hands for Hearts to make care packages for families in the Duke University pediatric ICU.

The commitments are why, despite the pandemic, Hands for Hearts pushed on, launching its 'Quest to $1 Million' campaign. Cumulatively over the years, Hands for Hearts has raised more than $900,000 of the million-dollar milestone.

"The number's cool. But, I tell people all the time, we've already spent this money," said Skotty Wannamaker.

He explained, "The money isn't to put into an account and pat ourselves on the back. This money is already committed to training doctors who are in Duke fellowship, to providing backpacks for families staying in hospitals, to do a bunch of cool stuff. So, it's a cool number, but it's a needed number."

It is a number the organization already would have reached, had COVID-19 not forced the cancelation of the annual February heart gala. Hands for Hearts reports donations are down about $150,000 compared to an average year-to-date (2019), but it is bouncing back through creative fundraising -- like a recent virtual bourbon raffle. As of this week, the Wannamakers report Hands for Hearts has to raise approximately $46,000 more dollars to reach the million.

RELATED: Hands For Hearts: Casino Night For A CHD Cure