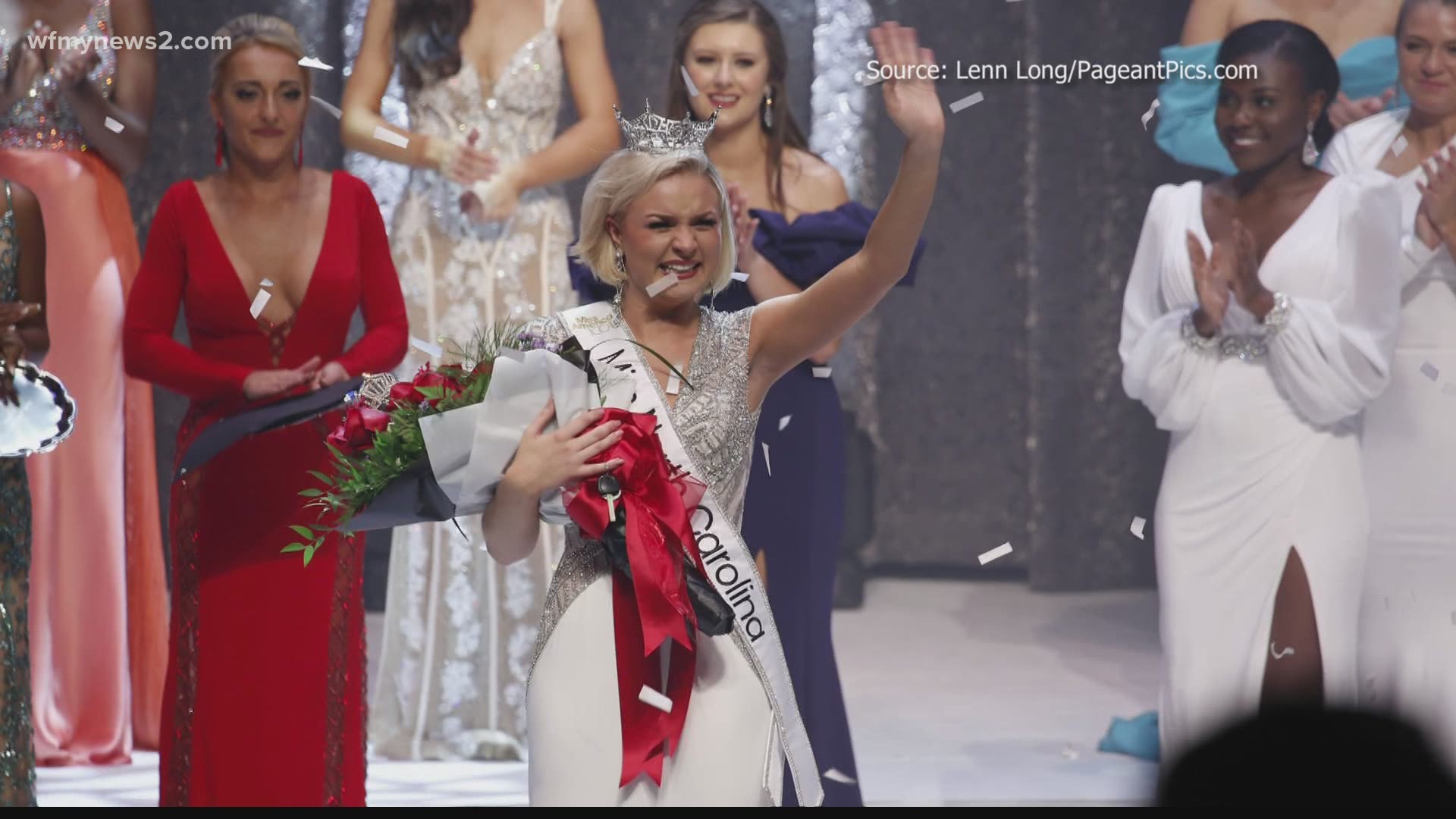 Batson is from Wilmington but her competition title was Miss Cleveland, which is a town in Johnston County. She described the experience of winning Miss North Carolina.

"Absolutely incredible!" she said.  "I was so shocked that I was called the winner and the amount of scholarship that was available to me.  I was able to walk away with $22,000 which will completely cover my undergraduate degree and set me up to get my master's degree which wasn't something that was financially a possibility for me before I found the Miss America organization and the Miss North Carolina organization," said Batson.

"I'm feeling very blessed and very humbled, but also really excited and ready to serve our state this year," she added.

RELATED: The new Miss North Carolina to be crowned in High Point this month

Organizers canceled the Miss North Carolina competition last year due to the coronavirus pandemic, forcing Batson and her fellow contestants to wait for more than a year for this opportunity.  Batson said she made the most of it.

"In this past year with these crazy changes, I think we have to look at the positive.  And the positive for me was that I got some extra time to prepare for this competition, and some extra time to set up some mock interviews with some extremely intelligent mentors and friends of mine.  I think it gave all of the contestants a leg up.  Of course, we were sad, that we couldn't have it last year. But I think in hindsight, you have to look at it in a positive way and take in what you've learned and what you can learn with the extra time given," said Batson.

At App State, Batson is also working on a minor degree in theatre with the hopes of one day working in the arts management field, handling the business side of performing arts.  She's turned that passion into service for her reign as Miss North Carolina.

"I'll be traveling across the state promoting my social impact initiative Carolina Cares, which supports the needs of performance arts in communities.  If you're familiar with Broadway Cares, it's kind of a step towards that initiative and within our state," explained Batson.

While traveling from the beach to the mountains with stops in between, Miss North Carolina will also begin preparing for her next title competition.  She talked about the honor of representing the state at the Miss America Competition in December.

"What's really special about this year is it's going to be the 100th anniversary of Miss America, so to be a part of something that historic means so much to me.  That's going to be in December at the Mohegan Sun Resort in Connecticut so I'll have to find my biggest winter coat and get prepared for that for sure," smiled Batson.