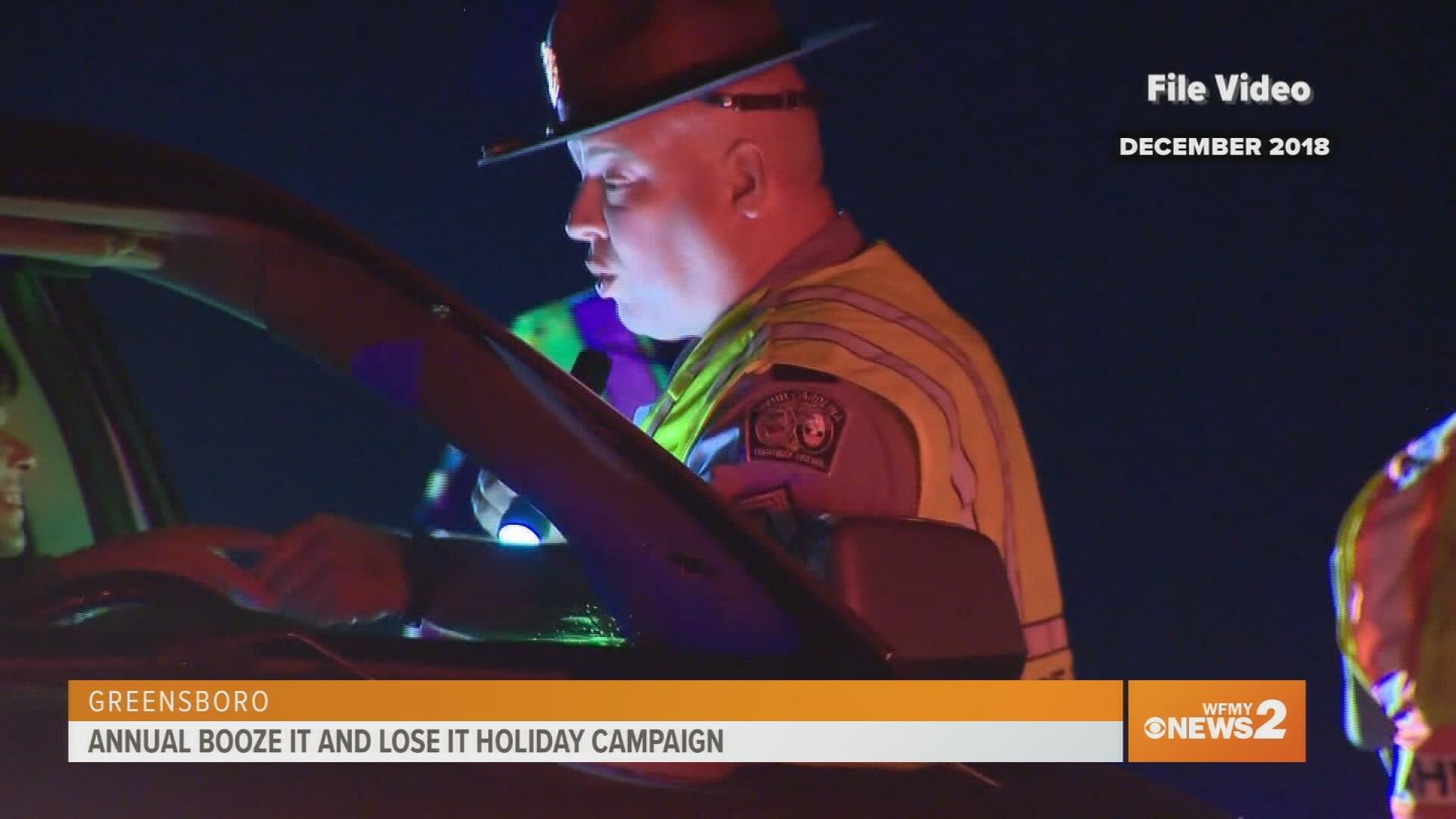 The campaign creates an increased awareness of the dangers and consequences of drinking and driving through education campaigns and extensive enforcement of impaired-driving laws. Each year, law enforcement agencies increase the number of patrols and set up checking stations.

“Our first duties as leaders, is to keep North Carolinians safe; whether it be from a pandemic, a hurricane, or dangers on the highway,” Governor Roy Cooper said. “Roadway crashes take an emotional and physical toll on families, friends, colleagues, communities and first responders, and it hurts our economy.”

Even with the success of Booze It and Lose It, more than 9,000 people have lost their lives in alcohol-related crashes in North Carolina since the program's introduction in 1994. According to Governor's Highway Safety Program Director Mark Ezell, North Carolina has loss 883 people as a result of impaired driving crashes in 2019.

“This year, we are in one public health crisis with COVID-19, Ezell said. “We don’t want to have an additional public health crisis, where more people are killed on our roadways. This year, even though traffic volumes have been down statewide, obviously due to COVID, the number of people involved due to crashes is actually up. We want to make sure that we address that. we are doing that through this holiday Booze It and Lose It campaign.”

If you plan to drink during the holiday season, do not drive. You might want to consider designating a sober driver, using public transportation, or calling a ride share service. If you know someone who is impaired, don’t let them get behind the wheel.

Motorists caught driving while impaired could face jail time, lose their driving privileges and pay an average of $10,000 in fines, towing fees and other expenses associated with a DWI.