Plan ahead: The $300 federal unemployment bonus is ending soon

The federal unemployment bonus ends in North Carolina this Labor Day weekend or earlier if lawmakers decide to end it early. 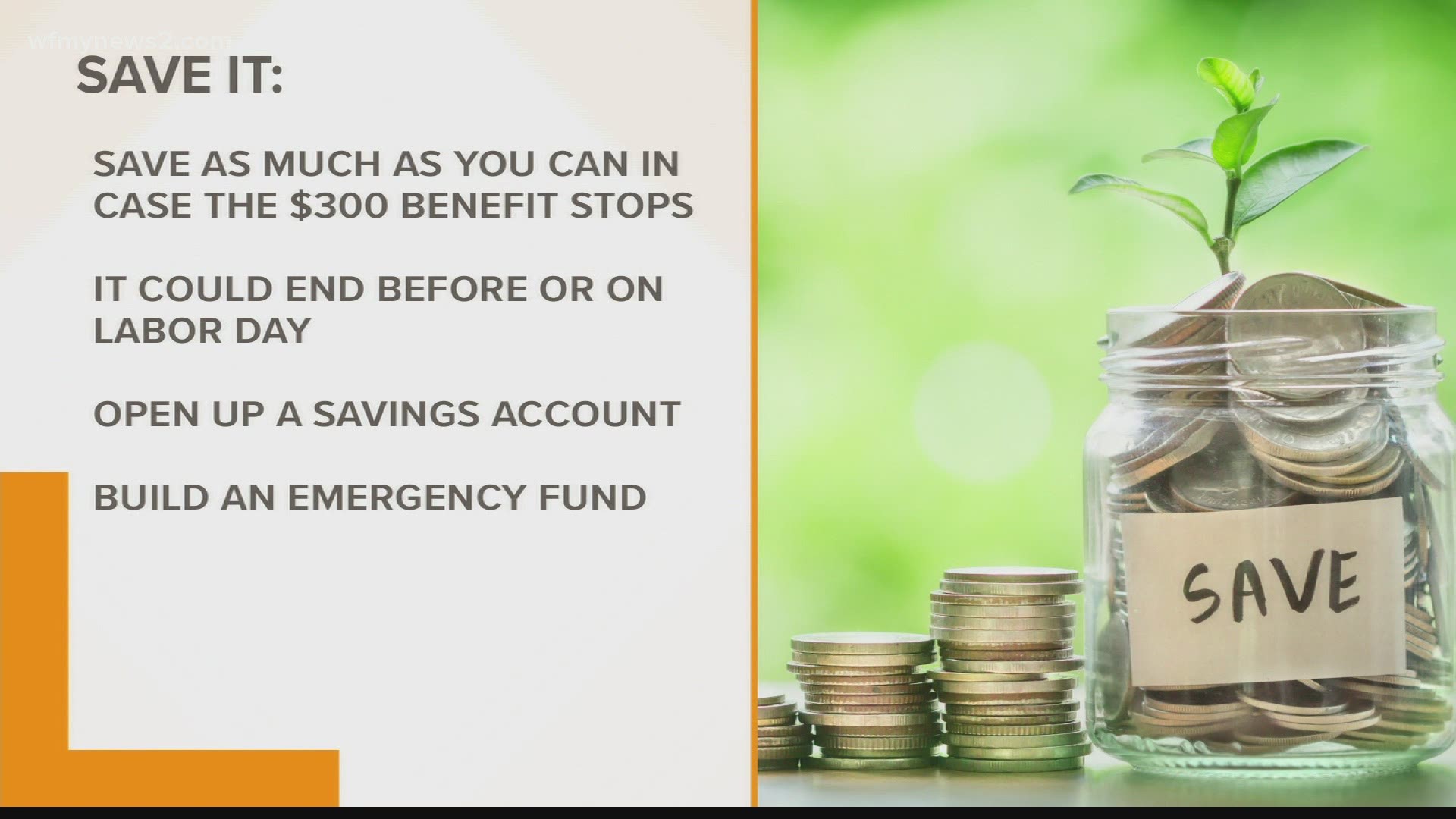 GREENSBORO, N.C. — Unemployed people in North Carolina will soon see a big drop in weekly unemployment benefits. The federal government has been adding $300 per week to unemployment checks since the American Rescue Plan passed in mid-March. The unemployment bonus has helped Americans pay bills and buy groceries as they search for work during the pandemic.  State lawmakers in a number of states say the added benefit is too costly and too generous for out-of-work individuals already receiving benefits.

In recent weeks, 25 states have announced they intend to end those supplemental benefits early. The North Carolina legislature is considering doing the same, but right now, the benefit here is set to end on September 6.

RELATED: 'Putting North Carolina Back to Work' Act strives to get rid of $300 federal unemployment supplement

Since the bonus is not a guarantee for much longer, money expert, Ja'Net Adams is sharing ways to help you plan ahead.

"For over a year now there has been extra money going to unemployment thanks to the federal government. First, it was an extra $600 a week and now it is $300 a week. The $300 was supposed to end on Labor Day, but twelve states have already ended the benefit with more to come on July 10th," said Adams who wrote the book, The Money Attractor.

Adams shared three things you should be doing with your money right now just in case the extra benefit goes away before Labor Day.

"If this extra money has been a lifeline for you then now is the time to save as much of it as you can just in case the benefit stops before Labor Day. Open up a savings account and start moving part of the money there. A separate savings account will make it a little harder for you to spend the money. Now is the time to start building up an emergency fund especially if you are finding it hard to land a job," said Adams.

"While the extra $300 is in place, you have financial breathing room to move up in pay. You move up by taking this time to apply for jobs that pay you a higher per hour rate or salary pay. You should spend most of your days during the week searching for jobs that not only pay you more money but also offer more benefits than your last job," said Adams.  "It is great to get paid more, but it is even better to have reliable health care and more vacation days."

RELATED: Almost half of states will stop extra federal unemployment $$$. Here's what NC Republicans want instead

"Just like the $600 a week is never coming back, this extra $300 a week may never come back. This means that if you know that without the $300 your money is tight then starting today you should start to cut back on expenses. Look at anything that takes money out of your pocket and see how you can save money on it. By doing this you will be in a much better financial position when the $300 a week stops." 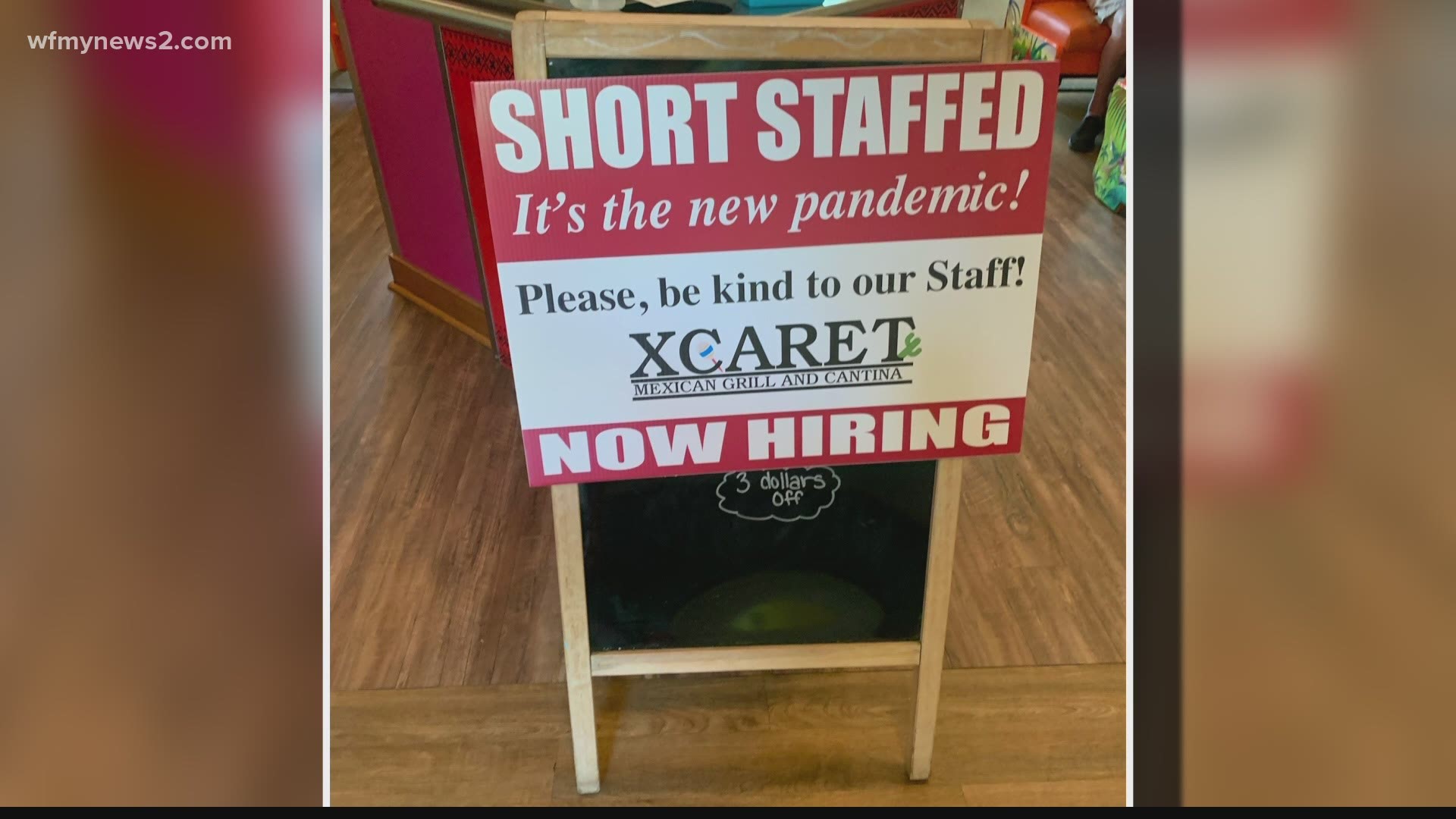 We know the benefit is ending at some point over the next few months, so if you have been depending on it to make ends meet, Adams says the time to act is now.

"We don't know when, but it is guaranteed that the money will be gone this year so make sure you are financially prepared to move forward," said Adams.