Body language expert Blanca Cobb said there were signs of hope for Prince Harry and Prince William to mend their relationship at Prince Philip's funeral. 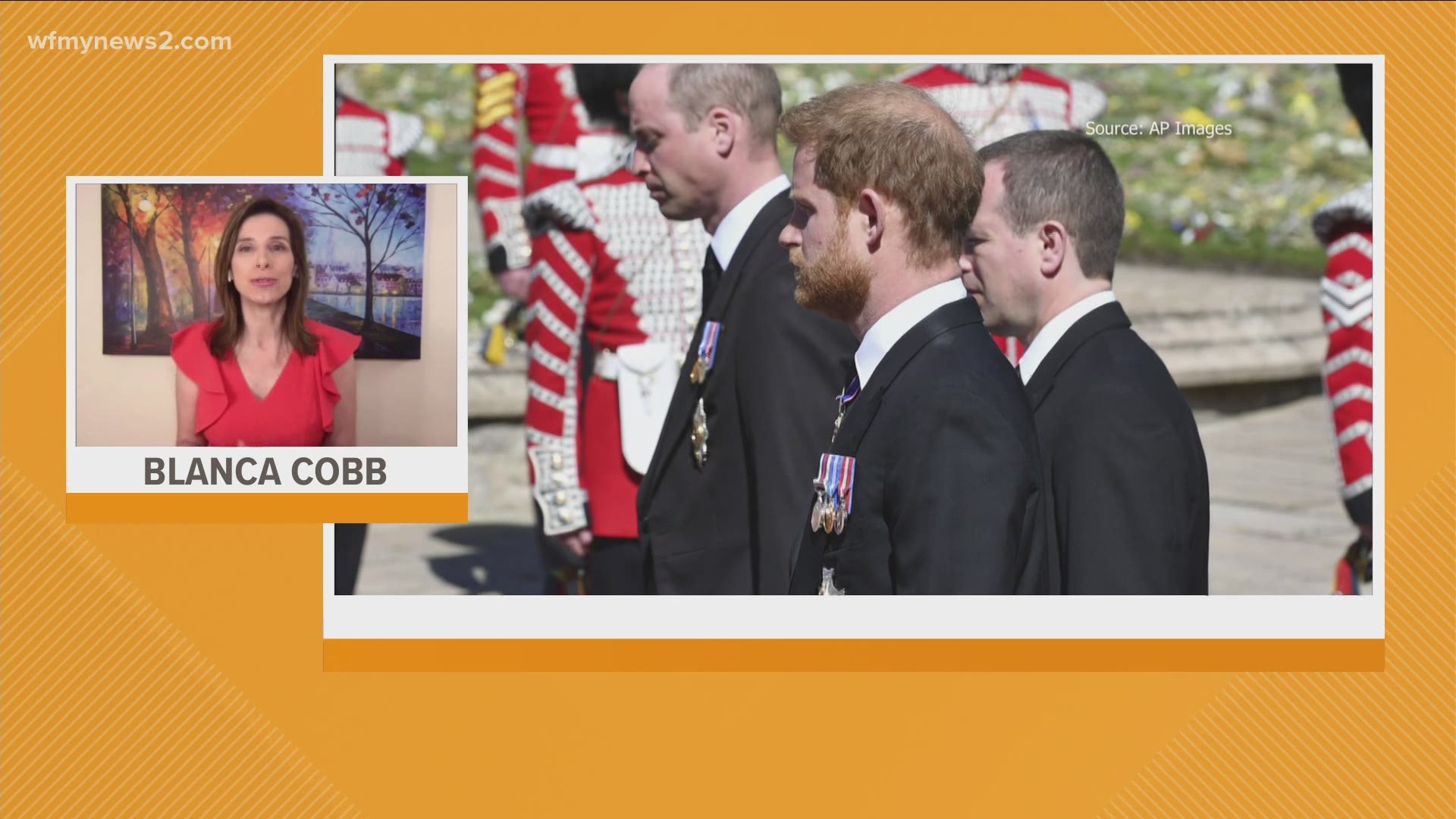 GREENSBORO, N.C. — The British Royal Family gathered together for their farewell to Prince Philip, beloved husband of Queen Elizabeth, for his funeral Saturday.

Not only were eyes watching the funeral service, but many also watched any interactions with Prince Harry and his family since his and his wife’s, Meghan Markle, jaw-dropping interview with Oprah.

Prince Harry, his brother Prince William, and sister-in-law Duchess Kate Middleton chatted for a few minutes after the funeral service.

A video of the trio has been trending on social media. We’re going to show it now for our viewers at home.

As far as body language, the brothers’ stride stood out to me. When Harry and William were walking side by side, both brothers lead on the same foot for a part of the walk. You’ll notice that Harry is the one who changes his stride to match his brother’s.

When you’re emotionally connected, then it’s a subconscious occurrence that your body language aligns. Prince Harry revealed in the Oprah interview that he and his brother’s relationship needed some “space.” Just because you have problems with your sibling doesn’t mean that you don’t love each other.

The brothers suffered the loss of their mother at a young age, and presumably, they relied on each other for support. Seeing a similar stride for part of the time lets me know that all hope isn’t lost.

The decision is theirs on whether to repair the relationship.

Although aligned strides could result out of habit or protocol, I’m not convinced because this was after the funeral service, when informality sets in.

Share your thoughts on my Facebook page: Blanca Cobb – Body Language Expert. Write a message on my timeline and I’ll get back to you. While you’re on my page, I’d appreciate it if you give my page a “like.”