'I fear what will happen if we don't fix it!' Community leaders talk about race and resolution following new calls for justice and equality

Critical conversations about race and police brutality are happening in the Triad as civic leaders look for solutions to unite the community. 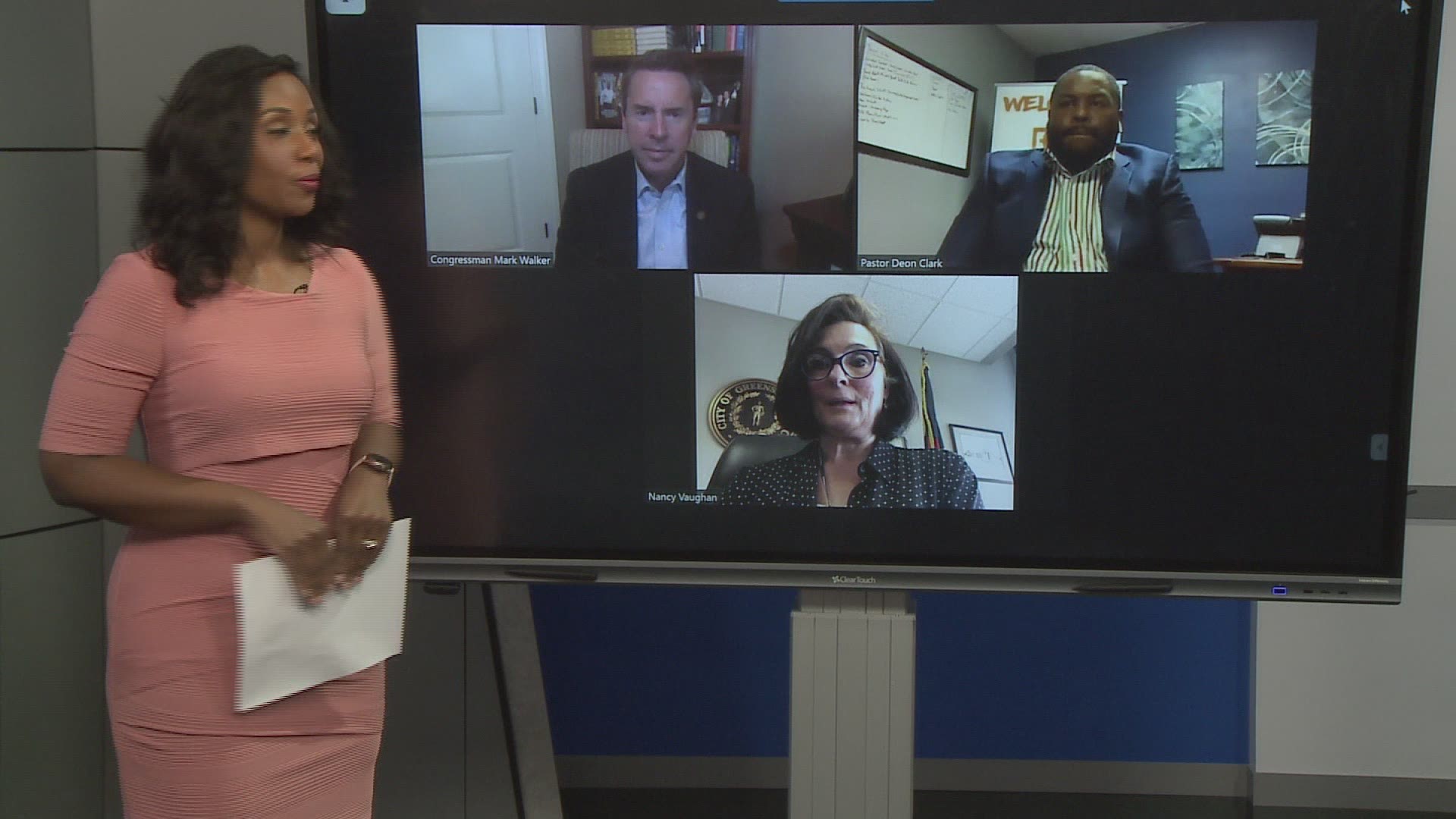 GREENSBORO, N.C. — Critical conversations about race and police brutality are happening in our communities and already the Greensboro Police Department announced some changes as the national call for reform grows louder.

The conversation began with an update on the lifted curfew and an answer about why protestors were allowed to enter stores along Wendover Avenue, gather on roadways, and on I-40 Sunday.  Mayor Vaughan said it was the police department's way of working with the protestors in the shared goal of having a peaceful protest.

"They went in peacefully and held an eight-minute plus moment of silence to recognize what happened to George Floyd.  They did not steal anything," said Vaughan.  "They went into Target and they went into Walmart and then they left without making a great disturbance. The police chose to shut down the highways because they knew that at one point they wanted to go up and pray on the highway.  We wanted to do something different where the police department worked with protestors in order to keep it peaceful," said Vaughan. 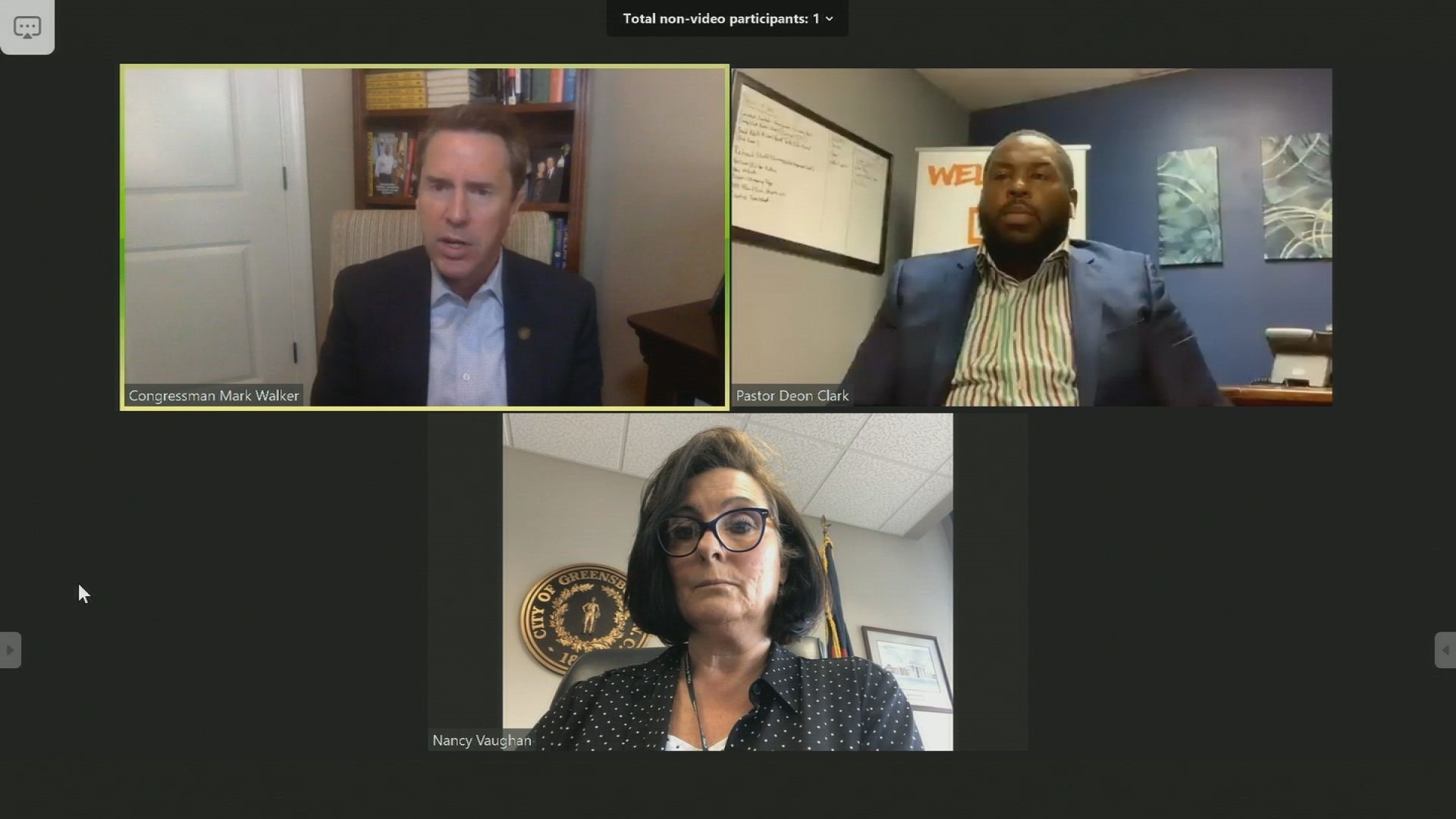 Congressman Mark Walker talked about the D.C. protests which drew 200,000 people to Lafayette Park near the White House.

"I think it's within people's constitutional right to get out and it always has been in America to get out and voice your opinion in a peaceful demonstration," said Rep. Walker (R-NC).  "There's no manual on this, as far as how you're moving forward and do so that keeps calm and keeps the peace.  We don't want any private businesses to suffer either loss of revenue or danger and they certainly have a voice, but you have to monitor these situations to get the best outcome and I think Greensboro has done a great job of that for the last eight or nine days," he added.

In the beginning days of the protest against police brutality following George Floyd's death, looting and violence took the focus off the message peaceful protesters were trying to send.  Pastor Clark talked about ways to get it back on track.

"We are acknowledging finally that there is a problem within the system and I think that's being told loud and clear, but still we have to keep having conversations and doing things like this.  Drop political affiliations, drop skin color, drop where you come from, and look at the heart of the issue," said Clark, who pastors Equation Church in Greensboro.

At the heart of the issue is police brutality, something Mayor Vaughan said is never acceptable.  "Our police chief has said he is not going to stand for officers who mistreat people in his department and what we can do as a council is certainly back him up on that," said Vaughan.

Officer training is also at the forefront of the discussion.  Mayor Vaughan said they have both sensitivity training and psychological assessments both in the police academy and throughout their career.

"They are given training on biases and racial equity training and how to deal with people having mental health and addiction issues.  Then the officers further into their career have follow-up courses on those issues," said Vaughan.  The mayor added she and Chief Brian James recently talked about how to extend the training and dedicate more time to it.  "I can't tell you exactly how many hours are spent on each course, but I know that we do exceed what the state requirements are.  But just exceeding requirements is not enough.  So it needs to be the quantity and not the quality."

The conversation turned to national calls to de-fund or disband police departments, which the panel said would not happen in Greensboro.

"There are a lot of people in the city of Greensboro who would push back against that.  We get an awful lot of calls from neighborhoods that would like to see more police.  They would like to see more traffic control, there are neighborhoods that don't feel safe.  So instead of talking about de-funding police, I think we need to talk about the style of police," said Vaughan.

Congressman Walker added that on the federal level, in addition to finding solutions on how to end police brutality, lawmakers are also looking at criminal justice reform. 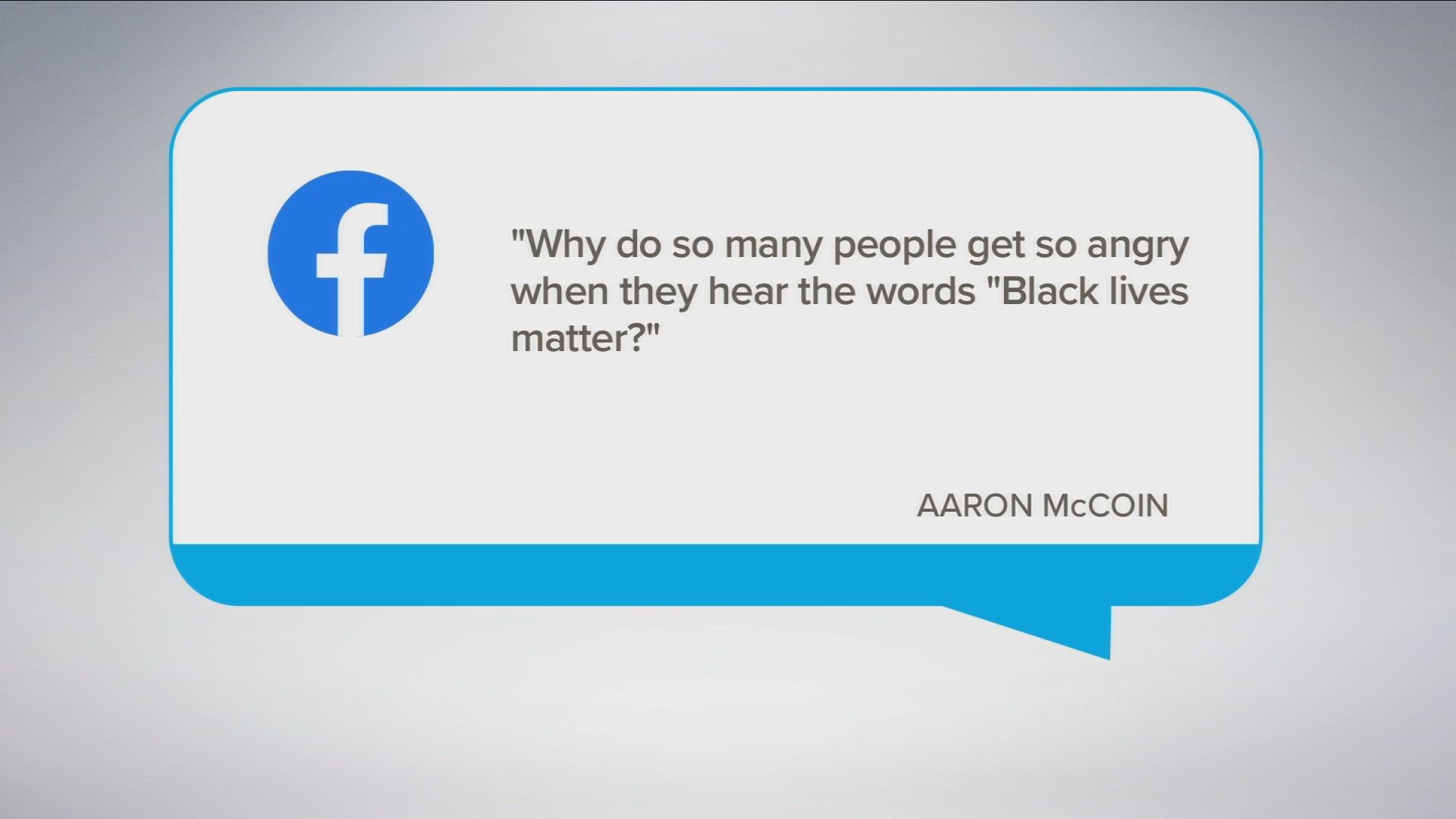 "If you have two 16-year-old boys and one is from the African American community and the other is from the White community and they're both arrested for the same charge, let's say a pot charge or a weed charge, what happens next is that when you track these numbers and we have, it's a whole different ball game," said Rep. Walker.  "There are many times in the justice system where parents can hire an attorney and it can cause a different path when the young African American maybe misses a court date or can't follow up because there's little accountability," he said.  "As much as we're talking about police reform and we should, we also need to look at the system as a whole for what it is.  How do we begin to roll it back enough to begin to really implement changes?"

Pastor Clark weighed in on this issue speaking as a Black man and a father of three who is explaining the protests to his children and their impact.

"That's been one of the hardest things for my household is explaining it to my twins who are 11 and my six-year-old as to why all of this is going on.  We are trying to educate them the best way we know how to," said Clark.  "It is police brutality but it's also systematic racism.  If my son got arrested versus someone from the Caucasian community who got arrested for the same charge sometimes we've found that the charges are more severe.  Even now we're seeing that the Black protestors who have gotten arrested have higher bonds that the White protestors. That's systematic.  Although the police have the brutality issues that we have to get past, and that's why we're at the table but as Congressmen walker just said what happens next?  What is our judicial system saying?  Who is sitting at these tables, who are we putting in these seats because they have the right to make the right decisions and right now the system is all broken and we need to fix it," said Clark.  "I have to educate them right now, that even their dad is now fearing what will happen if we don't change the criminal justice system."

RELATED:  How to be an ally in the Black Lives Matter movement

Two of the most talked-about topics right now online are the Black Lives Matter movement and George Floyd's criminal record.  A few viewers wrote in saying they are offended by the movement because they feel, all lives matter. Pastor Clark explained.

"When we say Black Lives Matter, it doesn't mean that everyone's lives don't matter," said Clark.  "It's what Black lives have had to endure.  It's the police brutality that we've had to overcome.  It's the being told no, when we have the qualifications of a yes, just because of our skin color.  It's all of these things that we have been non-privileged to get.  Because of our race, we don't have the same privilege as the Caucasian ethnicity.  We haven't seen multiple police brutality incidents where other ethnicities have gotten killed in cycles over and over and the police officers have gotten off, so we're trying to imply that we matter and we should matter and our skin color should not dictate how we matter," said Clark.

Congressman Walker added his thoughts on this topic.

"I look at it this way.  If you live in a neighborhood and you have one house on fire, and you're calling the fire department, in that particular moment, it's that house that matters.  All of the houses in the neighborhood matter, but the one that's on fire is the one we understand is on fire and in this case if we look at the systemic racism and we talk about some of these issues, Black Lives Matter in the sense that this is what is driving the entire conversation," said Rep. Walker.

"There's some violent criminal background in his past, but I don't care what you committed in the past, it takes away nothing that he was murdered in broad daylight," said Congressman Walker.  "To me, that has no factor in his brutal death.  When it comes to the larger conversation, we want to make sure that voices are being heard from all different areas," he said.  "It makes no sense to me that if somebody was killed in the street, what they were involved with a year, 10 years, or 2 minutes before, obviously police have every right to defend themselves, but when you have a knee on somebody's neck for 2 and a half minutes after they have gone unconscious, I don't see where his past comes into play whatsoever," said Walker.

Community discussions are continuing in the city and across the Triad.  The Greensboro Criminal Justice Advisory Commission (GCJAC) has scheduled a virtual town hall meeting to have a solution-based dialog about policing and law enforcement in Greensboro.  It is planned for Thursday, June 18, 2020, from 6:30 p.m. to 8 p.m.  The event will be held on a Zoom meeting.  Anyone interested in being on the call should email the GCJAC to receive an invite by clicking here.