National Police Week begins on Sunday, May 10 and ends on Saturday, May 16. May 15 is also recognized as National Peace Officers Memorial Day. 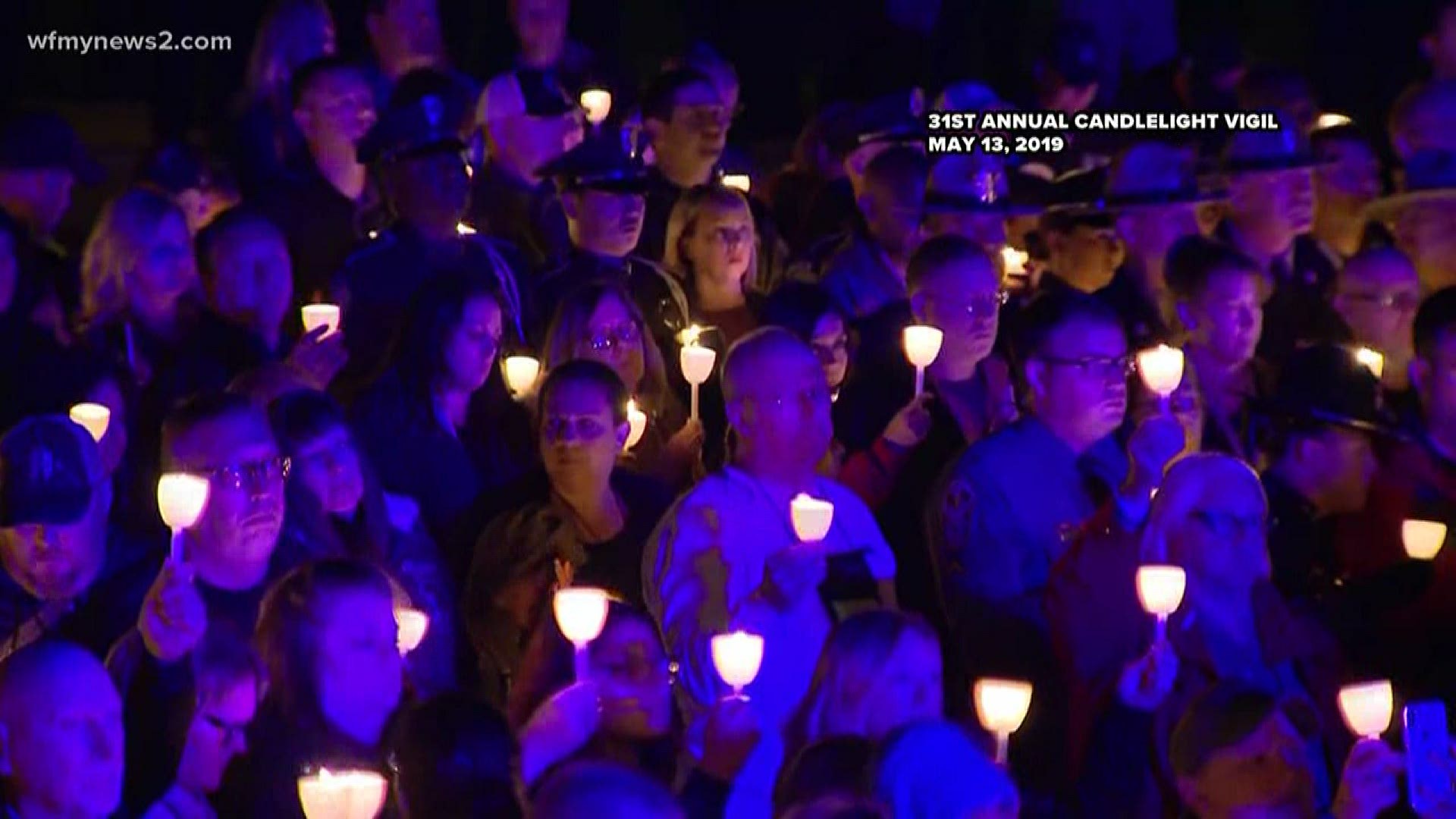 GREENSBORO, N.C. — National Police Week begins on Sunday, May 10 and ends on Saturday, May 16. May 15 is also recognized as National Peace Officers Memorial Day. It's all about honoring and recognizing law enforcement officers nationwide who lost their lives in the line of duty.

Due to the coronavirus pandemic, this year's 32nd Annual Candlelight Vigil was held virtually on Wednesday at 8:00 p.m. During the online ceremony, special remarks and the names of each of the men and women who died in the line of duty during 2019 was read aloud.

"The current crisis that our nation and the world is facing has resulted in the cancellation of public gatherings in DC during National Police Week 2020," said National Law Enforcement Officers Memorial Fund CEO Marcia Ferranto. "We will not let this crisis deter us from honoring the fallen. As the future becomes more certain and the end of the crisis is near, we will begin to make plans for an in-person reading of names to honor our fallen officers."

The names of 307 officers killed in the line of duty was also added to the National Law Enforcement Officers Memorial in Washington. That includes two officers who died last year in North Carolina.

"I am saddened that we cannot come together this year to grieve with our survivor families and draw strength from one another on the grounds of the U.S. Capitol, but given the national crisis we must, as we always have, put the safety of the public first," said Patrick Yoes, National President with the Fraternal Order of Police. "When our nation recovers from this pandemic, we are committed to working with the various stakeholders to determine how to best provide families and colleagues who have lost their loved ones in the line of duty the opportunity to honor the sacrifices made by our fallen heroes in the way we have done over the last 39 years."

"It's normally a short service, about 30 minutes or so in length at the Governmental Plaza in downtown Greensboro," said Officer W.J. Fulton, Greensboro Police Department. "It's complete with the 21-gun salute, representatives from each agency give their remarks, and then flowers are layed at the memorial for each officer."

"It's different not being able to give a hug to a family member or shake somebody's hand and express personal condolences," said Officer Fulton. "These are uncharted times and it's nothing like we've ever experienced before." 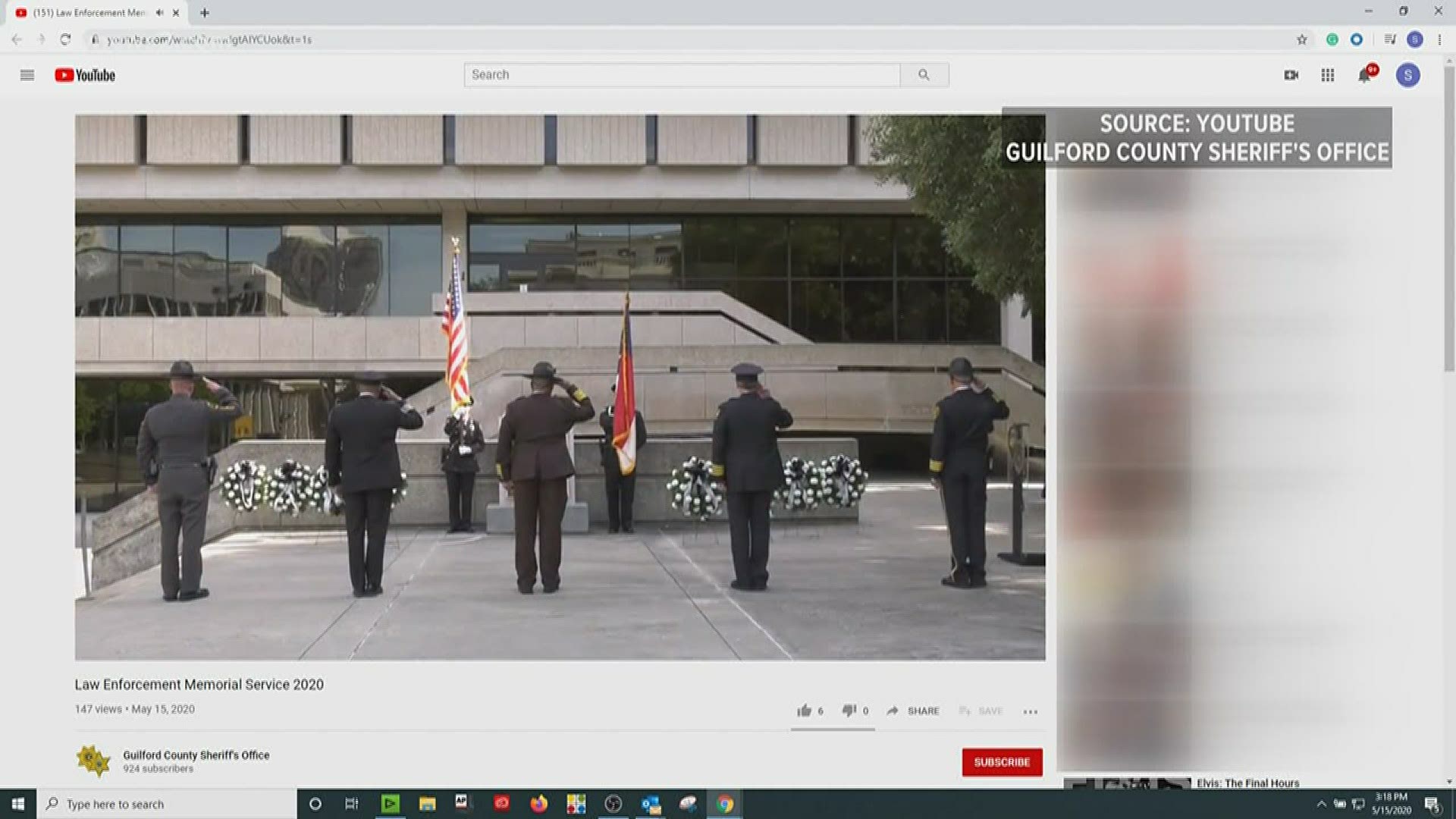