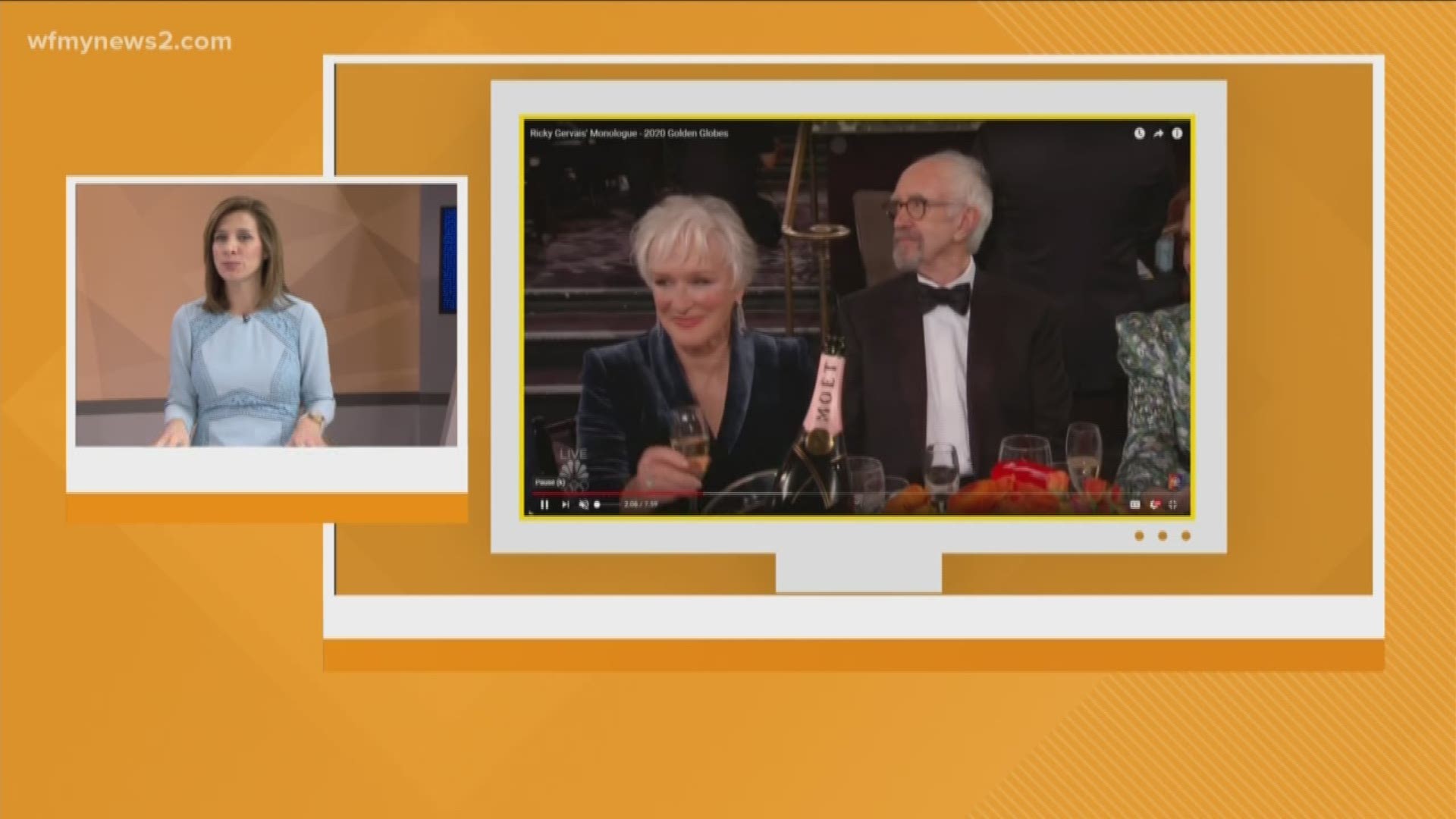 Last night at the Golden Globes, Ricky Gervais' opening monologue got a lot of reaction. That's because he tore through the Hollywood elite. And the audience had a mixed reaction. Let's talk about some of those reactions. First up, Jonathan Pryce expressed a strong dislike when Gervais said something like, "TV execs all terrified of Ronin Farrow. He's coming for you." Pryce leaned back, tightened his lips and turned his head. You distance yourself from something that you don't like. And your lips will automatically tighten as well.

After Gervais' joke about Jeffrey Epstein, there was a trio of responses from three actresses. Cate Blanchett closed her eyes as a way to block out what she just heard. Lauren Gilmore was a bit bothered by the joke as both her lips and eyelids tightened. Your eyelids will tighten when you're feeling angry. Your lips tighten when you hear something that you don't like. And your lips also tighten when you want to stop yourself from saying anything. Sienna Miller, on the other hand, thought the joke was funny and gave a sincere laugh.

Leo DiCaprio was slightly embarrassed being called out for dating young women but took it in stride. His chin dipped down slightly and yet, he nodded his head in agreement. He owned the truth.

Share your thoughts on my Facebook page: Blanca Cobb-Body Language Expert. Write a message on my timeline and I'll get back to you. While you're on my page, I'd appreciate it if you gave my page a "like".