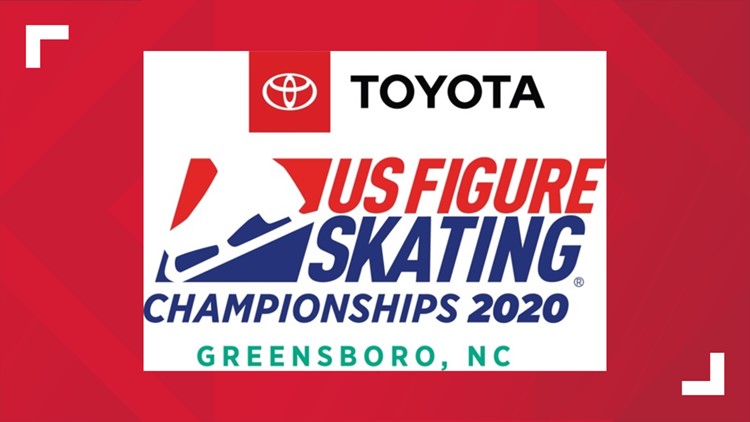 US Figure Skating Championships in Greensboro are nearly here!

Greensboro will once again be home to the US Figure Skating Championships in 2020.

The week-long event will take place January 20-26. It's the third time this decade that Greensboro will host the Championships (2011 & 2015).

U.S. champions will be crowned in ladies, men’s, pairs and ice dance at the senior and junior levels of the U.S. Figure Skating competitive structure.

The U.S. Championships serve as the final qualifying event to make the U.S. World Figure Skating Team every year and the U.S. Olympic Team every four years.

Tickets for the U.S. Figure Skating Championships are on sale now at Ticketmaster.com and the Greensboro Coliseum Box Office.

“The Championship Weekend Ticket Package is one of the most popular options for figure skating fans, “ said Hill Carrow, chairman of the Local Organizing Committee. “The Weekend Package includes five Senior-level competitive events and the Skating Spectacular, for a total of six premier ticketed sessions. For the best seats, fans should purchase their packages as early as possible.”

The Weekend Ticket Package features five competitive events featuring the top level of skating athletes in the country. Four of those events will be medal rounds, where national champions in Ladies, Men, Pairs, and Ice Dance will be crowned.

Also included will be the Opening Ceremonies, Men's Short Program, and the Skating Spectacular.

The Weekend Ticket Package sessions will include one session Friday night, January 24; 3 sessions on Saturday the 25th; and two sessions on Sunday, January 26.

The U.S. Figure Skating Championships, will be celebrating their 105th edition in North Carolina and its third edition in Greensboro. It is the nation's most prestigious figure skating event, with past champions including Michelle Kwan, Kristi Yamaguchi, Brian Boitano and Scott Hamilton.